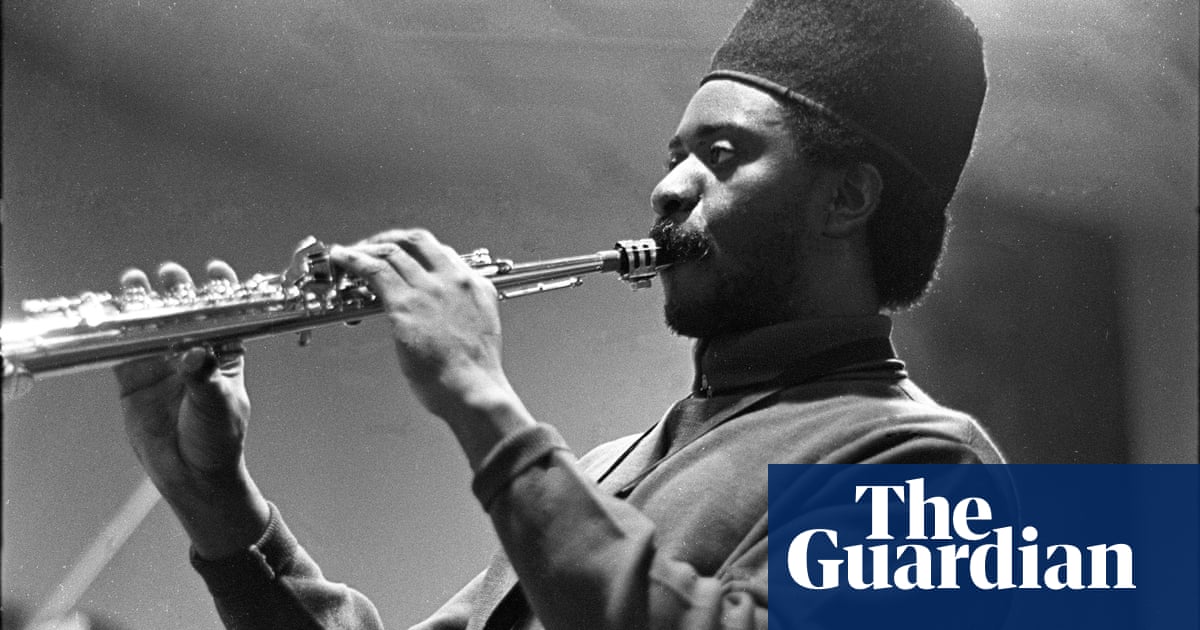 I remember see the great Pharoah Sanders at the Symphony Space in NYC sometime back in the late 1970s. Fantastic concert which featured the entire Sanders’ group playing in the orchestra has the pit itself rose up and down. Playing “The Creator Has a Master Plan” with Leon Thomas on vocals. Spiritual jazz at its best!
Available on Tidal and Qobuz 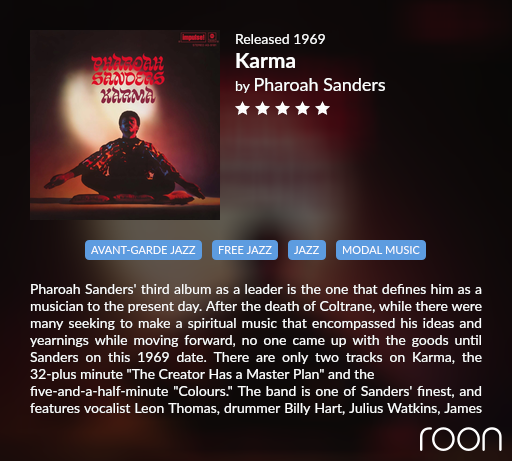 My favorite album from 2021 was Promises by Floating Point. Pharaoh Sanders’ contribution raised the music to another level. RIP.

Privileged to see him in Atlanta circa 1985. Surprisingly, had some “get up and dance” numbers along with his most known for “spiritual” jazz. I first heard his “Creator” track (album side) in 1970 and was blown away. The core of that track transports me with images from the near end of Kubrick’s “2001”, flying past kaleidoscopic colors and shapes.

Most probably know he got his start in Coltrane’s band in the 1960’s. He adopted the name Pharoah in the early 60’s while staying with Sun Ra while just getting his start (born Farrell Sanders).