When I think about it, Roon also converts DSD to PCM for volume leveling and other DSP, so the DSD/DSP drawback is probably not something to worry about for the RME DAC.

so the DSD/DSP drawback is probably not something to worry about for the RME DAC.

This is assuming someone wants DSP applied to their DSD files…

If someone doesn’t care for DSP applied to DSD and doesn’t want their DSD decimated, DSD is not an option with the headphone output on the RME. In this case, would need to use a separate headphone amp for DSD playback (without decimation), as I mentioned above.

This is assuming someone wants DSP applied to their DSD files…

If someone doesn’t care for DSP applied to DSD and doesn’t want their DSD decimated, DSD is not an option with the headphone output on the RME. In this case, would need to use a separate headphone amp for DSD playback (without decimation), as I mentioned above.

Strange they designed the amp like that. The Pro-ject S2 Digital plays DSD to hedphones, unfourtunately the headphone amp, IMHO, is not so good.

Trying out the state of the art (and underpriced) THX 789 headphone amp. Taking headphone amp duties away from the Pro-Jec S2 DAC and letting it do it’s core function, and letting the THX amp do it’s thing - I’m super impressed. Under the advice of THX Engineer Andrew Mason, I’ve connected them using very short RCA-to-XLR interconnects. Interconnects are custom made Belden 1804A (silver plated) using John Swenson’s shielding method (for those of you playing at home

I think the reason is that they found volume control in this way gives better sound quality compared to do it with the DAC chips (like Pro-Ject Pre Box S2). The Halo DAC I linked earlier also had this “feature”, so I assume its for a good reason.

They also have the loundness function, which applies progressively and configurable more boost the lower the volume, which I think is a very nice functionality, but which probably requires the volume to be done in DSP

Unlike the Halo DAC, the RME lets you decide yourself if you want to use is as a pure DSD DAC with no DSP, or as a regular DAC/preamp/headphone amp.

Anyone successfully using the RME ADI-2 DAC with an Allo USBridge? I don’t see the DAC listed on the @allo.com DAC compatibility matrix.

I’ll let you know next week. I took one for the team and ordered the RME DAC…

Nice! Looking forward to reading your impressions. Should be the last DAC you ever buy… 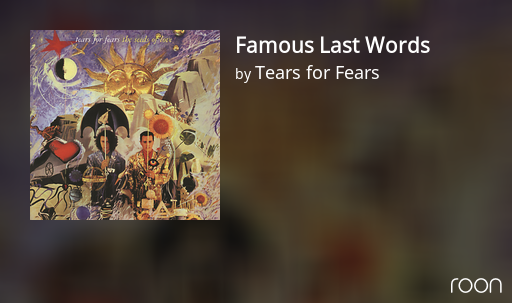 Should be the last DAC you ever buy…

This DAC is interesting but based on what I’ve read about it, it offers typical pro-audio sound. Extremely good if not best possible details, resolution and clarity but lacks life, depth and punch in the sound. Probably great on monitoring but bad for enjoying music. Will give it a try though if I can get one for demo from my local dealer.

Dutch & Ducth 8c, Kii Three, Genelec The Ones are all made both for studios and HiFi use, Benchmark DACs are primarily a studio DAC but used a lot by HiFi people, and there are many more examples.

Besides, you can easily correct the frequency balance in Roon, in case you want more bass or whatever (or on the RME DAC, it has a nice digital PEQ).

I can confirm that the ADI-2 DAC appears to work just fine with an Allo USBridge. I tried PCM 768K with no issues. No DSD (native or DoP) tested so cannot comment on how well that works.

Interestingly, an Allo Digione could not do 192k (96k was fine) over SPDIF to the ADI, a Hifiberry Digi+ Pro had no issues.

Anyone tried the PEQ on the RME and compared it to PEQ in Roon? I seem to recall reading that the RME had internal headroom, and if so there is no need to use headroom in Roon.

According to its specs the Digione’s S/PDIF
interface chip supports up to 192kHz/24bit resolution.
@allo.com any idea what might be the reason this doesn’t seem to work talking to the ADI-2 DAC.

Interested in this DAC/Amp combo to replace my Jotunheim for headphone listening. I’ve always been intrigued by Crossfeed to make headphones sound a little more natural and the flexibility and performance of the unit seems unparalleled for the money.

It’s been out for a couple of years now though which makes me wonder if there will be a new version coming soon?

The HiFi version is called RME ADI-2 DAC and has only been out less than a year. It lacks D/A conversion but has more convenient HiFi connections and more accurate clock. its also a lot cheaper (around $1000). Here is a review: https://headfonics.com/2018/04/rme-adi-2-dac-review/

It lacks D/A conversion but

Compared to the Pro model, it lacks A-to-D conversion.

Neither lack D-to-A conversion though