At time when I bought it, it was only $80 (open box I think). It seemed bigger bang for buck.

It’s a dropdown that you need to set to “Disabled”, kind of like what’s shown here.

Let me know if you’re still stuck and I can check the exact placement.

4 posts were split to a new topic: ROCK on 4th generation NUC 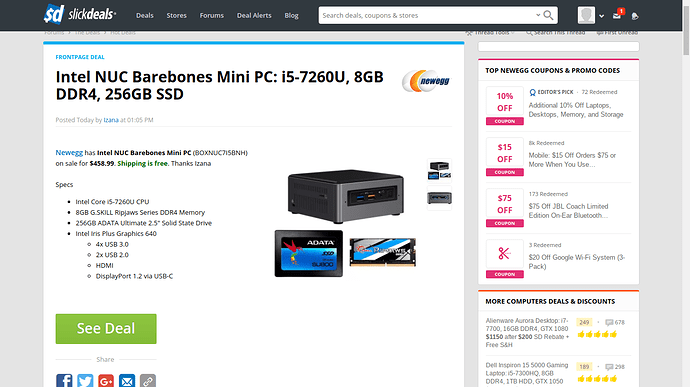