Prior to update it was instant. Now I find it variable as above. Sometimes I reboot thinking that helps.

I have gotten used to searching on artist name va scrolling by artist and selecting artist.

A post was split to a new topic: Thoughts about other posters, bugs and design

I’m only hoping that the designers will realize that we don’t need both a thumbnail in the lower left, and a large album cover above it. The common sense decision will be to eliminate the thumbnail on that particular page or view, move everything as far down the page as practical (such as the row of icons) and thereby leave as much room as possible for the largest possible illustration of the album cover. We hardly need both a thumbnail and an album cover on the same page or view. That would be the software equivalent of a complete oxymoron.

Like Charles, I’m hoping that see a better balance for overall user design, and Roon can once again deserve the description that I applied and originated, in the thread “Why Roon is fabulous, with or without Tidal.”

As to when all of this will happen, I always assumed it would take at least 45 to 60 days. Roon is not known for being quick when it comes to software releases. The notes on the new features of 1.6 were posted 27 days ago as of the date I’m posting this. So we all might as well be patient. I’d be delighted to be proven wrong on that, however.

A post was split to a new topic: Extremely slow playback of Qobuz

happened this morning on launch (Mac Mini running Roon Server shuts down every night) All Qobuz purchases that Roon 1.6 didn’t add on first launch, when initially released, have been added this morning + all my favourites anew

And, even worst, all have been added as “added today” so my preferred sorting “By Date Added” is now completely useless! (have been working on it since the initial mess Roon 1.6 did. Now I’m back to weeks ago)

About the latest Build 401 release. Thank you for bringing back the old style waveform, much better. But there’s small bug with it, the waveform overlaps with the Zone name. See attached screenshot. 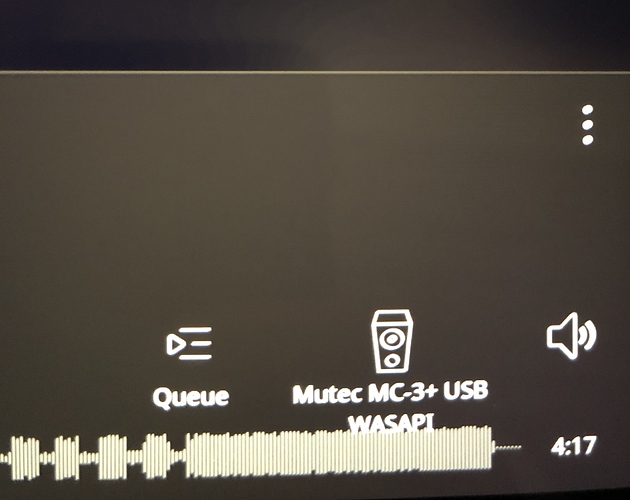 Yes! The new build now playing screen is much much better! Thank you Roon team!

Was hoping for even larger album art but can’t always get what you want.

there’s small bug with it, the waveform overlaps with the Zone name

Yeah we caught that just a few days ago – too late for this release, but already tracked in a ticket.

We’ll get that fixed soon. Thanks!

Thanks Roon! The now playing screen with album art is wonderful. Much appreciated!!

I like the design changes on now playing screen but I found it handy that i was able to swipe through the pages. Now they need to be selected from the upper right corner.

Nice delineation from the album results.

Much thanks to the Roon team for a much-improved Now Playing screen! Kudos!

That’s much better. All the changes are an improvement.

Thanks for The Return of Album Art. Big improvement.

Certainly not fatal to usage. I have always found Roon’s navigation to and from “now playing” to be confusing.

A symmetrical waveform is SOOOOOO much better, thank you!