Thanks, I missed the earlier discussion.

I like some aspects of the latest release. But ultimately it’s not working for me. I run Roon on a tablet PC with my iPad mini or iPhone as a remote, so that I can display album art and song details on the full 12” screen. The new release relegates the display of that art and info to the same tiny size that many streamers include, around 2-3”. So the latest release takes a step backward for me in enjoying the experience. If full screen doesn’t become an option again, I’ll evaluate other options. 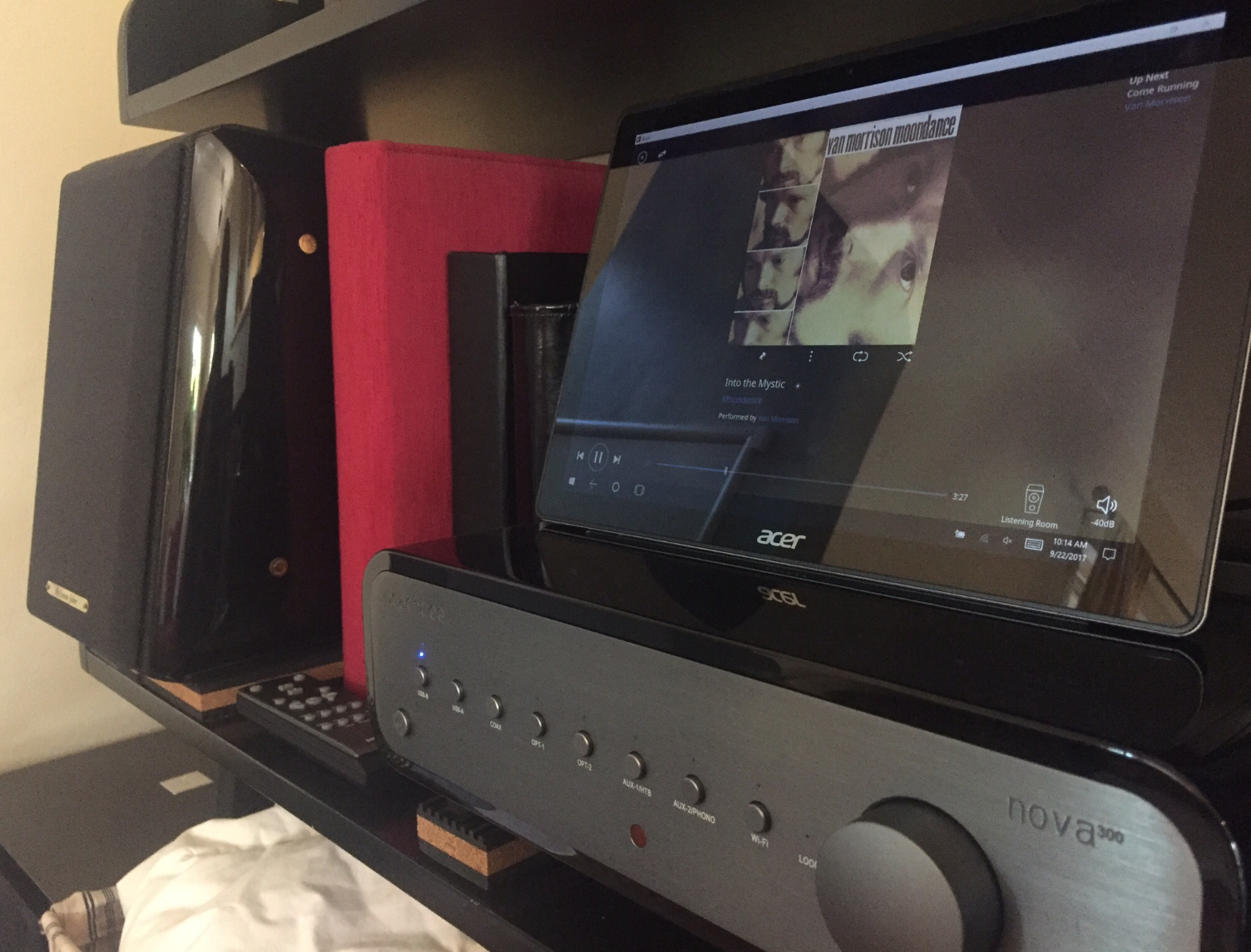 I suspect you missed this:

I got into Qobuz beta this week. I have long complained on these forums about how awful Tidal is and between the beta and 1.6, I’m in heaven and I don’t normally listen to classical (raised by parents who had NPR on night and day). But the music I’ve already discovered … a 5 hour playlist by ECM records, Jeremy Denk’s magnificent c.1300-c.2000, I mean this is fantastic. There’s only one sweeter sound, the sound of flushing Tidal.

There’s only one sweeter sound, the sound of flushing Tidal.

However, while we’re giving constructive feedback to this thread what I will say is that the new Roon Search is still not parsing or returning results for Tidal playlists.

That’s the much bigger issue. Is there any reason it isn’t technically possible to do?A search directly from Tidal does give playlist results.

Virtually all ECM albums are available in Tidal, mosty in MQA, which is important to me, at a lower cost than Qobuz. I don’t see your point.

If you want this capability add it as a requested feature.

Describe the 1.6 release in one word. I’ll start…

I was experiencing a lot of slowness, too. Try restarting the core. That fixed it for me.

Why is it a “feature”, as such? Regardless, it was subject to a feature request in 2015.

It just seems plain odd that a search in Tidal yields more complete results than a search in Roon. Seems like more of a bug than a ‘this would be nice to have’.

Amen. And, I’d still like to specify an Internet station. I mostly play classical and the idea of a Roon radio is absurd.

I think 1.6 is a step forward. The release exposed a fair amount of work that needs to be done to bring every page up to spec. But radio is better, Qobuz integration is a significant milestone, and I think it looks pretty good.

Roon is the best thing that happened to me for a long time. I enjoy listening to and reading about my preferred music on my iPad. My 6 year old son likes the pics and started to follow the lyrics since he learns how to read now.
Thank you Roon!

If the request to give each skipped track a reason is still bugging you I thought that I would mention that it does not do this if you use the keyboard navigation. Thus on my iMac if I choose next track the dialogue does not appear. Of course, if you are using a different device to control it then this does not help you.

Hello everybody, it is interesting to see and read that more and more people think that they are entitled to their opinion and take all that so enormously serious . everything comes with so much energy and weight as if its some real , some serious problems were discussed .
As someone else wrote in this thread, there is no software without bugs .
While listening to my music and exploring other things Roon shows me , I am concentrated on what I am doing there . I not often saw or heard anything worth mentioning , and it never crushed .
Good Job, thx for that . Fair value .

Everything else are just my thoughts and whenever I share them I better be polite and respectful .
And understand that how others intend to work and bugfix is non of my business .

As I mentioned earlier, I’ve gone back to JRiver until roon fixes the now playing display. I stopped my Tidal hifi subscription because I only use it with roon. I will take another look at both if/when roon has a new release.

It occurred to me, though, that the clock is still running on my roon subscription even though I’m not using it. So I’m wasting money. If I at least had a way to roll back to 1.5 I could still get some value from my subscription.

True but it’s somewhat unusual for a function or feature to be eliminated with a new release. Not that it has never happened - I’m sure there are examples – but usually there is some logic behind it like “we lost our license to that patent” rather than “oops.”

I’ve gone back to JRiver until roon fixes the now playing display. I stopped my Tidal hifi subscription because I only use it with roon.

You know, the “Now Playing” screen is not stupid. The large album art was eliminated and we requested they “fix” it. It’s been like a month and apparently they’re still trying to fix it. If it was just a stupid screen then why are they taking so long? To me they “broke” this feature. I think it’s reasonable to say, “what’s the damn hold up???”

You can still get the large album art amongst many things in a couple of clicks. It may not be perfect but to stop using it seems extreme to me.
What on Earth is perfect always?
Pointing it out is fine and it will be done soon, Roon have stated.
This doesn’t seem like a recipe to a happy life to me but I suppose it takes all sorts to make a world. I’m stunned in disbelief…