Roon ARC + CarPlay + Tesla! How I got Apple CarPlay working in my Tesla Model 3 along with Roon Arc and Native Roon App on the large OEM display!

Apple CarPlay in a Tesla is made possible by the great work of an enthusiast over at https://teslaandroid.com aka Tesla Android. In short, it runs Android OS on a Raspberry Pi and then allows the native Tesla web browser to access the display so it shows up on the Model 3’s large screen. While still a work in progress, it works very well in its current form and will continue to improve over time.

Using an app called “AutoKit” and a $50 “carplay” dongle… I’m able to connect my iPhone to have a full Apple CarPlay experience on the display. 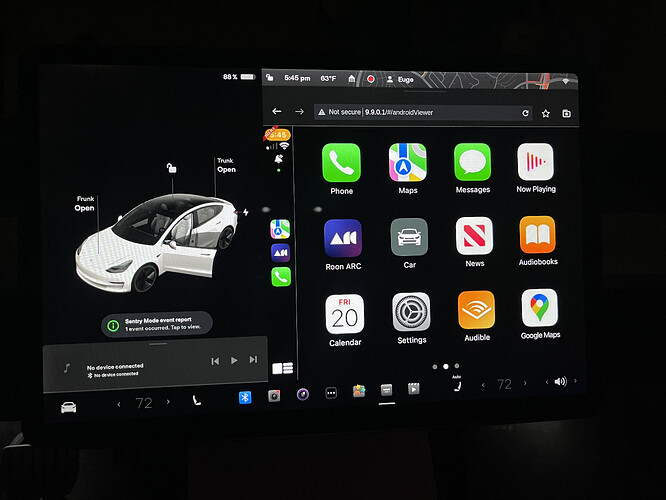 This works wonderfully for those who really enjoy the CarPlay UI. The audio itself is simply Bluetooth (AAC Bluetooth codec to be exact) and is “fine”… but even though I know it doesn’t make much difference in a noisy car environment… the wannabe audiophile in me wishes the Tesla had a true “aux input” so I didn’t have to use a lossy bluetooth codec. 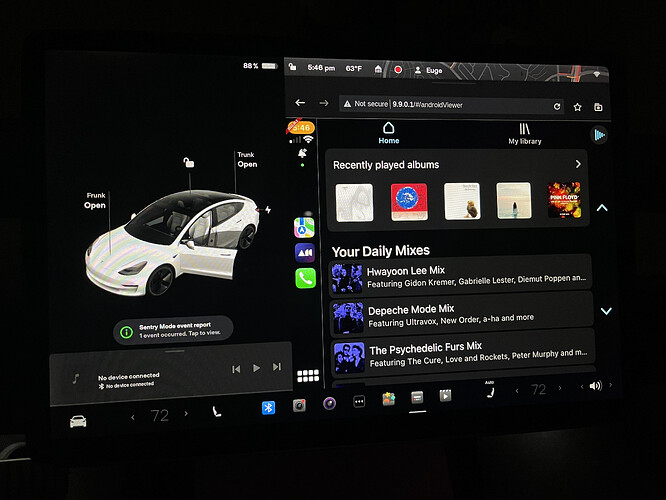 Well… the next version of Tesla Android has huge improvements in sound quality from the web browser! I haven’t tested yet but the developer promises full bandwidth and lossless audio from any native app running on Android! Amazing, this will basically be my “aux in”. So another route I tested was actually running the native Roon Arc app on Android instead of via CarPlay (where the audio must go via lossy Bluetooth). 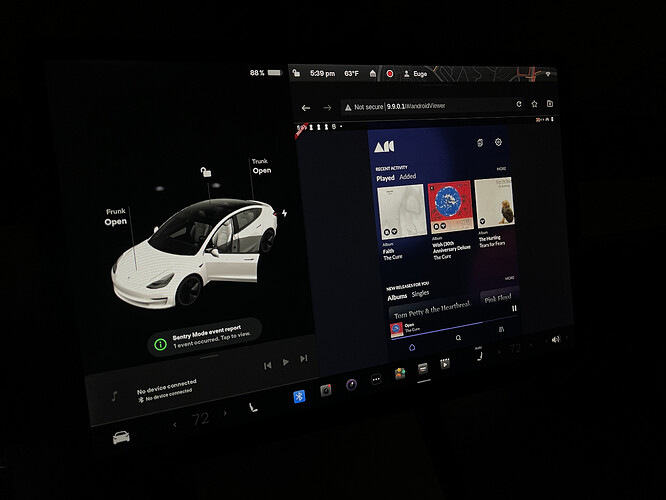 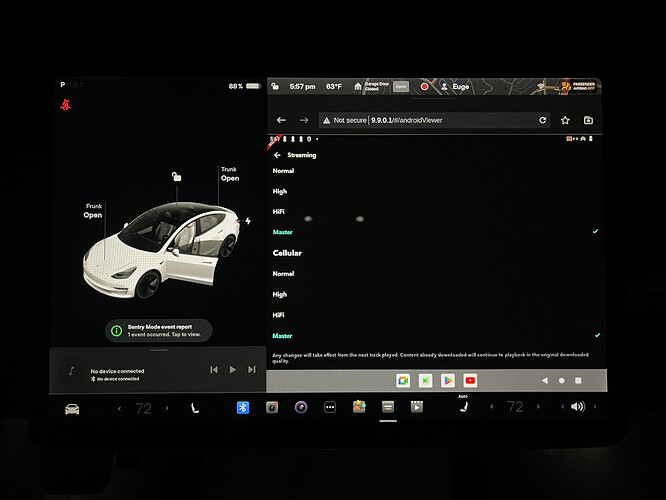 And even the native Tidal app (no Roon involved) works well, which is an improvement over the Tidal app built into the Tesla Entertainment System because that only streams lossy Tidal music unless on WiFi or having the songs previously downloaded. Running the actual Tidal app on Android will let me select “lossless” quality music even over a LTE connection.

PS. Right now I have a dedicated LTE model plugged into the Raspberry Pi for internet access but the next version of Tesla Android will support getting internet directly via the connected iPhone.

Anyhow… just wanted to share some stuff I was playing with!