Just wondering whether Roon will have a booth running?

yes, from what I can see here
http://www.highendsociety.de/index.php/en/brandlist-2017-visitor.html#MR

Great, with a bit of luck I’ll be at the show.

If you do and if you catch the Trinnov-(Roon)-Vivid Audio demo, I’d appreciate your feedback

We will be in town from Tuesday to Sunday… Rob/Steve/Enno/me(!)

As far as I know, @crieke is showing up too.

We have a booth to man, plus a ton of partner meetings, so it’ll be busy, but definitely come say hi.

We are booked for every dinner, but should be around to meet up for drinks after if you’d like to hang out.

I’ll check my PMs while I’m there, so feel free to PM me and I’ll tell you where we are.

Yes, arriving on Thursday. But I will probably be at the exhibition on friday and maybe the days after.

Photos please (or we will photoshop you all into the front row of a Justin Bieber concert).

Such a civilized way to travel

See you all at the show! 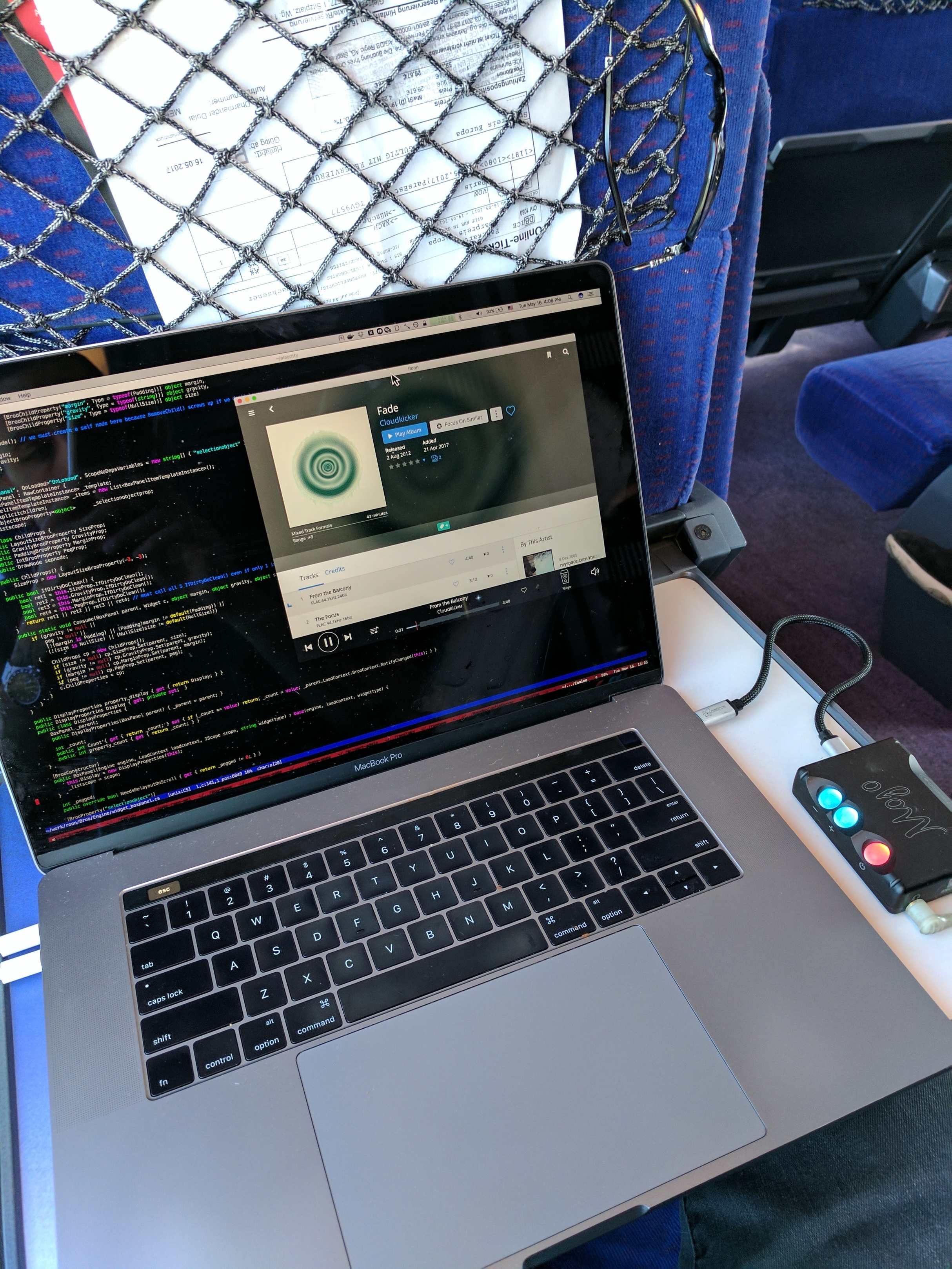 Won’t be able to make it (work stuff

), but have a great show! And remember:

Is that a semi-hidden Mojo endorsement there?

I really am enjoying the Mojo a lot… great UX and sound, and it’s the rare device that looks and feels much better in person than in the photos/videos. It also happens to be built like a tank.

The only downside is micro USB and not USB-C… But that’s only because I’m mostly all USB-C now.

And you’re welcome to it as we Brits would say

Joke appreciated but I’m looking forward to my German passport.

Sadly can’t make Munich this time because of family reasons.

What cable are you using between Mac and Mojo? I can’t tell from
the photo.

As a UNIX & Linux dinosaur, I love the Esc “button”.

Ugh, someone found a way to make vi worse.

As a UNIX & Linux dinosaur, I love the Esc “button”.

I almost never press Esc in vi, but Ctrl-[ instead.

To pretend that I’m not off-topic, let me mention that Lumin has a booth at Munich with Roon running on QNAP TS-453Bmini, bought specifically for this show.

I was about to sell my mojo due to constant drops from my ipod touch 6
(remember the ios update 10.3.1 was locking out non iso devices
https://www.whathifi.com/news/apple-ios-update-prevents-dacs-working-your-iphone)
(now fixed with the10.3.2 update.)
instead I discovered it was the cck cable breaking inside from prolonged bending/straightening out
(i’d sometimes swap out my mojo with my dragonfly when I didn’t want to carry around a brick)

but back to my point: I was to sell my mojo to fund an ibasso dx200 but once I got things fixed up (new cck cable) i’m now listening more and more to my mojo…fab sounding little device.