Been testing Roon for over a month now and 2 weeks ago, I’ve decided to move from Meridian Sooloos and over to Roon. Old music storage was located on an Meridian MD600 with 2x2TB drives in RAID1. Main reason for moving over was the Tidal integration and functionalities that Roon offers.

I was reading about the Nucleus and looked for what would be the best Roon Core for my setup.
Nucleus is quite priced nowadays in Norway and does not include any storage device. Since I like to have control of the Roon Core myself and choose hardware myself, I decided to build my own Roon Core by separate computer parts and a cabinet that looks nice in my AV rack. Nucleus does not look bad as well, but this was not a part of the decision I made in the end anyway.

Computer parts were carefully chosen and I know in the end it would be overkill for a Roon Core anyway. But, except of the SSD drive I choose, the home made Roon Core would be under half price for a Nucleus. Computer setup is shown below.

The computer was built and here is some pictures without the cabinet cover on: 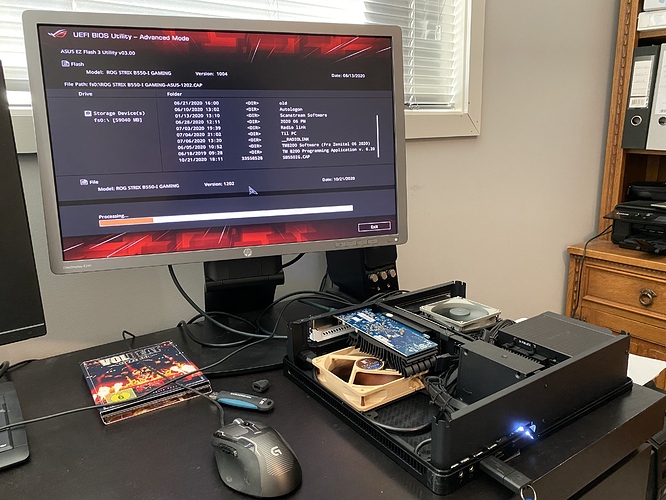 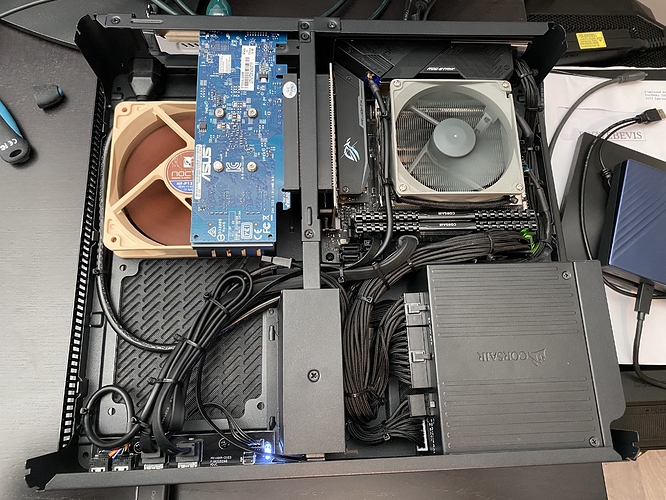 I decided to run the Roon Core with Ubuntu Serer 20.04 LTS.
Installation went fine, but after first boot I could not get any network. After some time, I found out that the latest Ubuntu Server image I’ve downloaded was running Kernel 5.4 and did not have support for my on board network card. Updated to Kernel 5.9 and all drivers now installed properly.
I also removed the cloud-init that comes with Ubuntu Server and updated Ubuntu to latest version.

Then I installed the Roon application by following the guide here on the Roon site.
After that, I decided to stress test the Roon Core to check temperatures with s-tui.
CPU bumps up to about 80 degrees Celsius after some minutes, but after stopping the stress test, it went down to 45-50 degrees. With load when using Roon or at idle, there is no noise from the computer. The fans are running very slow and I can’t hear them unless putting my ear close up to them. This was the main goal to make it totally silent and I can say I achieved this by a good margin

Next, I did the following:
Installed Samba and moved my 800GB music library over to the new SSD
Setup rClone with Dropbox to keep a backup of my library in the cloud

Then I enjoyed playing my music for some days on a Meridian Audio 7.1 channel setup.

In additional, I use an Oppo-93 and Sony 4k Blu Ray player to the Meridian 861 via HD621 to extract the multichannel SACD or DVD-Audio disc’s to the surround system. From the Blu Ray player, the HDMI 2 output is connected to the HD621. The HD621 and 861 is connected via an MMHR (Meridian Proprietary) cable, basically an CAT cable. This has been working flawlessly for years.

The ID41 card’s were showing up as zones in Roon and I can’t say there is any degrading in the sound quality from Sooloos to Roon. For playing music in DTS, I have to stream to the 861 to get surround and I had the same thing with Sooloos before. Playing in Trifield is fantastic!

Next thing would be to try Multichannel from the Roon Core and this was not a straight forward job in Linux, but I’ve managed after some hours. Short version below.

First, there need to be a video signal from the Roon Core in order to get HDMI sound output.

Finally, I had picture and a simple desktop with a background.
Guess the XORG was installed by the NVIDIA driver installation.

Next, I had to enable the HDMI port as a zone in the Roon settings.
Followed this guide: Link

In the end, I finally could play DSF64 5.1 files out from my Roon Core and other multichannel albums in FLAC or DVD-Audio format I had in my library. I could see that the Roon Core was converting it to PCM and Channel Mapping from 5.1 to 7.1. But, there was something really strange with the sound…I could clearly hear a some kind of a “surround echo”. It sounds like all the instruments were in all channels and really sound bad for me. The 861 was set to same presets as before when playing multichannel, but there was something wrong.

I decided to try a multichannel SACD in my Oppo to see if the issue occurred.
The same echo in the surround was from the Oppo to (different HD621 input), even with the same preset. All tracks sounded to loud and really not surround to my ears at all. I asked myself if the Roon could have changed some of the parameters in the 861 or something, but that is impossible.

I’ve been reading here on the forum and I my next move will may be to to use the HDMI input on the OPPO as a transfer media to my HD621, but I’m a bit afraid to mess up something now. For me, I can’t really see that the HDMI can break something.

Anyone with any suggestion or comments for my setup?

But, there was something really strange with the

Can you post some Roon Signal Path images both of these cases.

Here are some screenshots:

Multichannel mixing are now set to Channel Mapping, not downmix.

I’ve also compared Sooloos and Roon streaming to the ID41 card in the 861. There are an audible difference, the sound from my Roon Core is much more strained and playing loud is hurting my ears. Switching back to Sooloos via MD600 and all sounds good again.

Not sure if something happened to my 861, but the whole system does not sound same as before.

There are no presets active in Roon.

In my experience, computer HDMI tends to be finicky. As an 80s teenager, I approve of your album choice, but would suggest debugging without needing DSD to PCM conversion. Start with a regular CD, and see if that works and sounds as you expect, both via the HDMI interface and via the ID41. When that is working, I’d try some multichannel PCM. You can purchase multichannel PCM downloads from eclassical.com, or rip a DVD-A or Blu-ray. Good luck!

Thanks for your reply.
Yes, I have a lot of multichannel music in SACD, DVD-Audio and DTS format and some recordings is awesome in multichannel. Using an old modified PlayStation 3 to rip SACD or DVD-Audio discs.

Back to my sound image issue, this seems to be when playing FLAC 44.1kHz/16bit files to the ID41 as well for some reason. I tried several different albums, sounds very strained and like mp3 sound if you know what I mean.

Another day, I re-connected the Meridian MD600 back and did an A & B comparison with Sooloos and Roon, Sooloos sounded not strained and much warmer. When I switched back to Roon, the strain was back and I could not play very loud before it sounded even more strained.

Like you say, computer audio can be tricky and I’m therefore looking into to buy an Nucleus.
Nucleus is an Intel Nuc 7th generation in another cabinet and I don’t see any improvement in the power supply path. What I fear with my PC build is that the power path, component choice and network card is not good enough when comes to electrical noise. More powerful PC, more noise and etc.

I’m now standing between an Nucleus or Nucleus+ and Intel NUC, but I might fear I will experience the same issue as I’m facing at the moment. Any advice for further approach?
In additional, I will also add an Sbooster MKII LPSU to the power path.

This proves that there is no reason to build something homemade and think it will sound better than a well done product already.

I belive that a NUC Gen.7 in a silent cabinet will sound the same with ROCK. 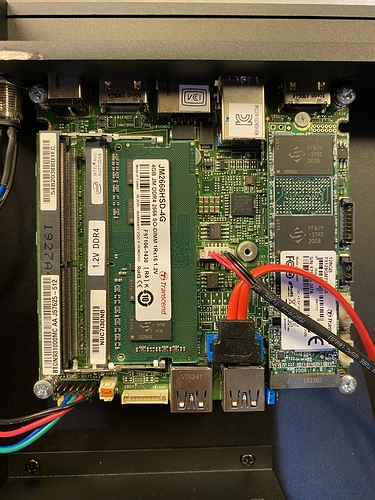 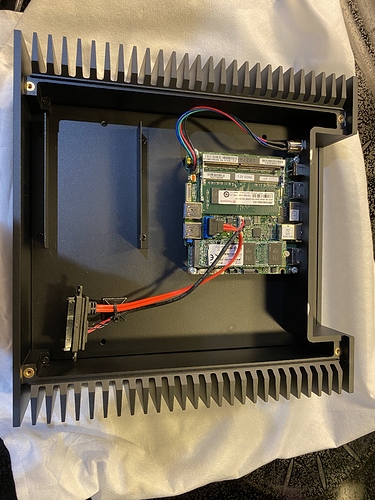