New to Roon, actually just ordered NUC to install ROCK but wanted to see if you have any information on any Roon End point streamer with I2S RJ45 output?

My DAC has USB input but that would be used from my PC and hence only other port to use seems to be I2S RJ45 and apparently it is jitter free and wanted to utilize that port but wasn’t able to find much.

I could go with DDC with I2S RJ45 but trying to minimized the chain.

Have a look at the Sonnet Hermes streamer.

WOW great thanks for the information.

If you already have a streamer there are several companies that make converters with an i2S output. Sonore and AudioByte Hydra are two I use but they don’t stream, they just convert USB or other types of input to i2S. You also need to be careful because not all i2S is the same. Most of the converters have some kind of configuration setting for the different versions of i2S. So you need to make sure that whatever you get, streamer or converter, supports your DAC’s version of i2S. I learned the hard way that just because one device has an i2S output and the other has an i2S input doesn’t mean they will actually work together.

As @ksalno notes, there’s no standard I2S interconnect, either on HDMI or RJ45. Sonnet uses an RJ45 pinout that is also used by Metrum, you should make sure that your DAC uses that same pinout if you get the Hermes.

Oh thanks for the info.
My. DAC ha RJ45 I2S connection and pinout would most likely be different so will get custom cable made to connect them together.

Sent email to Sonnet to get pinout I formation.

Here’s a doc with a bunch of different I2S pinouts: https://www.computeraudiophile.com/applications/core/interface/file/attachment.php?id=29238

Thanks for the link. I actually had that in Excel format but it didn’t have Sonnet or Metrum pinout

Got the reply from Sonnet just now. and below was the pinout information.

Was looking at getting a new one but coincidentally found a 6 month old Hermes on the classified for half the price of new one.

Let us know how this goes, please!

Will do… picking it up tomorrow 10AM … hope this works

Have Sonnet connected to my DAC via RJ45 I2S connection and listening to music now.

Sounds great compares to my RPi via Coax RCA…

Had to make custom cable as pinout is different like below; 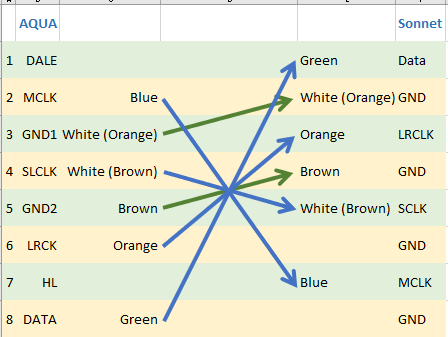 was bit worried as this was my very first I2S cable, made RJ45 network cables numerous times before, but cable turned out OK … 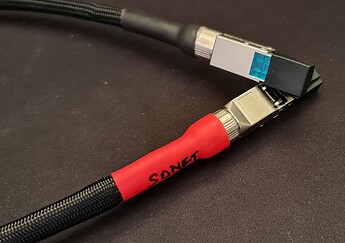 Thanks @spockfish for your awesome suggestion.

Quick update on my quest to get I2S working with Sonnet Hermes and Aqua La Voce S3.

2 issues had to fixed.

First I2S pinout given by Aqua was for older model of La Voce hence the cable had to be in below format; 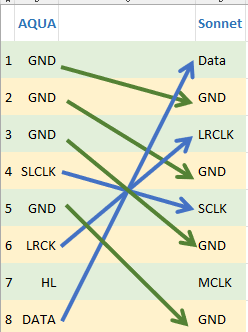 Reason it worked, was all active signal was connected, only change was 2 extra ground connection.

Anyway this didn’t resolve the issue and Sonnet suggested me to use non-shielded CAT6 cable instead.

Wow using non-shielded network cable actually fixed the issue. I thought having a shielded cable would be better but not this time around.

So elcheapo cable with standard RJ45 connector actually worked much better than much more costly CAT8 shielded cable and connector. 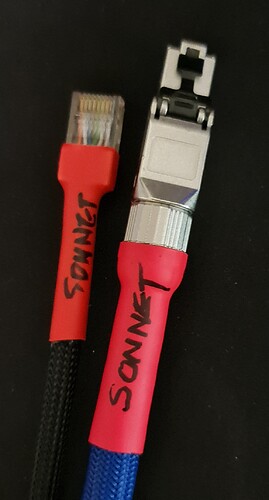 I use the same method to connect la voce s3, but I can’t play the dsd

I use a DIY Raspberri Pi solution using boards from IAN Canada. [20221005_221757] It uses a 5V Akku to power the raspberry and 3.3V Ultracapacitors to power a reclocking board and a HDMI transport board. For the setup refer to page 9 of [this document](https://github.com/iancanada/DocumentDownload/blob/master/UltraCapacitorPowerSupply/PurePi/PurePiManual.pdf) I successfully connected it to my Denafrips Venus II DAC and now have a very well sounding streaming soliution which cost me approx. …