Purchased a Ipad Air2, downloaded the app and within minutes I was up and running.
Super smooth scrolling. It’s a fabulous app.
Looking forward to the roonspeakers app to complete the system.

@Egres and @DonkeyKong , you are both right

RoonSpeakers will broaden this architecture and is one of the feature expansions I’m particularly looking forward to.

I’m in absolute heaven with Roon now that I have the app.

This iOS App is something else. Works seamlessly, is very responsive and an absolute pleasure to use.

Thanks to all at ROON for this and all they are doing with this terrific software. Can’t wait to see what else is in the pipeline.

I went out and bought an iPad Mini 2 today to use as a Roon remote. The UI looks and works great on the 4:3 7" screen.

3 posts were split to a new topic: Audio playback on iPad?

I’m not at home, but I loaded the app on my iPad and was able to immediately see my Roon server from across town. Note: I used VPN. It seemed to work just fine. Obviously, I couldn’t output sound to the iPad, but all features seemed to work from “outside” my home network. I suspect I either have or can get an app that will be able to stream my home system audio to my iPad, so I am pretty sure I will be able to use my Roon server to stream audio to my iPad and then to my Bose Bluetooth speakers shorty! For the moment, the little dog at home is listening to the music. I think I’ll have a temp fix shortly after I get home. 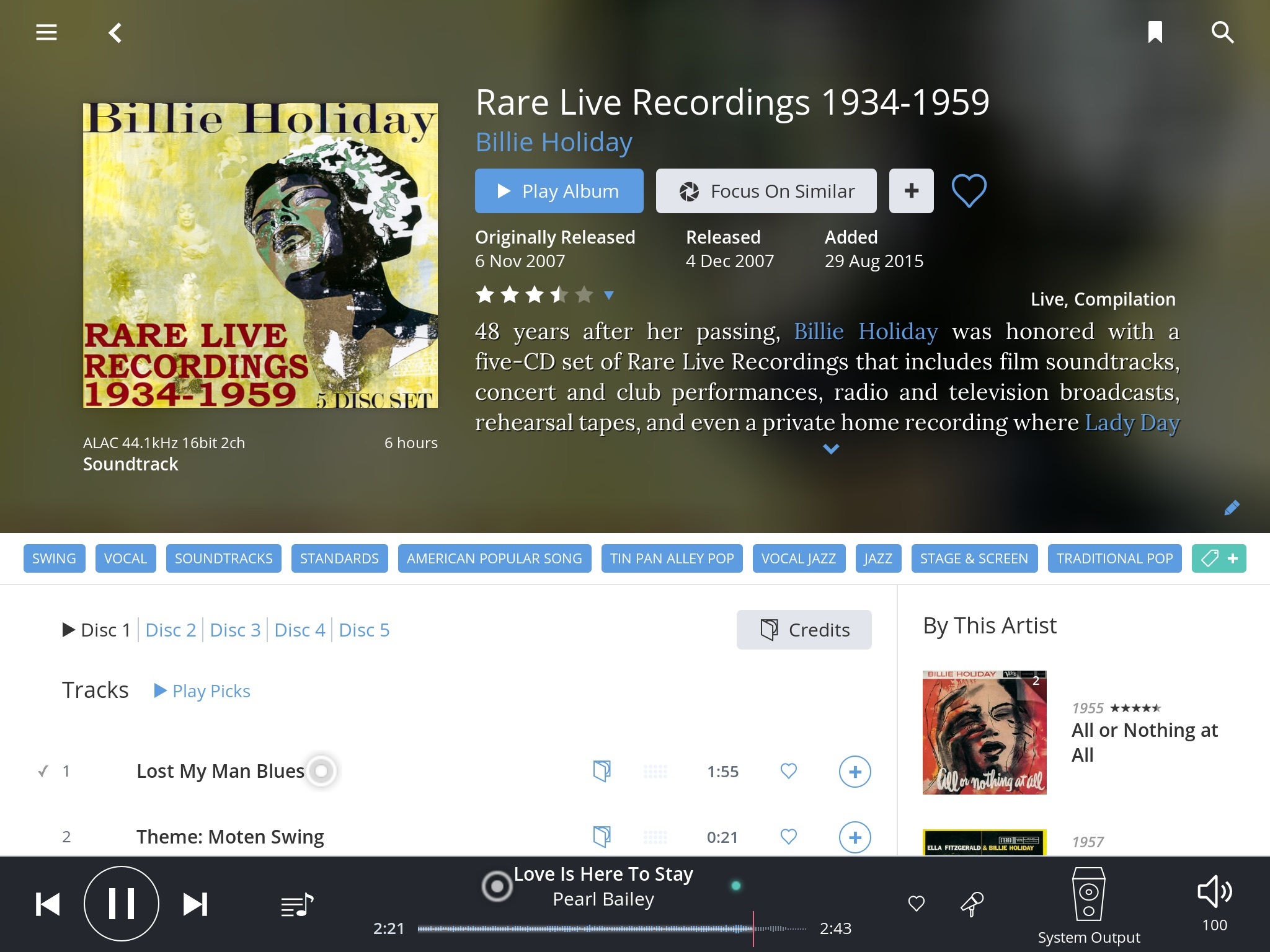 Please let us know when you figure out remote streaming!
Thanks 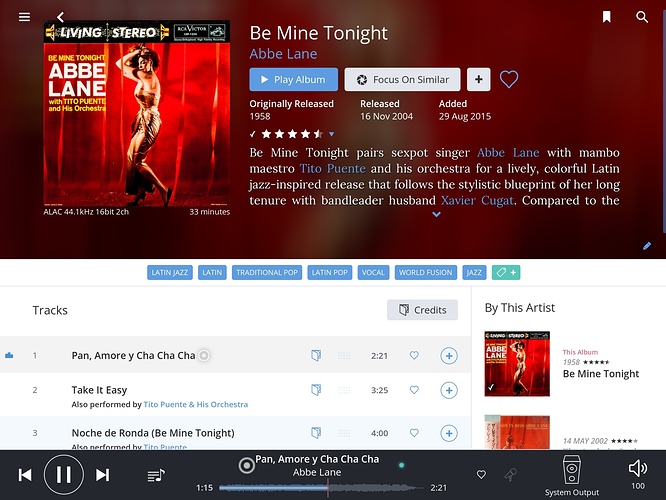 Joe, I’m listening to a high bitrate stream from my home Roon server across town at my favorite cigar lounge. It took all of 10 minutes to configure and 5 of that was because I was configuring my home Mac remotely and dragging and dropping takes a bit longer using a pad instead of a mouse.

This was just “proof of concept” but it is a workable arrangement until streaming is native in the iOS Roon client. Plus, the solution was free! That is, I can listen for an hour of music at a time without having to restart the streaming app on my home Mac.

Let’s just say it’s great being able to sit here on the Jersey Shore out on the big porch at the cigar lounge, smoke a Cuban style cigar, enjoy a snifter of rum and browse my Jazz collection on my home Roon server streaming through my rechargeable Bose Bluetooth speakers!

I have the roon remote on my Surface Pro 3 and thought …hey I’ll use my old ipad , then I can just leave it by the stereo…but sadly only an Ipad 2.

will the roon remote ever work on an Ipad 2 or shall I just bin it ?

There are no announced plans to support iPad 2 and the reasons given for the hardware requirement (64 bit Open GL support) make it very unlikely that such support will eventuate. But don’t bin that iPad 2; check out what you can get for it second hand and what sort of deal you can cut on a second hand or discounted iPad within spec. The marginal upgrade cost could be smaller than you think.

As far as I understand (hope) older iOS devices could be usable as an endpoint once RoonSpeaker is released, though the remote presumably won’t get a port for those.
All just my assumptions of course.

I have to say also that the app is amazing. It works so well, is so slick and such a pleasure to use!
Kudos to the software engineers and designers!

Thought I’d note that with today’s iPad announcements, there’s going to be an extra-large iPad Pro with some very nice new features (but not until November), a new iPad mini 4 (available now, I think) that will put the mini at the same performance level as the iPad Air 2, and no hardware refresh or change in pricing for the existing iPad Air 2. Size-wise, the iPad Air 2 is ideal for me. I wish Apple had released something the same size as the iPad Air 2 with the technology enhancements of the iPad Pro, but since that is not to be at this juncture, the iPad Air 2 will soon be replacing my third-gen iPad (which will trickle down to the spousal unit). I’m very much looking forward to being able to run the Roon iPad app.

Great news for those seeking deals on Mini 2 and Mini 3.

Just got myself an iPad Air 2 today and I must say this remote is pretty damn sweet… I was using Splastop with my 3rd gen iPad and man is this soooo much better.

9 posts were split to a new topic: Roon on iPad with a large library?

My iPad 2 works great as a coaster for the snifter of rum.

Could not wait any longer and got myself an iPad Air 2 today. Wanted to hold on for the iPad pro, but just could not wait…

Applause to the roon guys. Finally an app that controls the whole software. I can listen to sweet music and in the meantime even edit albums.