Roon is an historic piece of software

When I was in Berlin last weekend for a concert, I stumbled over this guy here: 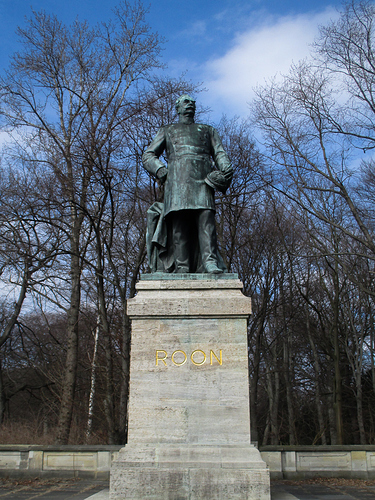 Wow, didn’t know you guys already had a statue going for yourself!

Apparently this Albrecht Graf von Roon was a Prussian war minister. Funny thing, his nickname was “The great silent one”.

Who did you say? How was it?

Oh the concert was great fun, totally worth getting stuck in the snow on my flight back.

I wrote about it here:

Last weekend I traveled to Berlin, Germany to see Jazz at Berlin Philharmonic, a concert series curated by Siggi Loch, boss of the label ACT. The series yielded some very nice albums so far (seven I think), however not every concert ends up on CD. This in fact was concert no. 20 with the title Swing, Swing, Swing – A Tribute to Benny Goodman. And swinging they certainly came out! What a great lineup, so much fun to see those world class musicians in action! NDR Bigband (one of three full time…