Roon is Ugly (in part)

Roon Software Feature Suggestions
James_I (The truth is out there but not necessarily here) April 18, 2017, 8:58pm #1

I thought that title might get your attention. Actually I think Roon is the best looking media player I’ve ever seen, and more pleasant to look at than most websites.

However, in the now playing screen, the empty, white, lonely playlist when using shuffle or any playback mode other than playlists is not attractive and a waste of valuable real estate.

Sure, you can maximize the album art, but then you lose the smaller album art for the song that will be played next. And larger album art is just the start of what could pretty easily be displayed.

I’d like to see the Roon team create a more attractive and higher fun factor now playing screen. I’d like to be able to increase the size of the album art and still have the album art for the up next track visible. Maybe a cool signal path graphic. I’m sure there are better ideas than just an empty white box telling me to add some music when in actuality Roon would play indefinitely from that point. As the likely default screen for many users, it could use some TLC!

Your referring to this space… 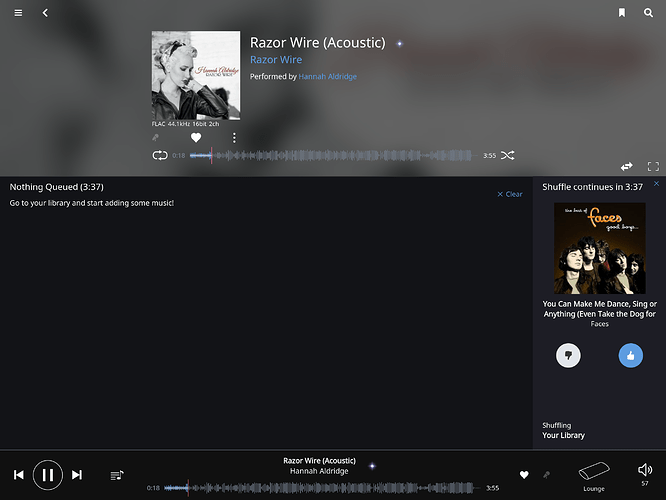 As you say, loads of room for imagination here…

Yep that’s the one.

You could always use the Full Screen mode the [ ] to the right of the zone transfer arrows. While no next track album art you do get the next track coming up

Yes, we know this but here is an area for improvement in time. Not a top priority perhaps as I think function must take that space.
I am sure Roon will just evolve nicely as we send feedback

also you can fill that empty space by building an advance queue with the thumbs up button; I kind of like that. My hoped for visual upgrade is to the basic album page, in which I would like the track listing to scroll independently of the cover art/review window.

I do agree though that “Roon is ugly” is a blatant attention stealer… and in no way true.

Hehe, like looking at a stunningly beautiful woman, zoom in on her left thumb and saying “she’s ugly”

I would like it if Roon added some audio visualizations though, like those fancy screen savers stuff. When running DAC in exclusive mode, no other app can read the sound so third-party software is not applicable. Something like this: 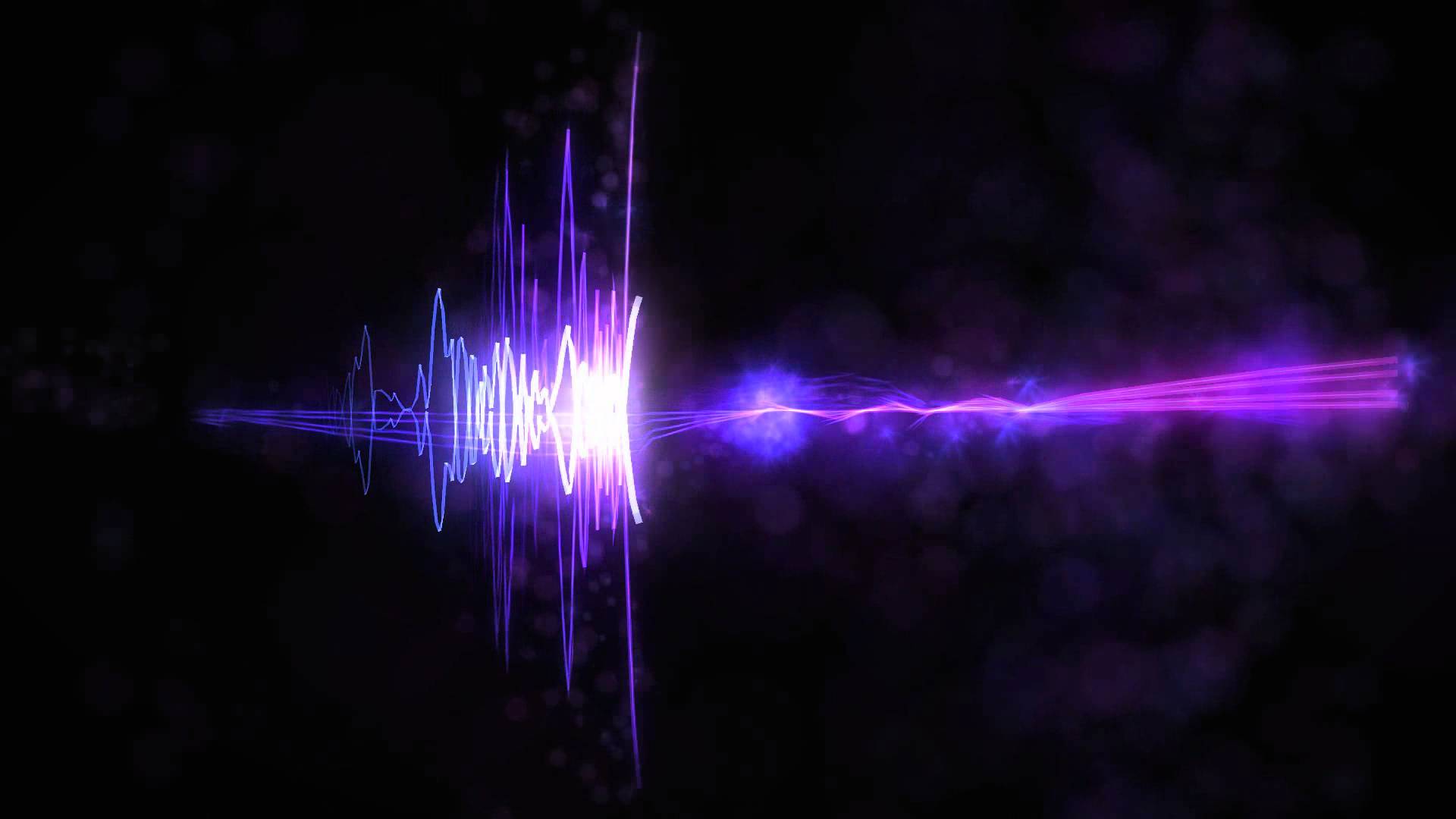 Roon already uses OpenGL, so should not be a problem to incorporate something like this, as an option to looking at artist or playlist.

You could always use the Full Screen mode the [ ] to the right of the zone transfer arrows. While no next track album art you do get the next track coming up

Thanks Wiz. Was definitely aware of that and still think that screen does not do justice to the otherwise beautiful interface. We need a decent 10 foot interface and some additional fun factor with “now playing.”

When running DAC in exclusive mode, no other app can read the sound so third-party software is not applicable.

I’d love a native visualization as well. HOWEVER, you can do this now. One of my favorite things about Roon is the zone grouping that allows you to send a synchronized audio signal to more than one sound output. So, run your fancy DAC on exclusive mode but group a system output with that zone. Then enable “stereo mixer” (or similar function in your OS - I’m referring to Win10) and then you can use third party visualizations that can read from the stereo mixer. Plane9 works this way, although it crashes every few hours.

I have found that most visualizers lag a little bit, so I also use the delay function to move up the system output by a hundred milliseconds or so. I’ve used these third party visualizers to fill the giant hole that is the empty playlist. But I think Roon should take that on natively…