Roon keeps checking for ROCK update [Resolved with a reboot]

I just noted that Roon keeps checking for ROCK update … forever.
Anyone noticed the same? 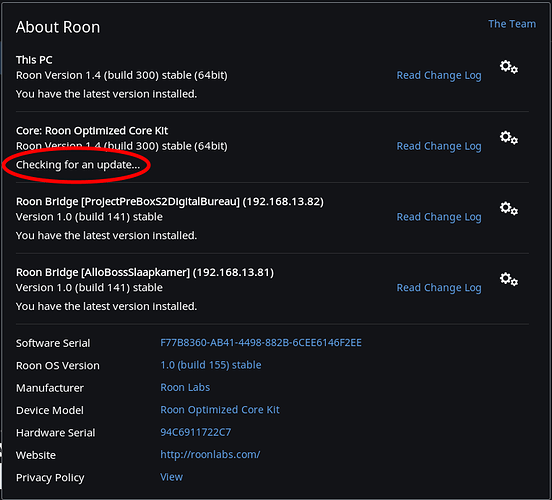 Um, not here. Have you tried rebooting your ROCK system?

I have not as it is running smoothly with no issues.

Yep, mine is the same. I think build 156 is out and Roon OS doesn’t normally indicate it needs an update in the usual manner (blue banner at startup). A restart of the NUC usually forces the update and fixes it. Will try it later, as it is in use at the moment.

EDIT: two reboots are needed. The first gets Roon to recognise the update exists, and gives the normal blue banner notification. The second happens when you select the update to happen.

Just rebooted and ROCK was updated to build 156. 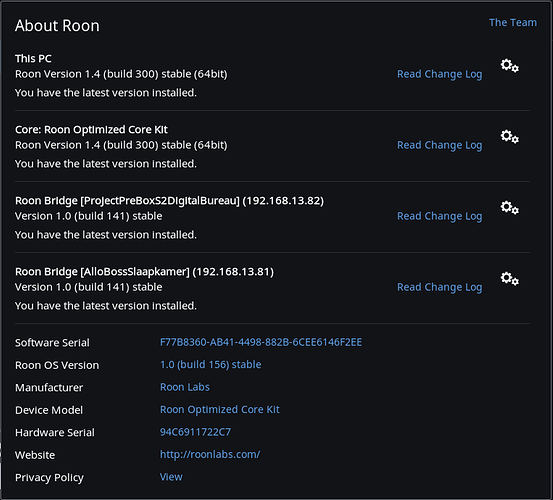 I just had the same issue with the latest version. It seems that Rock OS had to be updated as well, probably causing the looping “checking for an update…”

Yes me too for the latest update to ROCK OS. Given the infrequent nature of these updates I can’t see that fixing this is a high priority for Roon. Unless the updates addresses a compatibility issue that you are having, they are not so critical.