Roon New Releases For You expectations

I’ve been a a lifetime Roon member for over a year now. There are loads of features on Roon that I absolutely love that no other music service provides today. However, with the recent issues with the “New Releases For You” seeming resolved (at least appears to be updating now!) - there’s still some niggles I have with some areas of Roon. I have almost stopped using Apple Music but have kept it as I have Apple One family account. Recently I dipped back into Apple Music and forgotten how good the recommendations were! New releases from artists I have in my library or are obviously favourited or has heavy play float to me reliably in Apple Music. I discover new releases from my favourite artists (and similar artists) quicker on Apple Music.

In contrast, Roon (with Qobuz) seem to give me semi random New Releases for me (even with Sort by Relevance switched on). There are times when I know a new album has been released and it doesn’t appear. I look for the album manually in the search and it appears! but not in the Artist Discography! Later, (perhaps a few days later) it does appear in the Discography - in some cases after I add to my library…

Are my expectations too high? is the fault with the Roon/Qobuz API? To that end - is there a continuous sync of libraries between Apple Music and Roon/Qobuz that might help bridge this gap?

Any thoughts or comments from seasoned Roon/Qobuz would be appreciated!

The reason you won’t find an album right after release is because sometimes Roon needs a while (2-3 days I find) to sync these.

Having both Tidal and Qobuz active, I find this is more of an issue with Qobuz releases and not Tidal.

As for the NRFY section, this is powered by Valence and to me, Valence is broken and have complained about this several times.

Roon acknowledged this issue and said they are working on ways to improve what Valence recommends.

Thanks for your comments.

Two or three days delay is fine. Or even a few weeks! But loads of new albums from my most played Artists never even appear in NRFY.

Not sure if the Valance algo is too complicated? Adding simple logic such as “if a user listens to this Artist, let’s just show the new album in NRFY.” Any other fancy stuff is just icing on the cake. Roon should have a simple baseline logic that is reliable before trying to implement some AI bells n’ whistles…

What surprises me about this is that Tidal actually has a feature that I think you want (I love it). The “feed”, you click the bell in Tidal and it shows all the releases from artists you follow. I don’t know why Roon doesn’t just add this.

To me there are two main things I want in Roon that I get from other interfaces or services at the moment:

Apple music allows me to pre save albums, in the Listen Now tab it shows recommendations for the new albums artists I like have just released. Tidal actually goes one step further recently. Not only does it have the feed but in my homepage it will show “so and so artist are releasing this week” then shows the album prominently when it is released. I have found I never miss an album in Tidal and I rarely do in Apple music. In Roon I have no idea it even exists.

On Valance, it’s a bit of a mess. Of all the albums it shows about 95% I won’t add, in some cases it recommends albums I already have in my library and about 20% I actively hate.

That being said, Tidal a year ago to me was a bit all over the shop and now I think they are genuinely the best music service (I say this as someone who has used Spotify since university, is very partial to Apple products including Apple music). It could be that Roon supercharges this into an indispensable feature but right now it’s not great.

Cannot agree with you more and have said it before: to me, Tidal provides the best user experience.

I wish new releases worked in Roon like they work in Tidal. 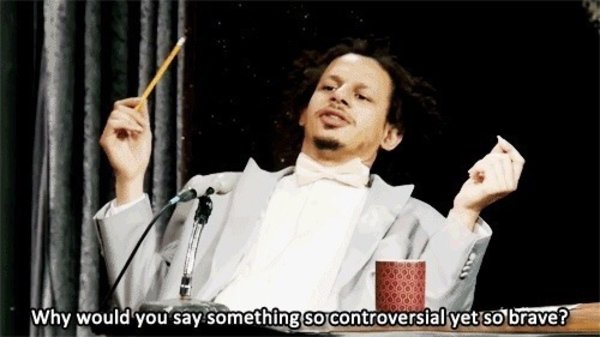 Not sure if the Valance algo is too complicated? Adding simple logic such as “if a user listens to this Artist, let’s just show the new album in NRFY.”

Valence is just a stubborn toddler doing whatever it wants

I genuinely hope Roon will sort it out at some point soon.

PS: If you read my post history one here, you’ll realise all I complain about are the new releases and am confident Roon have had it with me

should have investigated Tidal again….

This is why I stick to monthly subs, software moves too fast

If you’re willing to part with an additional 100 US dollars, you can get yourself a yearly Tidal sub through Best Buy US.

Even though in the UK … perhaps Tidal may have a Black Friday deal?

Having Tidal, Qobuz and Apple Music seems a little decadent/OTT?

They may do a BF deal so you can wait until November and see.

To answer your question - some may say yes, whilst some may say not at all. I would say it’s all down to how much money your music listening experience is worth to you

If for one am paying for Roon, Tidal and Qobuz.

Even though in the UK … perhaps Tidal may have a Black Friday deal?

Having Tidal, Qobuz and Apple Music seems a little decadent/OTT?

Even if the labels give your artists less than half of that, with your effort you’ve given them double or triple to survive. If you want to earn $4000 a month, you need 1 million streams on a regular basis. If all customers had two or three paid services, half or a third of the music listened to would be enough for a better musician’s life. Musicians accept a long phase for free listening, but only if in the long run it leads to the value of music being recognized by the customer and not only save, save, save comes to mind.