I’ve got the version of the Janowski Ring that comes as box, with the four operas as separate boxes inside this. I’ve arranged my library so that the operas are contained in separate folders under a folder for the album artist:-

When I search for Marek Kanowski, four albums are shown, but only Siegfried is correctly identified - and with all tracks showing as composed by Richard Wagner. An Identify Album search fails to find the correct metadata for the other three, which are a real mishmash. The albums shown in the screenshot are in fact Siegfried (correct), Das Rheingold (incorrect), Die Walküre (correct album art), and Götterdämmerug (correct album art).

I think my folder structure is OK, so is this a problem with your database? I’m reluctant to use my local data if this can be corrected at your end.

On the plus side, the Reginald Goodall Ring, which follows the same box set structure, is fine in Roon

YOu’re not alone. It has problems with the Solti Ring as well.

Just like to add that Roon has still got issues with Janowski’s Ring cycle. It mis-identifies the operas, and uses the wrong album art for Das Rheingold (which it thinks is the complete box set) 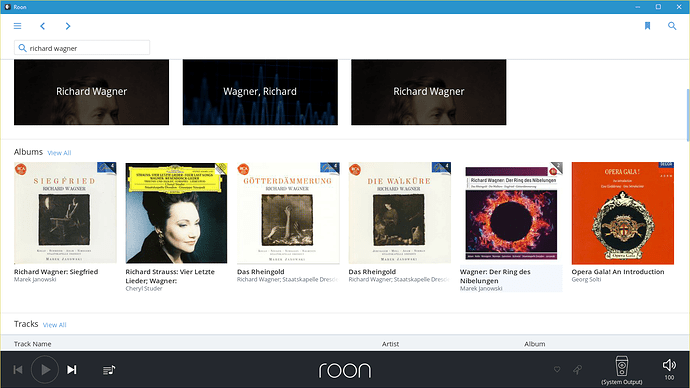 I got around this and a lot of other issues by setting the metadata preference for Title to Prefer File for all my albums. I think I set the Album Artist to Prefer File as well. 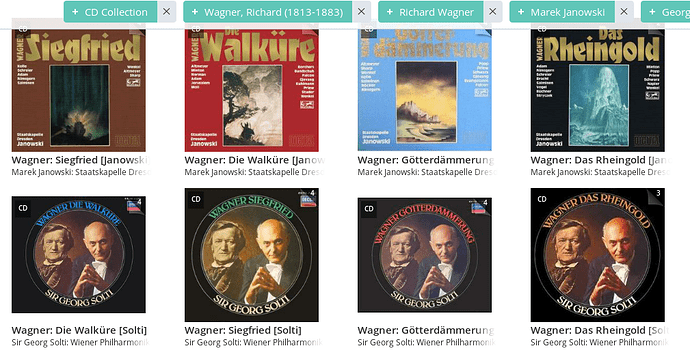 There are still issues with the Janowski Ring Cycle. Roon seems now to be able to identify three out the four (although there are still some oddities). However, Götterdämmerung is still not being identified: 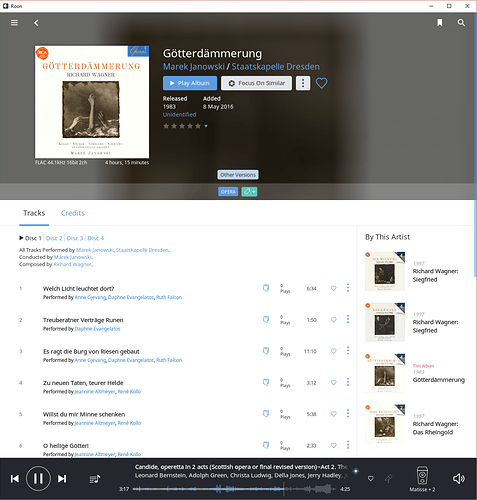 An example of the oddities with the others is that albums show as being originally released in 1997, but the recordings were made in 1982. That doesn’t seem to make sense?