Oops, this menu surprised me, sorry…

I want to report that Roon radio plays tracks from banned albums.
I believe this behaviour is not intended, is it? 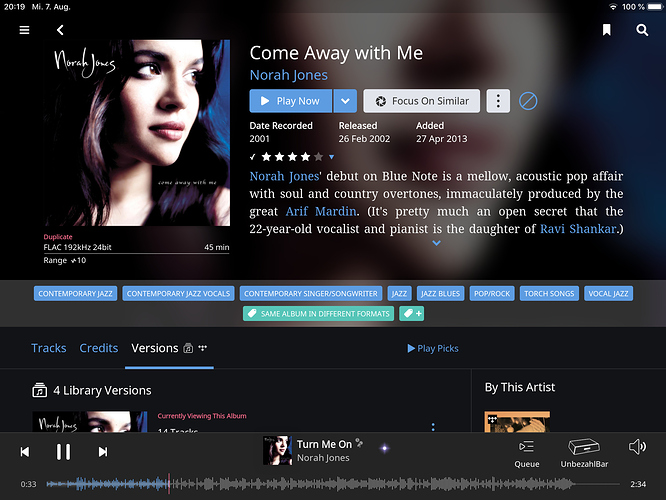 Have you banned all 4 versions?

Nope. Just the three that are not DSD. I’d expect Roon to play the DSD version only with radio.

Hmmm… don’t know how that works to be honest.

From an older thread:

No, you aren’t missing anything. Banning is for all “automatic” play situations (i.e. where you haven’t picked that specific thing). That includes album play, artist shuffle, radio, etc. There is no “just ban this for radio”, and I’m not sure there should be. As I mentioned above, Roon automatically removes a lot of tracks like this from Radio. I don’t think it would auto-exclude those “Dialogue” cases, however. Maybe that is something for us to expand (@mike–this is for you. Also consider “ap…

I see this in the way that if you would select shuffle in album browser, then these blocked albums wouldn’t play (because they are blocked, they would fall out of the list of almbums to shuffle) but I think Roon Radio is track based so I fear you have to block every track to achieve that what you want. But ban is heavy as it affects not only Roon Radio. That’s why the ROONRADIOBAN file tag was introduced in Roon (1.3 if I remember correctly).

Maybe a focus on format – depending on where you start at and what you want to achieve – can also do the trick for you.

Is Radio playing that exact version? While that version of the album may be banned appropriately, there may be other TIDAL versions that are being picked that aren’t banned.

But - there is one thing that could also be the issue but I cannot verify as I’m not at home at the moment:
While radio using the “now playing” screen and hitting the album link at least leads to exactly this version. I’m not sure if I’ve double checked if it is actually playing this version. Could double check later if you want me to.

So either the bug is

Hope you are able to reproduce either behaviour at your end.

The next time this occurs can you share a screenshot of the Signal Path and make a note of the time that you notice the track playing? Please also verify the track that is playing.

I will if I catch it but I will not sit there and waiting for this to happen again.

Wondering why you don’t try it at your end, maybe with a very limited library with some banned and not banned album versions.

I’ve passed this along to the technical team to look into. If it does occur again for you definitely let us know, though, and we can enable diagnostics for that time. More data always helps when it comes to tracking issues like this down

No need to wait and purposefully try to get it to happen, of course, just if you happen to notice it while listening normally. 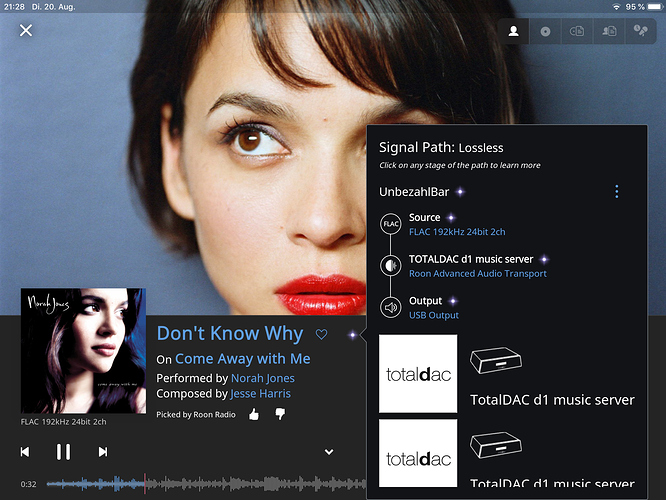 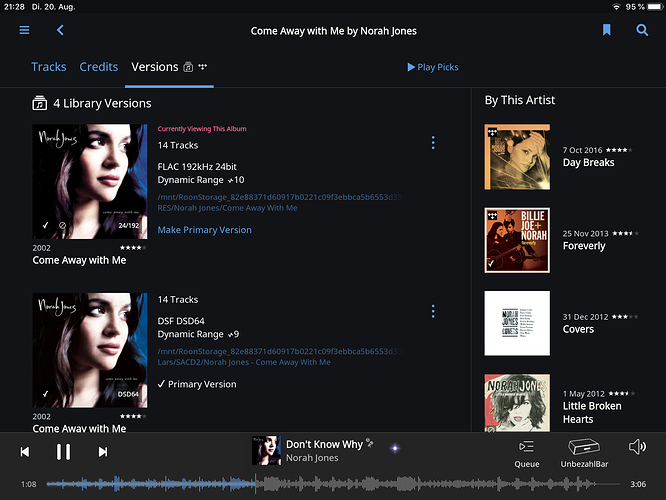 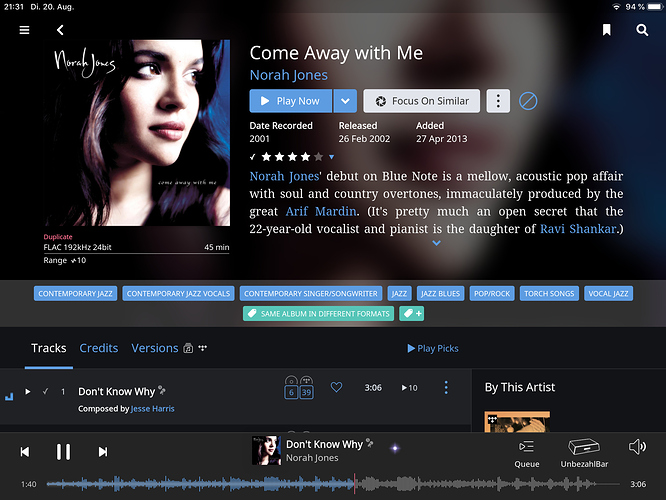 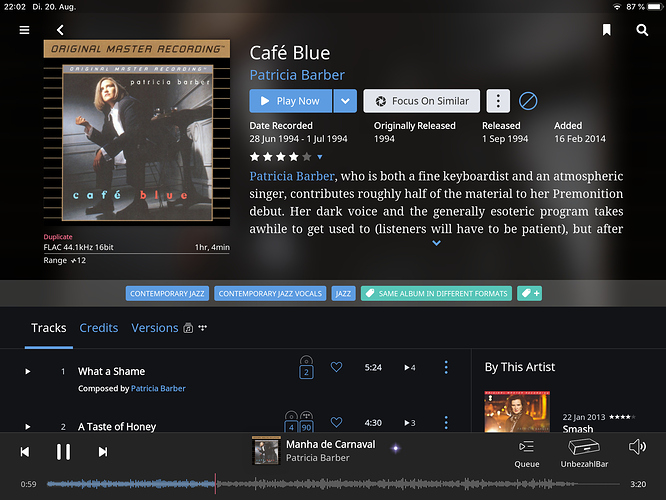 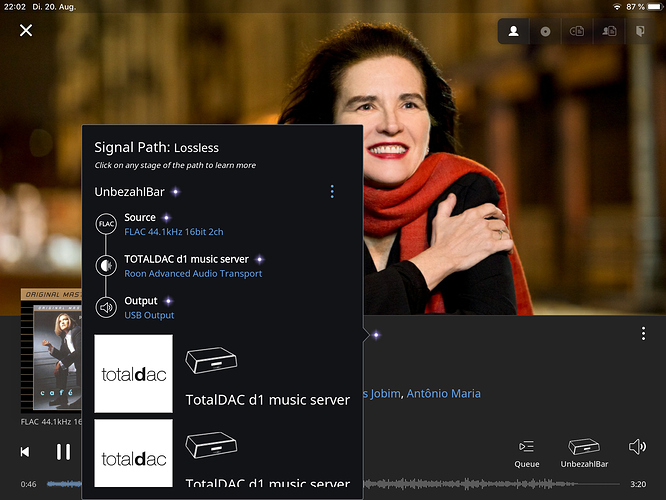 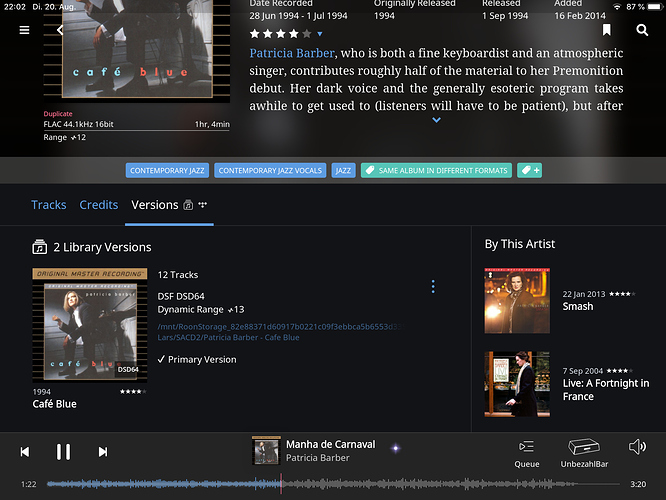 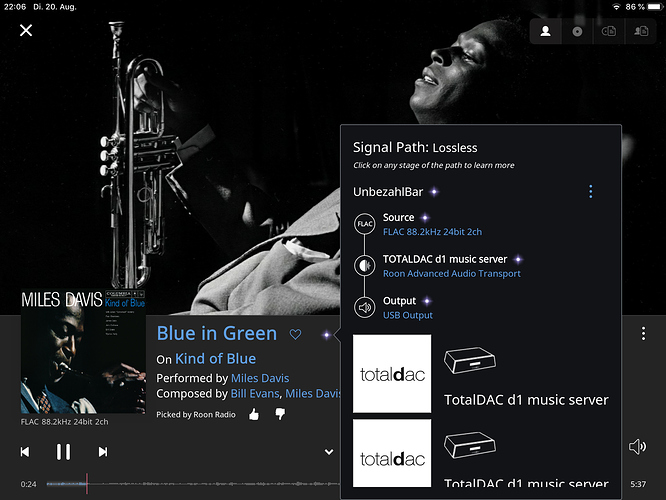 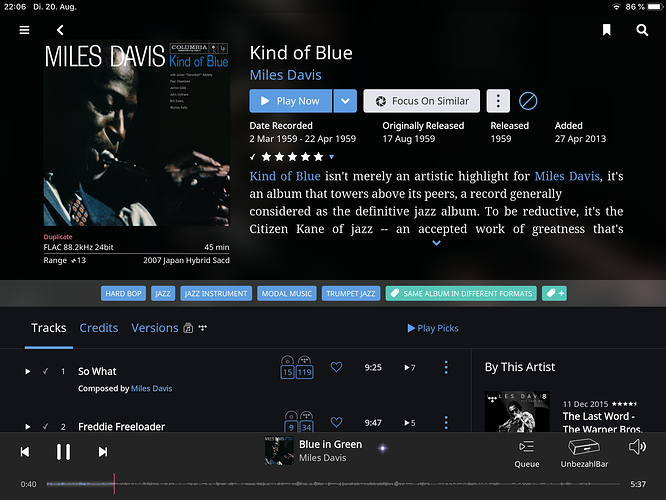 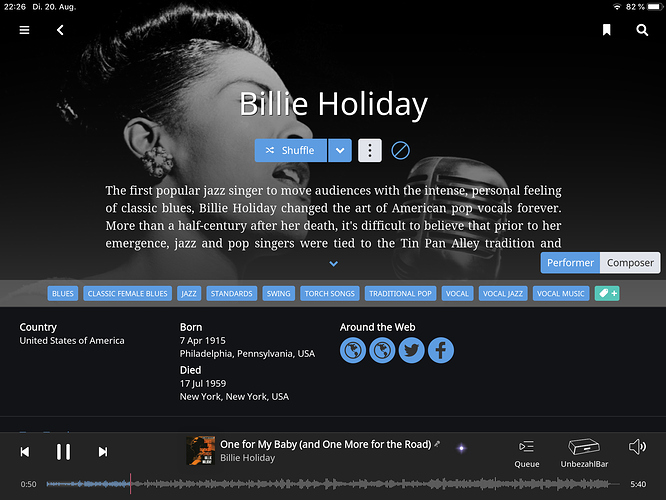 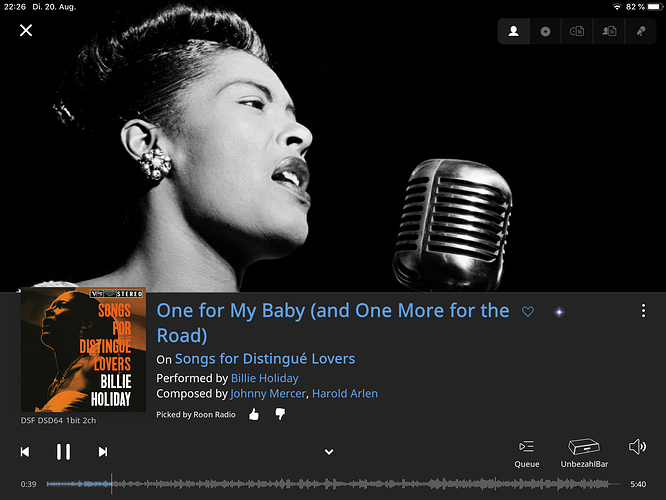 The team is looking into this. Thank you for the examples!

One more thing — Can you confirm what album you’re starting Radio from where you’re seeing these occur, specifically for the Norah Jones album?

It’s been a long time already, so any news on this?
It happens all the time still.

Thanks for a short update.

I checked our internal tracker and it appears that there has been some work done to improve this behavior that is currently in testing. I can’t say for sure when this will become available, but I’ll be sure to follow up with you once we have more information.