I’ve been a Roon user for about five months now. I wanted to try out Tidal and tacking Roon on top seemed like a logical thing to do so I assembled my own Rock box, cleaned up my collection, fixed folder structures, tidied up tags and sat on my hands waiting for Raspberry availability to improve.

Generally speaking. I love it. Love the focus function, the wealth of artist information. Love it…

Except for one thing. The one thing that I assumed would be exceptional. Curated “radio” based on my play choices a la Spotify.

So like many, I like a lot of different types of music. Lately I’ve been on a blues kick and specifically I’m listening to Boz Scaggs self styled trilogy - Out of the Blues, Memphis and A Fool to Care.

No matter how I play them - order, combination with some other artist etc. Once complete, Roon radio plays a Jackson Browne song. Almost every time. It’s obsessed with Jackson.

Now I don’t really like Jackson Browne. I don’t have any of his music in my own library nor have I added any from Tidal but Roon Radio makes sure that I get some. Once Roon is done with it’s little love-fest and devotion to JB, it moves on to some real choice curation based on my initial spin. Today I got this…

Me: Boz Scaggs - Out of the Blue - entire album.
Roon Radio: Jackson Browne - Off of Wonderland - Wow, that was unexpected.
RR: I’m Not the Same Without You - Donald Fagan - Yeah, I see what you did there…
RR: Layla - Derek and Dominos. uhh
RR: I Shot the Sheriff - Eric Clapton. uhhhh no.
RR: Captain Fantastic and the Brown Dirt Cowboy - Elton John. I am not s******g you.

Wow - talk about a mood killer.

RR: If I could be Anywhere - Jackson Browne

So it would appear that the Roon Radio algo is not that deep and pretty much stuck on not so much Genre but a very basic XM Radio “Decades Greatest Hits Stations” with a clear stalker bend towards Jackson Browne. I even spent a couple of late afternoon hours with a Sazerac and my thumb poised over the thumbs down icon so that I could educate Roon on my preference that it not play any Jackson Browne however it seems to think that I just don’t like those particular tracks and would prefer to hear many of the other wide selection of Jackson Browne tunes it loves.

I dread playing something like Cecilia Bartoli’s Cosi fan tutte, opera, K.588: Temerari Come Scoglio or even a little Bill Evans for fear of what it will do.

Lately I’ve decided to just turn it off.

You have this brilliant piece of software with loads of metadata about the artists, tracks, producers, session players, genre and your not using it with regard to Roon Radio.

If I play Boz Scaggs - Out of the Blue, Roon Radio could play me something from Steve Jordan - He produced all three of the Scaggs blues trilogy and has been deeply involved with American blues/roots music for years. It could play me Al Green’s So Good to Be Here since Boz covers it on his Memphis album and Al spent a bit of time in Memphis. But there’s not an Al Green track in sight. Instead I get Gregg Allman’s Midnight Rider and…

Looking forward to seeing this improve…

Welcome to Roon. Radio is a very hit and miss affair. Many posts on this type of behaviour. Valence promises much but more often doesn’t deliver. It’s very much a WIP.

An entertaining rant if nothing else. So I decided to try this myself to see if this Jackson Brown obsession was just a local thing.

Last track on Out of the Blue ends…
Trouble by Little Feat (seems about right)
That’s What I Heard by Robert Cray Band (not bad)
Ten Long Years by Eric Clapton and B.B. King (well it’s got the King)
Over and Over by Joe Walsh (interesting…I likes me some Walsh)
Layla (ok I’m getting worried)
Water Falls by Sara K.
Oklahoma by Keb’ Mo’
Right Down the Line (reggae-ish cover by Bonnie Raitt with some tasty guitar tone and playing)

Maybe your training is having an impact after all.

Clearly it knows we’re talking about it.

And while I love Bonnie and her reggae cover of a G Rafferty top 40 hit, I don’t see lots of correlation there. My grand-neice could have pulled that off.

I am deeply disappointed that you got no Jackson Browne. It might be personal.

Clearly. And agreed on all points.

Perhaps we should ambush it with a different challenge before it has time to prepare. Wonder what happens if you choose…
…Jackson Browne?

My Dragon has a an obsession with old Fleetwood Mac , Rhianna is a track I don’t recall playing for years but it comes up repeatedly.

Its a voyage of discovery isn’t that what its about. I must admit its not too good on classical. Its not uncommon for a rousing piece to follow a nice quite one . eg Beethoven Moonlight followed by the 1812 WOW , thankfully volume levelling works

It expands the Mind … 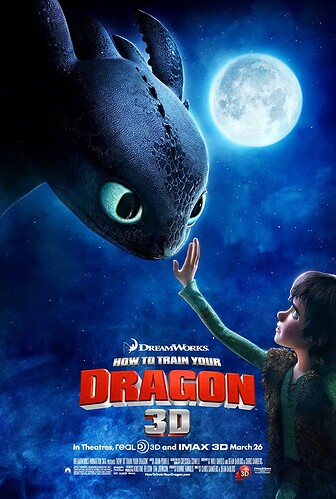 No Jackson for me either. Played about 10 tracks after and all Blues artists with a quasi blues guitarist called Santana thrown in.

Got some good albums from those recommendations as well.

Now I don’t really like Jackson Browne. I don’t have any of his music in my own library nor have I added any from Tidal …

My guess:
Valence tries to offer new artists that it thinks are correlated, just to widen your narrow horizon

- and we’ve all seen, that Roon relies on third party data that has some obvious flaws, if you followed the metadata threads.
There you go…

How to get the best experience from Roon Radio? Roon Software

Update: I added an idea to fix the repetitiveness of Roon Radio down at Post #16 I like Roon Radio a lot, but there are also some frustrations. It seems repetitive. For instance, if I go to the Art Rock genre and start Roon Radio, it wants to play a lot of Todd Rundgren, Brian Eno, Talk Talk, Roxy Music, The Stooges, T Rex, David Bowie, Queen, Pink Floyd, Jethro Tull, and The Doors. Also for some strange reason it wants to play songs from Yello’s 2016 album Toy. This is despite the Art Rock g…