Ok I have started to notice that the seeds for Radio are not being updated if you stick in another album in your playlist after its aready made a choice of what it wants to play also just interuppting one session with a new album it also doesnt always move to seed from the end of that one it will carry on from the last session. So you could completely change genre and radio will start off seeded from the previous album genre. This may account for some of the oddities it comes up with. This happens if you move from zone ot zone to.

Mines saying its seeding from Sylvan Eso Which as an album i played in full yesterday and was seeding Radio from that zone afterwards and was paused when i stopped listening. This morning I started to play an album by The Pattern Forms non the same zone this finished and Radios still seeding from Sylvan Eso from yesterday!!!. I thought Radio was supposed to follow the music you had been just listening to. If i end the previous session then it will reset but surely I should not have to do that playing an album or other track bh human choice should reset this? 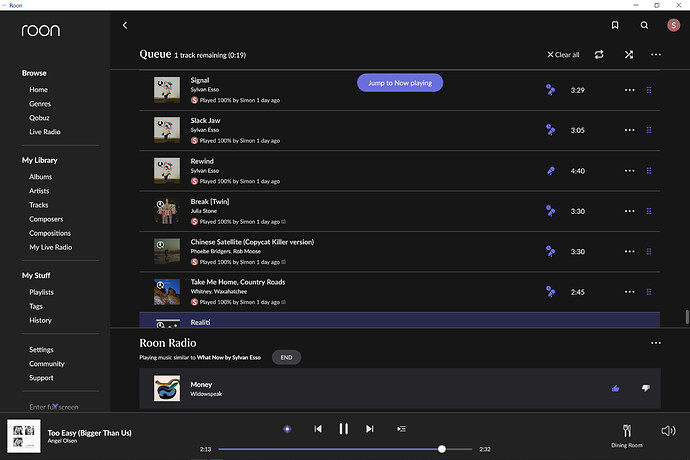 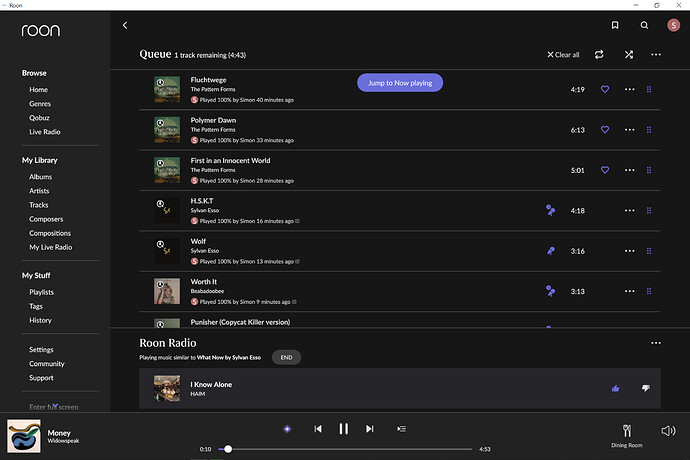 Its odd as its not always doing this behaviour, just tried it on severa others on another endpoint and working as expected. Perplexed as to whats causing it do often just not change.