I’ve been able to download the app to my Moto x phone, but it is very slow.
I’ve had some success with a dragon touch X80 tablet Also. Every once in awhile I get this weird block lettering when trying to open roon remote on the dragon tablet. Sometimes it works but mostly not. Any idea what is happening, it’s very frustrating. Will include screen pic from tablet. 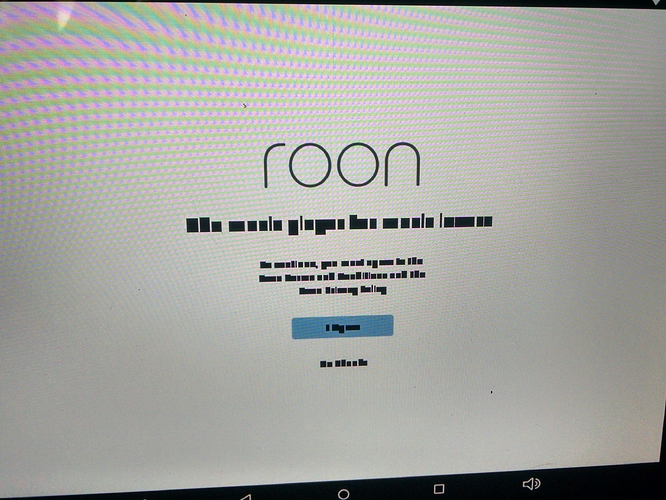 I get this too, on an Android media box, Android 5.1 displaying on a TV.

This is typically due to the device running low on graphics memory.

Try shutting down other applications and/or rebooting the device to free up memory.

Device is brand spankin new. Is this tablet not a good choice to run roon remote?

Being brand new would not exclude it from running low on available graphics memory.

OK well, what are some suggestions for a tablet that is known to be capable of running roon remote? Thanks for all your help and input.

How is my Motorola X more capable than this tablet. I don’t understand. I just wanna have a remote that works and that I can see without my glasses…lol.

I use an iPad Pro 10.5, reading about the Dragon Touch X80 I found the following

Thanks ratbert. I guess I’m going to have to purchase a better tablet. I didn’t know how important the remote was gonna be.

I would try to borrow an iPad and install Roon and see if you like how it works before making a purchase, as all my interaction with Roon is via my iPad I consider its usability critical to my enjoyment, others use Android tablets with equal success.

OK I will, the remote is pretty f#+&$ important.lol. I just don’t want to throw money at it.

Thanks for your ratbert