Roon reports 2 discs instead of 3

The album below was ripped from 3 CDs (into 3 subdirectories), yet Roon reports 2 discs? Huh? I much prefer that Roon say the same number of discs as the CDs, as it makes easier the checking of tracks against the album booklet. (The tracks are correct, in number and in order.) 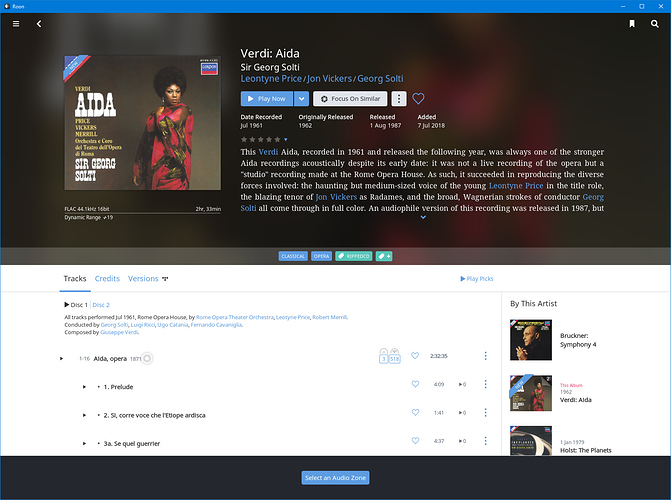 Is the number of tracks correct?

So you can edit and split them into 3cd’s if you want to.

As I said, I put them into 3 subdirectories, CD1, CD2 and CD3. Why doesn’t Roon get it? Why should I have to tinker more?

Did you try reidentifying to find a three-disc version? Or did you tell Roon to use the file info?

I just tried re-identifying, and I told Roon to use multi-part composition group. Made no difference

C’mon: Roon says 2 discs in the album when there are 3. I don’t care whence Roon gets the information: Roon is wrong for this album.

But I should say that I take your point that Roos is (probably) not inferring number of discs from number of directories. I did, however, just check via MP3Tag, and each directory’s files show the correct disc number, so the disc information is in the files.

My copy of this has been identified as an album called “The Operas”. It does have three discs though. 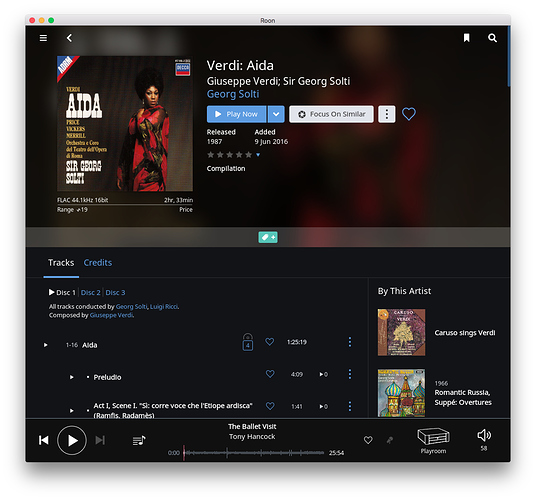 @James_Antognini I think I know what may be going on here. Please can you confirm that the following metadata are correct?

This link matches what I have.

Okay, thanks James. Pretty sure it’s a metadata processing bug. I’m going to log myself a ticket to get it fixed.

I often get CD No. miss matches in roon, especially with opera so I tried a match against “The Operas”, just in case. I think it’s this box set because I get CD3 matched against Un Ballo In Maschera not Aida. Aida also only 2CD’s in that box set.

Yeah, Opera is a whole bunch of pain. I’ve been messing around for … years… on how I can get Operas to look the way I want them to look in Roon. Mostly, I’ve left them as unidentified and running off my file’s embedded tags.

I just ripped my 3 disc album (1987 release) and it’s coming up “unidentified” in Roon. When I search for it, I only see the newest Blu-ray album which I think is a single disc.

I found there’s a 3-CD version (what I have) and a 2-CD version (called “remaster” on the CD cover shown at AllMusic; this may be what Andrew J Shepherd was describing above in relation to more-modern-technology CDs). Here are the URLs for the two sets, respectively: https://www.allmusic.com/album/release/verdi-aida-mr0002653833 and https://www.allmusic.com/album/release/verdi-aida-mr0004663001 . Roon may be using the latter to say I have a 2-dics album.

If I use Identify to “manually search,” the first choice shows the cover of the 2-CD set as a thumbnail, and Roon says this is the metadata currently being used." But Roon doesn’t show anything matching the 3-CD set. Why not?

Interestingly, the little essay Roon displays is the same (by James Manheim) as what AllMusic shows at the second URL.