No worries, thanks @danny

For the most clumsy of reasons I have been logged in with an old test user on the forum and not seen the mentions. So sorry!

I’m also eagerly awaiting MQA to drop in streaming. I have high hopes.

I recently saw an MQA update since my earlier question where they are aiming for first quarter 2017 for MQA albums to starting showing up on Tidal.

Hopefully everything is going to plan with the launch/rollout.

…and this is just the tip of the iceberg. We have a lot more planned to make this experience even more awesome.

Have a look at the Tidal website. Looks like it is only pushed out via the desktop app at the moment, but, I expect that will change.

Not sure why the weblink looks wrong but it is correct.

Now I have to renew my subscription again.

I just updated the desktop Tidal app–NOW WITH MQA!

I don’t see it. Where exactly in the app is it? (I am in Germany, using the Tidal app freshly downloaded, on OS X.)

Interestingly, I saw it immediately; in Settings, instead of “Hi fi” the highest setting is now Hi fi / Master. But then I also got the “app has been updated–restart” prompt from within Tidal. I’m not sure if/how it shows up in Roon, and for that matter I’m not sure the MQA content is showing up at all in Roon yet. I don’t know how to tell. 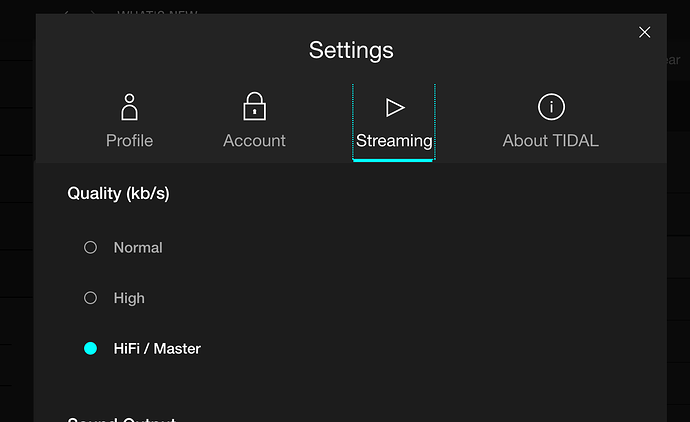 Looks like there are 192 albums initially or that’s what I see in Canada. 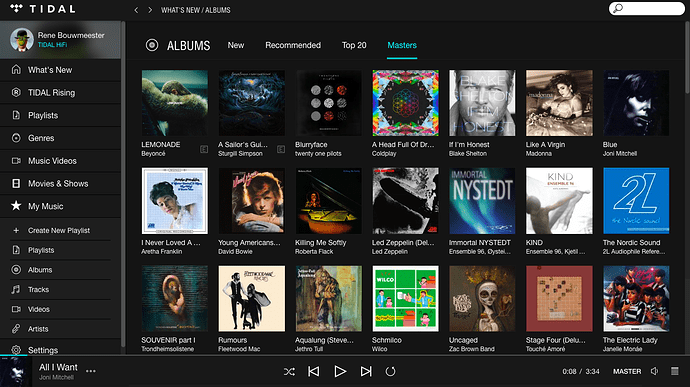 no, from the album details, we will give you a link to performances of the track not only in your own library, but tidal too

its REALLY neat to see

Bah humbug, I guess I can cancel my subscription again.

Streaming these titles via our NAD & Bluesound products light up their MQA indicators!

Looks like it is only pushed out via the desktop app at the moment, but, I expect that will change. 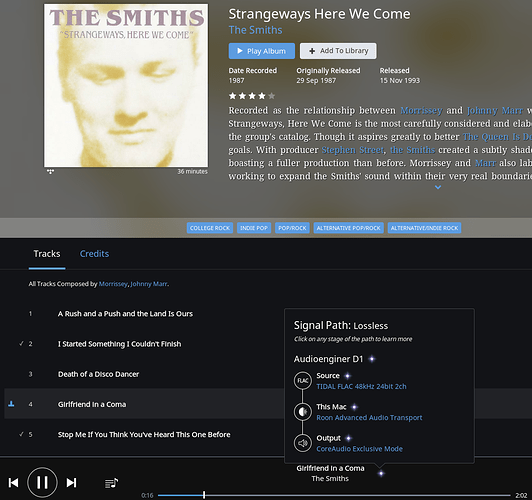 I posted this in another post on this topic.
These MQA streams work perfectly in Roon

I added a bunch of the masters to my faves in the Tidal app and they do sync over to Roon and play just fine as MQA.