I have two Linn systems I want to use with Roon.

The first is a recent Majik DSM in my office this one is no problem works right out of the box.

The second, main system, is based on LK components and digital streams via a Linn Numerik. Pre Roon I drove the Numerik with a Squeezebox touch, my CD library was in Logitech media server and Tidal for other music.

I know Roon can impersonate LMS but I’m thinking I would like to update my Squeezebox to a better Roon endpoint BUT still use the Numerik I love so much as the DAC. The Numerik can only take spdif at 44.1 kHz and 48khz on 75ohm SPDIF coax.

Ps, if there is something that would actually sync via the Karik sync connection that would be cool but as that is proprietary I think normal spdif will have to do.

It all depends on how much you want to spend. There are plenty of capable streamers with S/PDIF coax output. I’ve tended to use Raspberry Pi-based DIY streamers like Pi2AES that provide outstanding price-performance with stand-alone DACs, but there many others at different price points (if not necessarily better than the Pi2AES).

On the other hand, if you want to splurge pricewise and replace the DAC as well, there are also many options. At the extreme high end, I was so blown away by the the new Klimax DSM with the Organik DAC that I’m getting a new system based on it. I’m sure there are much cheaper satisfactory streamer/DACs out there, but I can’t recommend one from personal experience, as my systems all use separate streamers and DACs or Linn endpoints like the Klimax or the Selekt.

The iFi Stream is a good, reasonably priced streamer.

Not Roon Ready yet. Many of us have been burned by “real soon now” Roon Ready that took years to materialize from other gear makers.

I did manage get the old Touch up and running with the Numerik and Roon. It was a bit tricky and I am still interested in other transport alternatives.

For anyone interested in the Touch solution read on…

The LMS emulation worked a treat once my original LMS was shutdown. The Touch would play out of the RCA ports but the Numerik was having nothing of it. Total silence!

I thought I must have fried something. The Numerik has been offline for a year and as serial 258 it is about as old as it gets.

I tried an old Bluetooth to SPDIF adapter I had on hand. Now I got some sound out of the Numerik but the balance was way off. I was just about to break out the oscilloscope and attack the Numeric with gusto, fortunately BT adapter was red herring and broken.

Turned out Touch can take higher sample rates and Roon was sending 192khz (?) this rate was then getting sent to the Numerik which then simply choked on it. I found a setting in Roon I set the max rate for the Touch endpoint to 48khz and the Numerik come to life in all its 90’s smoothness. Infact when setup like this with no filters Tidal would stream direct to the Touch and Numerik bypassing the core all together. Fantastic!

Still any other suggestions on modern transports or streamers that will drive a Numerik are still welcome. With a working system back in the living room I have more time but sadly my Squeezeboxen are probably still on borrowed time.

I know I could look at a Sneaky DS or another DSM and bypass the Numerik but i’m not ready to let that old girl go just yet.

It uses the Roon bridge for Linux…works just like volumio.

I am reading this thread only now and wonder if you have made any progress away from the Squeezebox touch.
I recently bought a Linn Karik CD transport and a Linn Numerik for my vintage (80s/90s) Linn audio system. Sofar I am “feeding” this vintage system with RoopieeXL on a Raspberry 3 → USB out to iFi Zen USB DAC V2 → RCA out to AUX in of the vintage Linn Kairn PreAmp but would love to use the 25years old NUMERIK Dac although it can do 44 and 48 kHz only…
Just bought a Hifiberry Digi+ HAT and a BNC to RCA cable and willt ry to get this working with the channel 2 input of the NUMERIK.
In case this should work I might try the Allo DigiOne HAT or even the DigiOne Signature which have a BNC output.

Also wondering if anybody ever managed to use the sync connection of the NUMERIK to “master” anything else than the Karik CD transport.

In the end I stuck with the Squeezebox touch.

My issues were caused by my very secure segmented network and my issues seemed to be related to the Squeezebox being on one VLAN and Roon on another.

Numerik may only be 48kHz max but does sound damn good. I have not looked into the Numerik sync connector yet, still on the to do list.

Apparently I am not alone thinking the Touch is far from dead especially when paired with the Numerik and Roon acting as an LMS server. 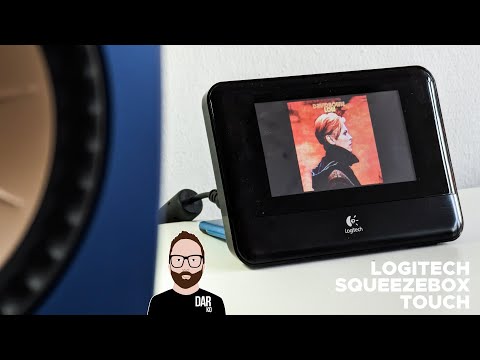