When I power up the RPi with a monitor attached, it starts running through the setup process, but then stops just after it puts the pictured garbage on the screem. The red LED is on, but not the green one.

Not sure if this is a software or hardware problem.

Any ideas as to what I should do? 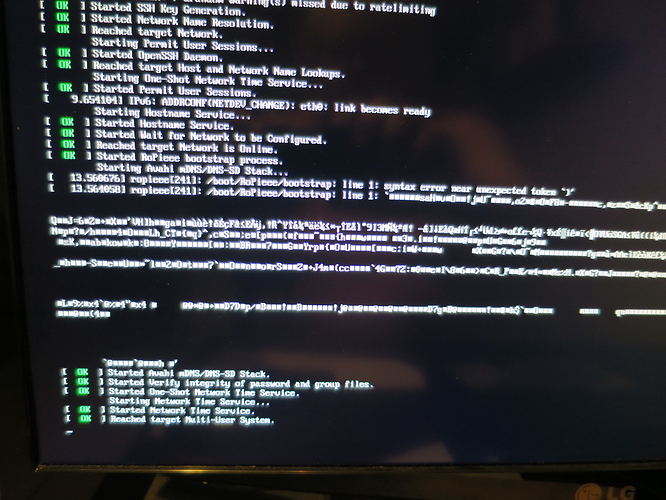 Thanks @wizardofoz for the tip. A new SD card did the trick. My seventh RoPieee based unit is up and running.

Now I have to decide what I should use as the digital source on my main vintage audio system that I’m getting running again. Key components are a NAD 200 stereo amp plus Audiosphere 2 concrete speakers.