Hi. Just trying to get this set up for the first time tonight. Screen is recognised and ropieee.local is accessible, but the screen gets no further than this (I’ve turned it the right way 'round as it’s actually upside down IRL)… 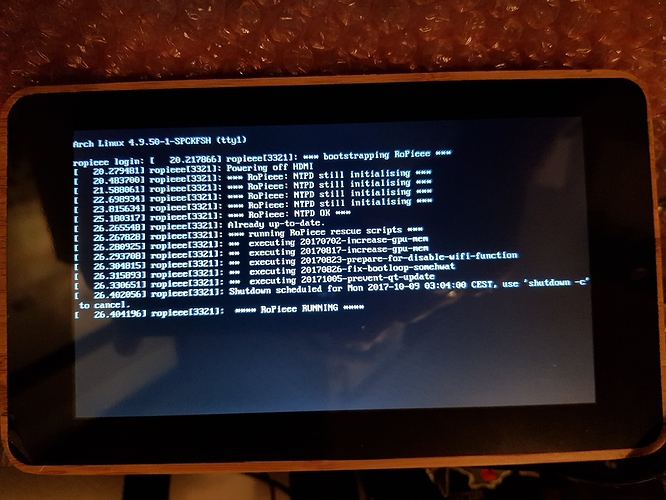 Any thoughts please? Thanks.

I re-flashed a different SD card, started again and it works. Looks great so far

I lost control of one of my RoPieee’s.
Reflashed new image and it’s up and running agin.
The other one refuses to update. It is stuck on v056-1 and runs the beta channel. Auto update is enabled. 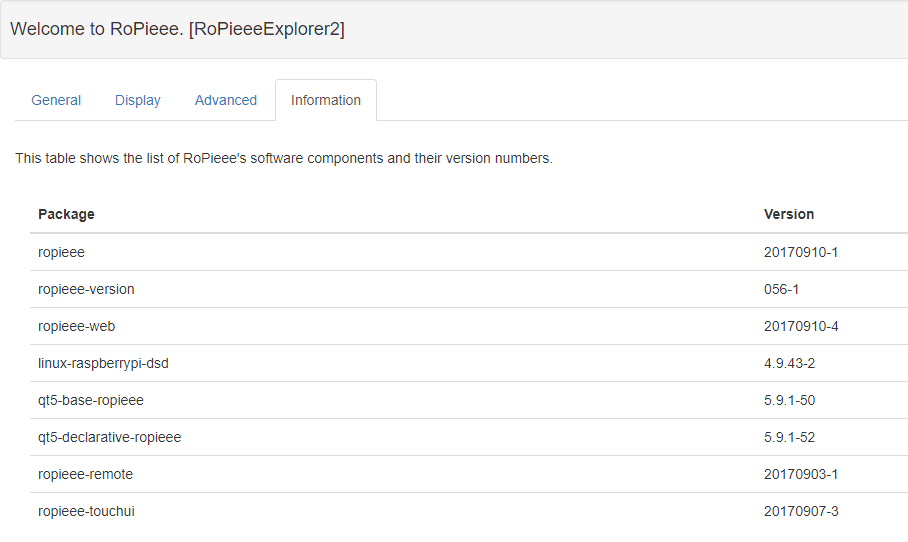 If I change to stable and reboot, it comes back up in beta again.
Will reflash as well.

From your screenshots it seems that you started out with an outdated image. Did you use a beta image or something like that?

I suggest you download the lastest stable image and use that: http://image.ropieee.org/ropieee-20171002.img

How did it turn out? Do you need any more assistance? 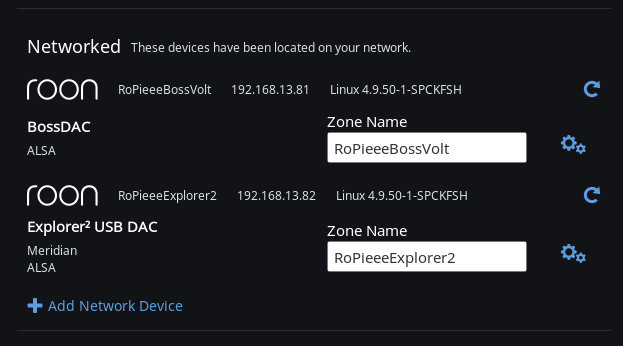 Using fixed IP now.
The only issue is that I need to disassemble the case to access the SD card.
Just a bit puzzled by the fact that ropieee version is 20170927-1while the image file name contains a different date: 20171002 …

RoPieee consists of several packages. They have a version that correspond with the date on which they have been built.

When I release a new image with this set of packages it get’s the date on which the image has been created.

I’ve been preparing stuff to make this a little bit more simple: RoPieee will have a single number as version indication in the (near) future, which makes it very easy to see on which version you are, and also prevents ambiguity.

Hi @spockfish, the clock is awesome.