Having been sold on Roon within a couple of days of trying it I needed to do my bit for the planet and build a low power mini PC to run it on.

Being an AMD fan I specced up a Ryzen 3 3200G setup from Amazon for a few pence over £320 and was going to just run Roon Server headless over W10 or some Linux distro but having read about ROCK thought I’d at least give it a go.

What can I say. In a way I wish I could write a dozen paragraphs about all the clever little tweaks etc I had to make in order to get it to work. But, almost disappointingly it just worked.

A couple of sticking points was working out how to get the system to legacy boot and how to get into the data folder to add the codec. Other than that it installed in seconds and I’ve copied my database across etc and all is good.

For full disclosure I’ve not tried it via WiFi as I hardwire in whatever I can in the house. WiFi of course may present a slight challenge driver-wise.

*I did originally spec an Integral M Series 256GB NVMe M.2 which was due to come at the same time but then Amazon decided it wouldn’t be with me until May so I stuck the spare SSD in I had lying around.

**The barebones kit comes with a blown cooler bit by all accounts it’s a bit noisy but you could save yourself £30 odd by using it. Noctua make the best coolers though and I’ve no worries a) about noise or b) it overheating.

I would say as well the power supply the barebones box comes with is a nice proper linear transformer job and not some cheap switch mode thing but it does only come with a European plug and it’s one of those cloverleaf leads so you may need an adapter or another lead if you have one lying around.

Not much else to say about it really. All up and running very nicely and very happy with ROCK - a great solution 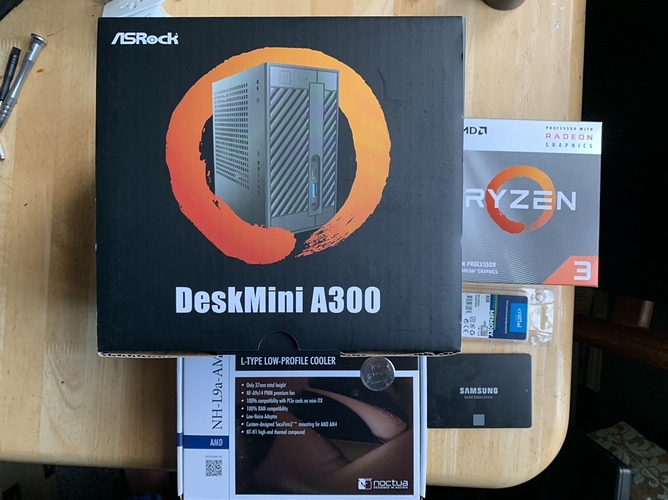 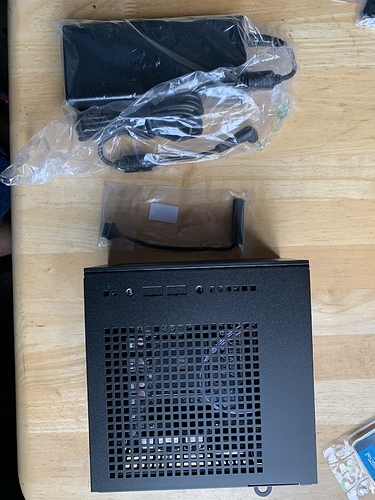 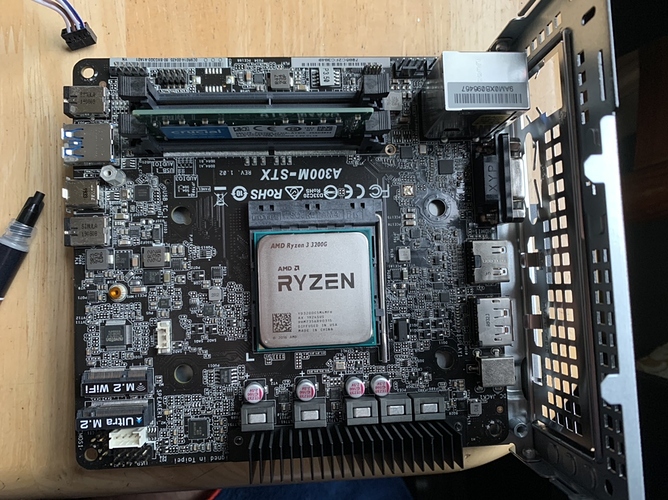 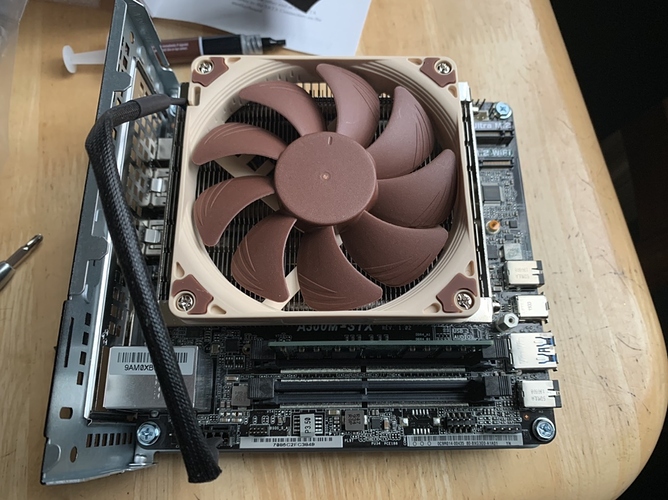 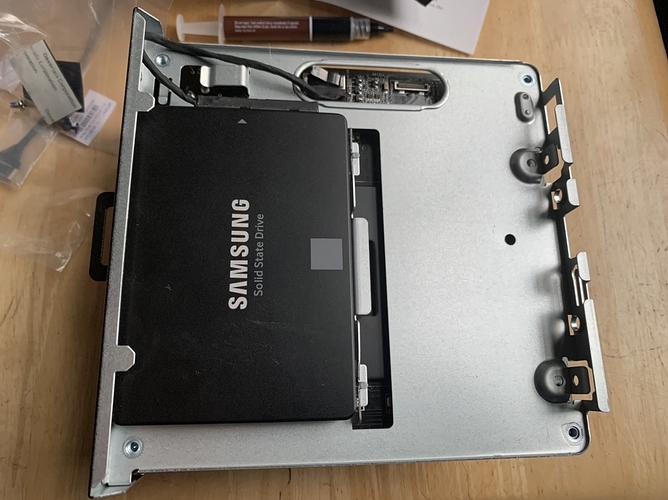 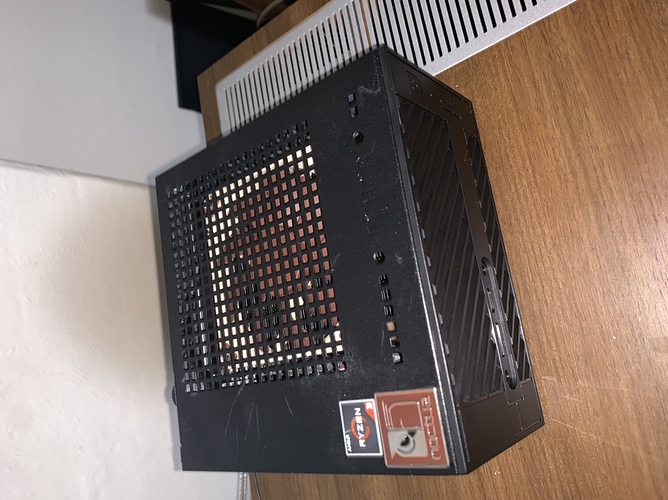 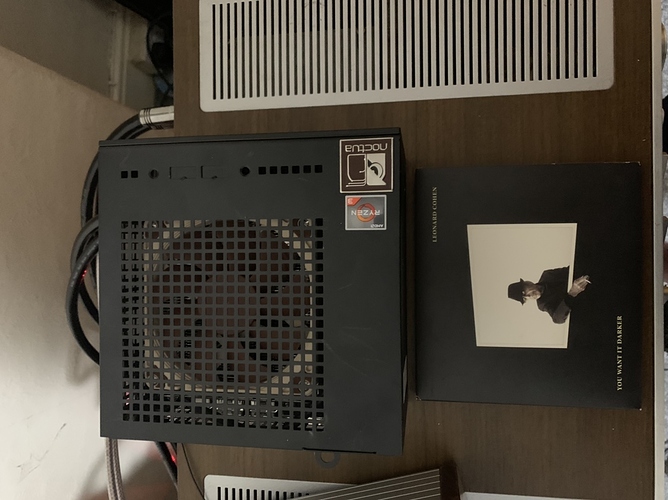 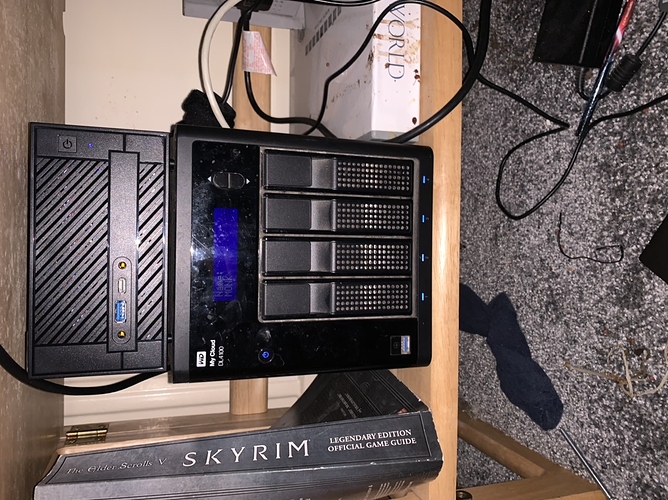 Oh and note I nearly made the silly mistake of buying a Ryzen 5 3600 and putting that in my workstation and moving the older Ryzen 5 2600 in this.

Make sure you get a G series chip if you try this!

Make sure you get a G series chip if you try this!

As of my understanding, MOCK is ROCK on unsupported hardware.

Any hardware configurations other than the above are unsupported . Although they may work now, they may also stop working at any time due to updates.

Installing Roon on Windows or Linux (or Mac OS X) is described in the Roon User Guide.

Blockquote similarly there are no mentions of MOCK or Ryzen in the KB as most would all be using Windoze or Linux.

No reason not to use a Ryzen chip to run Windows or Linux. They’re just X86 processors and a very common alternative to Intel. I’ve been using them since the 90’s. I assume you more this anyway but just posting it in case others stumble on the thread.

I’ve always liked AMD processors so have just kind of stuck to them.

As per @BlackJack there’s no mention of them in the ROCK KB because Roon only officially support NUC based ROCK servers but NUC is an Intel thing.

That said there’s nothing special about them. They are just mini PC’s that have a pretty rigid specification so drivers etc are standard. But given this it’s quite straightforward for Roon to provide support for them.