I am getting the Matrix Miin I pro 3 along with a Nucleus. I am wondering is anyone does this as a service? I am in CT and would love to find someone to help. I would be willing to pay for this service. Also does anyone else have DVD-Audio ripped to Nucleus?

Using a program called DVD Audio Extractor you can rip the various versions of the audio off of DVD-Audio discs. There are usually 2-3 versions of an album and you can select the version (e.g., stereo or 5.1) and resolution you want to extract. For SACD, this gets difficult. An SACD drive is needed to read the disc and there are none for a PC. Search the internet and you will find various techniques using old PS3 machines or particular players that can pull an ISO image. Then you need a program to extract the individual tracks. There are services that can do this for you for ~$5 per disc.

Thanks. I found one place that another person referenced. Might be worth the money to just send out and be done with it. For a few hundred to have them all done and at my fingertips is worth it.

i took a different route. i use an Oppo 93 as a transport for SACD, DVD and Blu-Ray, bypassing the internal DAC. an HDMI cable sends video to a tv, and a second HDMI cable sends audio to a Geerfab D.BOB. the D.BOB is connected via coax to my DAC (Schiit Yggdrasil). this allows me to view opera and concert disks while using the DAC of my choice for audio.

Is the 93 room ready? I was thinking that as an option if the OPPO is room ready like my 203 I could it not ship the DSD to the matrix via roon over Ethernet. I don’t have any of the hardware yet…on order and waiting so sorry if the questions seem simple and newbie.

Thanks. I found one place that another person referenced. Might be worth the money to just send out and be done with it. For a few hundred to have them all done and at my fingertips is worth it.

I would think that those services would give you DSD files back from your SACDs. Are you also looking to have them converted to FLAC? That would be a separate step. Do you have a DAC that can handle DSD?

Very cool! I didn’t know about the D.BOB.

eric geer at geerfab has done a tremendous job with this little box. i see that it’s won two ‘recommended components’ awards from TAS. i’m very happy with the sound.

Rip SACD with a Blu-ray player

Welcome to the HiFi Haven Rip SACD with a Blu-ray player thread! This thread does not intend to rehash or further detail the well established PlayStation 3 SACD ripping method, nor the more recent Blu-ray player method, that in each case typically...

It cost me a whole $50 to get the right player to rip SACDs. It’s easy to do using the information in that link. I can now rip or re-rip a SACD any time I like. I have only 60 SACDs or so but I get new SACDs now and then and I am glad I can do this on my own.

Yea I am getting the Matrix mini pro. Also I thought about getting a 5100 off ebay, but then I believe you need a decent PC set up to get the audio into the computer? How is it mounted. I only have a work PC. Even though I am in IT, it dont have spare PCs. I cannot use work one for this. Just not sure how many new ones I would be purchasing. Isnt most available as downloads as well? At least the studios that do record in it.

The DSD files (extension .dsf) are regular files just like FLAC, except that they are quite big. If you are doing stereo only then you would need 2-3 Gb per disc, whereas the multi-channel mix will take over 5 Gb. When ripping you need to select the version you want since they are usually all in the disc, alongside a regular CD layer in stereo (which you could rip to FLAC with a regular optical drive).

Some SACDs are available as DSF downloads, but not necessarily all - it depends on the label and licensing agreements. Also downloading the DSF files can sometimes be more expensive that buying the disc.

So I bought my wife this 2010 album for Christmas. It looks like it was only physically released on multi-format CD. View credits, reviews, tracks and shop for the 2010 SACD release of "The Cherry Tree (Songs, Carols & Ballads For Christmas)" on Discogs.

I can’t play it on any regular CD player and I can’t rip it to my Small Green Computer music server. I asked Harmonia Mundi if they have it on regular CD but I’m not overly optimistic on a 12 year old release.

It looks like I can buy it in FLAC from Presto Music. I guess I could do this… 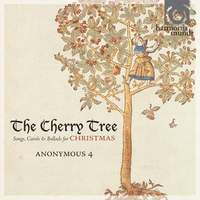 I guess I could sell this copy, if it’s not faulty. $145 on Amazon? But just for the sake of argument, could my disc be bad? I’ve found lately that any CD’s which aren’t straight up redbook silver-disc CD’s don’t always play well on modern CD-player equipment. Why is this? CD players seem to be getting WORSE as the years go by, especially in cars (which still have them.)

I tried ripping it to my computer using an external optical drive but that was a mechanically cacophonous experience, similar to the computer drive on my music server.

I have the following equipment lying around. Could I rig something up to snag the regular CD layer?
Pioneer DV47i DVD/SACD Player
Oppo BDP93 Blu Ray Player
Marantz PMD671 Solid State Recorder

It seems to play on the Pioneer and the Oppo, but I can’t hear it (through the digital out) and I’m I’m not willing to monkey around with changing all the settings on my hideously complex AV Receiver to try and hear this in stereo only to have to spend another three hours changing them back to hear movies.

It does not play in my late-model Honda car, my Yamaha CD player, my Cambridge transport, various computer drives or any other CD player I tried.

I’m kind of on a mission with this now… How could I lift this audio layer off the disc and then use those files to make a CD-R and put them on my server? Or should I just spend $14 with Presto, put them on the server, make a CD-R for the car and be done with it?

Many thanks. I’m sure I will run into this problem again at some point… a decade from now.

Harmonia Mundi SACDs have always been hybrids, I think. It is strange that you are unable to put the disc in an optical drive on a computer and extract the CD layer. This should work.

I think the reason you are not getting the audio out of the Oppo is that it is likely set to automatically read the SACD layer of the disc when inserted in the player. I know there are choices in settings to either choose stereo or multichannel…but I don’t know if there is a setting for the player to choose the CD layer. I would poke around.

Also, there is a button on the Oppo remote that you can toggle between stereo and multichannel layers of the SACD (but not the CD layer). I think it is called “Audio”. It restarts the track but works.

You can do the conversion. As others have pointed out you need a player to read the disk. I believe a 2 step conversion works best (to dsf and then dsf to flac). This article will give you some ideas how to do this. Converting my sacd iso to flac | Headphone Reviews and Discussion - Head-Fi.org

I’m kind of on a mission with this now… How could I lift this audio layer off the disc and then use those files to make a CD-R and put them on my server?