Interesting this is happening with this album. It seems Roon isn’t finding Saturday Night Fever. It does appear to be in All Music. 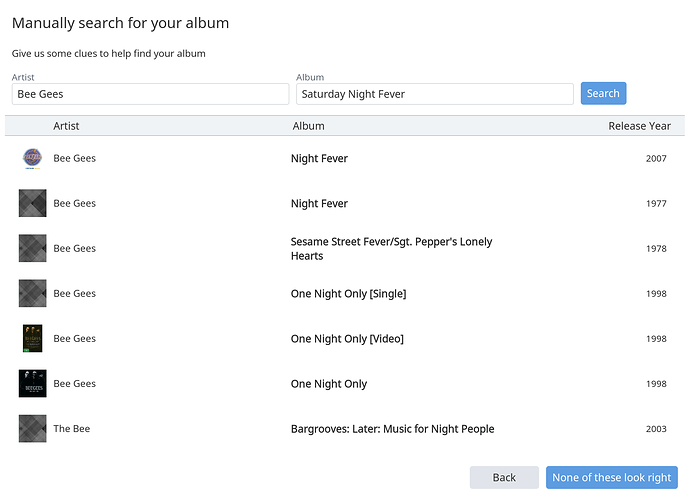 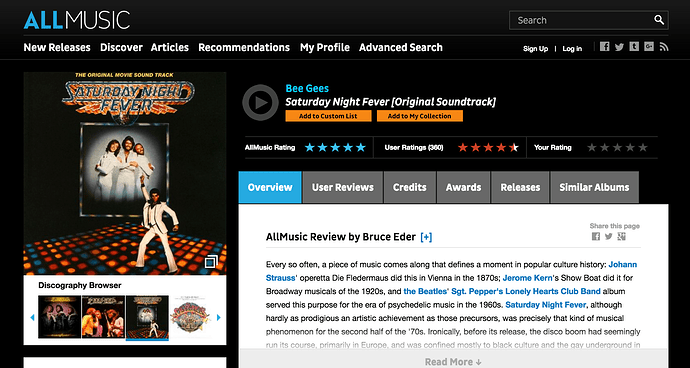 Try using “Various Artists” instead of “Bee Gees” in the artist search box.

I used Various Artists originally and it found it fine.

That’s interesting. Why would the indexing behave like this since the All Music entry for the artist is “Bee Gees?” Where is Roon pointed that it would see “Various Artists?” Understanding this would help in my future fixing of my database.

@jlo There are a number of things to understand here:

Hope that helps a bit, but there are no hard and fast rules that can be applied without seeing the raw data; certainly, direct comparisons of Roon metadata to what is listed on allmusic.com are not a good idea.

Good to know. I’ve seen All Music explained as the root of bad data before. Is the indexing determined by artist alone? For example, Roon can find a range of albums attributed to artist, but I just tried it in finding albums based on album name but doesn’t seem to do that. Perhaos it does but I don’t recall ever seeing it. If it could find the album “Saturday Night Live” with the “Various Artists” as the artist, that could be useful.