Similar riff to “the end” by the doors?

How many times have you listened to a track and thought the riff is very similar….we’ve all heard the story about the George Harrison with his song “my sweet lord”, and also the opening from “stairway to heaven” being very similar in structure to another song (which led zeppelin apparently stole from a supporting band) - and also the opening bit to Men at Work’s famous track “down under” being potentially ripped off from the Aussie folk song “kookaburra sits in the old gumtree”……

Well I stumbled across another one that is so damn similar - check this out. The opening riff from The Doors’ epic song “the end” to the track called “aey na Balam” by the artist “arooj aftab” from the album called “bird under water’. Does the riff sound the same to you?

I would speak of very similar but not the same

Very careful observation, because not everyone compares rock and new age. I like both pieces of music and also have a lot of New Age from 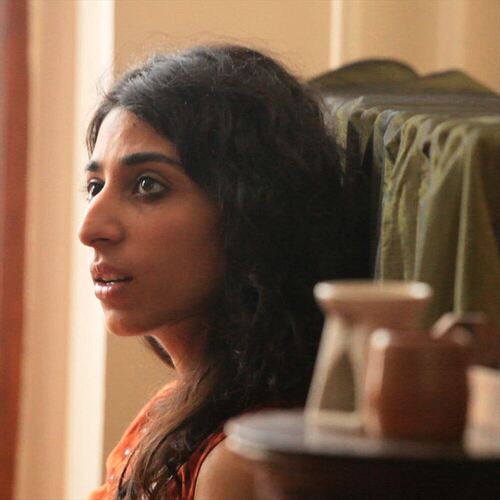 Arooj Aftab is a young prodigy of Pakistani origin who has lived in Brooklyn since she was 18. This is the second album from this singer-songwriter (and what a singer!). Six years after Bird Under Water, her music is taking wing again and soaring even higher with Vulture Prince . She had hoped that this release would be filled with light and joy: but a family bereavement got in the way. Her younger brother and a journalist friend both passed away as she was writing this album. The young woman set out to find a connection to life after death and to pay tribute to them. The album is dedicated to her brother Maher and the track Saans Lo is based on a poem by her friend Annie Ali Khan, with whom she had long been planning to collaborate. Arooj Aftab draws strength and originality from the blend of her mixed heritage. Her singing voice is inspired by the Indo-Persian traditions of earthly and divine love songs, by the ghazal form, and by Sufi poetry. Last Night is based on a poem by the founder of the whirling dervishes Jalâl ad-Din Rûmî, while Mohabbat is written around verses by Urdu poet Hafeez Hoshiarpuri. Musically, Arooj Aftab borrows deftly from jazz and mystical electronic music, which provides a perfect foil for her heavenly singing. Track after track, the music’s radiance offers comfort and pure, deep euphoria. © Benjamin MiNiMuM/Qobuz

I actually like both “vulture prince” and “bird under water” and consider both to be great albums. She is a great singer and both albums are very atmospheric - and great to listen to late at night.

But that riff from the 3rd song on “bird under water” always gets me. It’s just seems so similar to “the end”. Both are great songs though.