Small Green Computer Sonictransporter i5 if

If anyone is using the Small Green Computer’s Sonic Transport i5 or any of their other core product, I’d like to know if you are having any issues. I’ve had this issue since day one, while listening through Roon it shows loses connection, this is NOT a network issue, I had installed a trend network switch and for 2 weeks worked flawlessly until today. When it occurs my router shows it’s still connected. I have rebooted my modem, router, and the i5. After installing a network switch it played flawlessly for about 2 weeks until today. It takes about 10-15 minutes to come back. Also this unit runs EXTREMELY hot to the touch even while at idle. Any advice would be appreciated. TIA 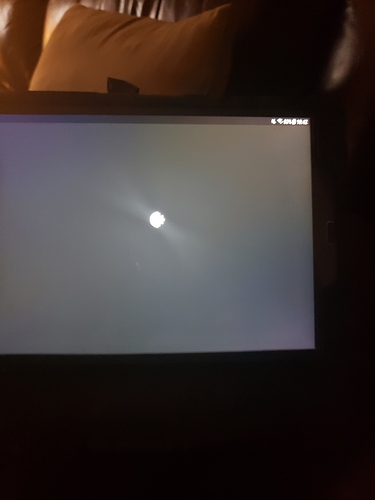 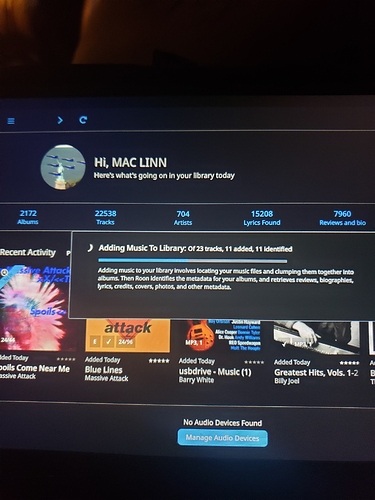 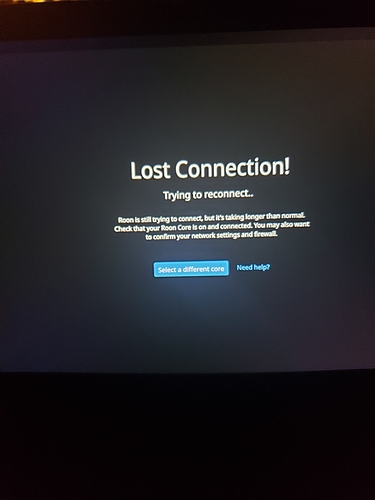 I have been using a i5 for over two years and have had no issues at all once I fixed my Netgear Orbi problems and eliminated the gigaFoil I was trying out. I had to add a unmanaged switch for the Orbi to work properly, Here is what has been rock solid for a couple years now.

I have mine connected the same way with the exception of the the optical line, this is not a network issue as when it happens my ASUS GT-11000 router shows the i5 still connected when the issue occurs.

Did you check in on the SGC site. From what I’ve observed @agillis is usually responsive to problems.

We’ve been joined at the hips for over 3 weeks, blaming everything except the i5. Prior to the i5 I was using my PC WIN10, not a hiccup other than it was slow.

@Robert_Zinn I have been working to try and help you with your issues. At the moment it looks like it can’t connect to your NAS. This is the error from the Roon log you sent me.

This does point to a network issue possible with your NAS.

I’m surprised Roon support didn’t see that in your log.

I can connect from remote and take a look at that if you want. We are already working on supporting this issue via e-mail. Let’s stick with that instead of the Roon forum.