Hi,
I installed my first Roon yesterday and can’t understand the bandwidth use.
My music is on a NAS. My collection is considered small for Roon (~1k albums / ~500GB). It stands on a NAS (SMB share).

I was confused yesterday when noticing the bandwidth already used (1½ × Music size). I let it run: I though maybe some other scan I don’t understand. This morning, the network consumption seems stable to 20MB/s. And the core have already read 3 times the collection (at least 3 times the data size).

So, what does Roon core do ? Is there a way to stop this non-sense use of bandwith and drive I/O.

Note that no Music was read during this time, remote was stopped.

From the NAS side: 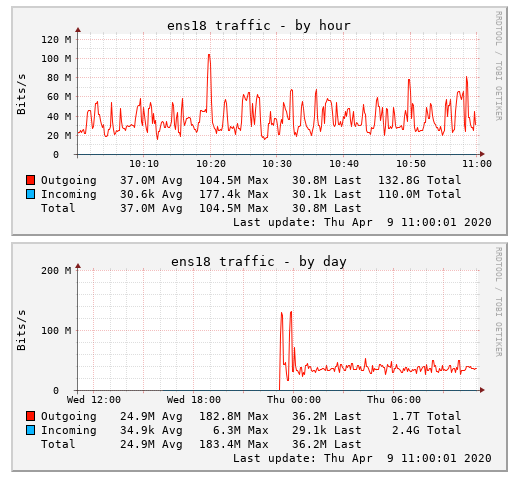 perhaps Audio Analysis is still ongoing…
You can check by going to Settings/Library/Background Audio Analysis Speed. If there is a line ‘Analyzing: X/Y’, the server hasn’t finished yet. If that’s the case, you may want to assign more cores to it until the inital analysis is done.

BTW - have you confirmed the traffic really is caused by Roon? If yes, it should stop when you shut down the server process.

Rolf,
thanks for your reply.

I have no proof of that but I am pretty sure that I hadn’t any visible analysing stuff in progress (in the remote) during this problem time. And yes, I am 100% sure it came from roon server. It’s fair to ask.
Anyway, I played a lot with my network today and despite restoring the VM, I can’t reproduce this issue.
I guess it will stay a unresolved issue: due to the strange time we live, I go deeper and now playing with a new hypervisor, new nas, new everything. So next roon server test in a couple of days, but with a new OS too.
I’ll ask again if I experience same I/O or network use: this is a no-go for me.

non-sense use of bandwith and drive I/O

Yup, I think your issue is not Roon but something else.
I am about 100% sure that your NAS is ether hacked or you are torrenting.

My Roon server which reside in a Virtualization server (KVM) does not produce that type of data in one day, not in a life time.

Think about it… You have an outgoing connection sucking bandwidth. What NAS OS you use? FreeNAS?

As far as IO… What do you mean? Whats the problem with your HDD IO? Is your NAS bottle necked by IO?

Again, Investigate a bit further, Roon does not suck that much bandwith.

Didnt see this reply. Sounds like you have a test planned. Keep us posted.

Take care and be safe.

So, Rolf, you were right, sound analysing is in progress. And adapting number of cores dedicated greatly change the instantaneous consumption.

Following, the bandwidth between nas & roon server from first connection of remote to roon server to ~1900 files analysed.
Some notes: 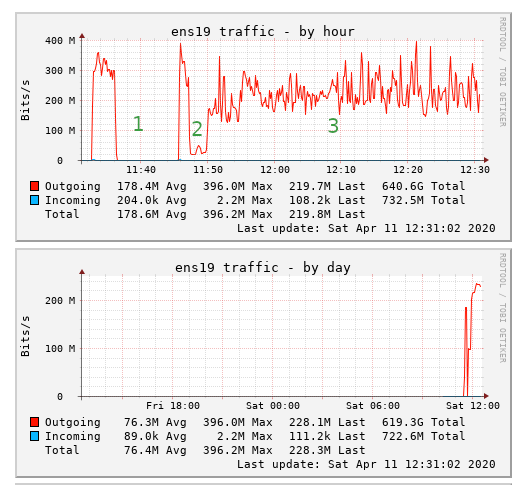 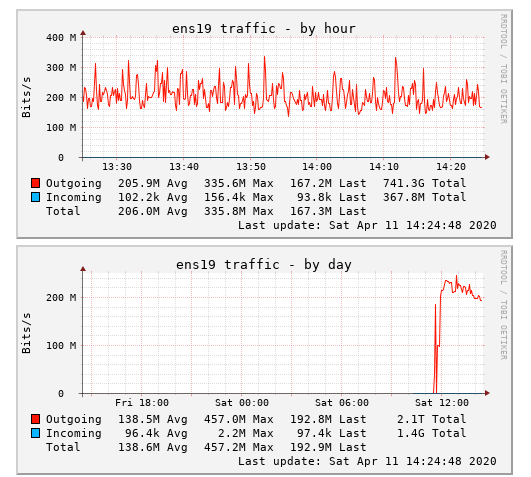 ½ of collection analysed, 4× collection data size already transferred! I am really confused about the process.

Anyway, I will report when analyse completed.

Finally, after 5h of 100% of 2×i3 cores work. Audio analyse is completed. Network bandwidth is back to normal. Good point. 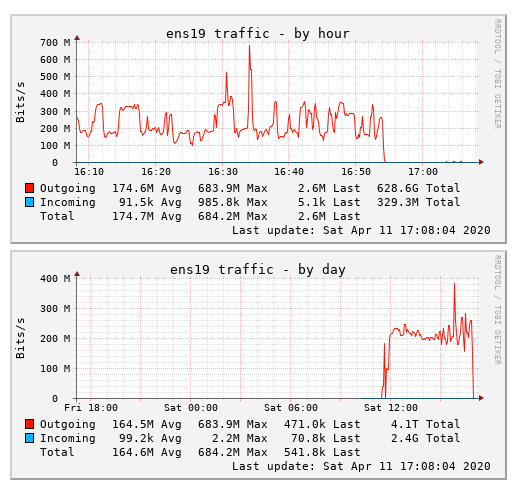 OMG, I just figured out: 4Tb transferred, so ~500GB (collection data size). Ooops!
So, nothing wrong with that.

Except half of my album covers disappeared, but it’s another issue.