I tried to search for this feature but nothing has come up. I’m wondering if you have considered adding “bios” or backgrounds on songs?

Some songs have lives of their own and deserve their own write-up. I’m thinking like most jazz standards and a lot of classical pieces but also folk, rock and traditional songs too. I’m thinking Lennon’s “Imagine”, Dylan’s “All Along the Watchtower” and even “Yankee Doodle”; there are plenty of other iconic songs that people could list.

The song’s “bio” (for lack of a better term) could include some background of why and when it was written as well as under what circumstances. Also how the song has been used and its influence in society. It could also include some common interpretations of the lyrics (if the song has lyrics).

I know that the songwriter feature in Roon allows one to find out who wrote, performed and covered the song which is a good start. But maybe there could be more for us song lovers?

Obviously the challenge is getting the metadata that is useful/reliable but there are fan-run sites that discuss specific songs, including Songmeanings.com even Wikipedia itself. 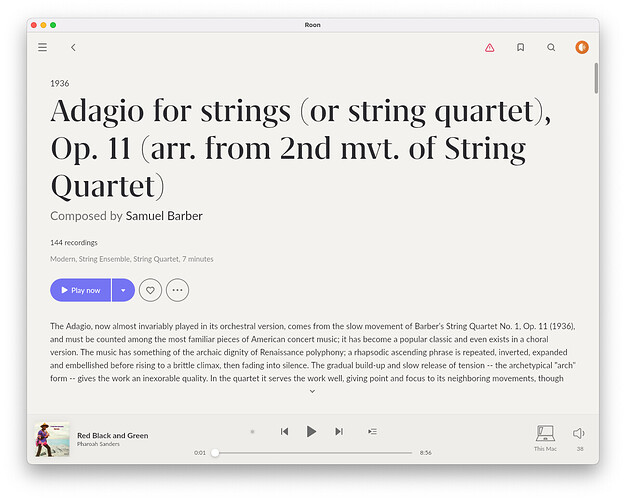 There are some, though… 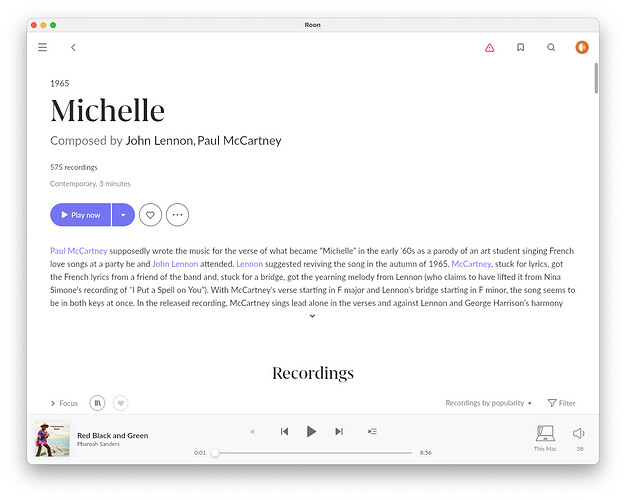 We are working on incorporating a new data source which should cover popular music more readily.

Nice! This is good.

I am finding it difficult to get to the compositions page for some songs though. E.g., I click on the three dots and it is sometimes there, sometimes not: 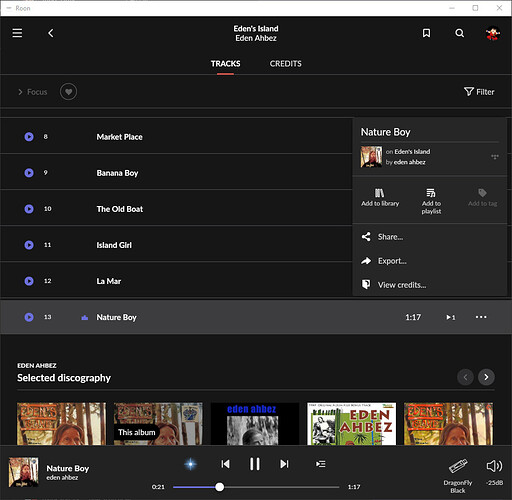 Maybe you can provide an option in the settings to force the compositions page for every track?

Feature suggestion: why not have Wikipedia links to artists, albums, songs, etc.? Always thought this would be relatively simple. Or is there a legal issue?

Our data sources do not provide data about every composition. When the data is available, there is a page.

Wikipedia is one data source that we are developing. As with any new data source, the challenging part is matching up identifiers for artists/albums/track/etc from our world to theirs. There is no universal translation table, and doing it safely and correctly is harder than it may seem on the surface.

Wikipedia is editable, isn’t that the point of it?

the challenging part is matching up identifiers for artists/albums/track/etc from our world to theirs. There is no universal translation table, and doing it safely and correctly is harder than it may seem on the surface.

The problem you’re describing here has a name in the library world, “authority control”. It’s a generally tricky problem but I’d be surprised if classical/opera didn’t have something similar in operation for academics.