I’ve been playing with the new ROONALBUMTAG feature and I really like it, but it would be very useful if it could be possible to sort the view after a custom number tag e.g. ROONSORTTAG.

I have some lists like the one below (100 Greatest Albums Of The 90s) and it would be awesome if it could be possible to sort them by the actual position on the list e.g. 1 Metallica - black album, 2 Soundgarden - Superunknown etc. 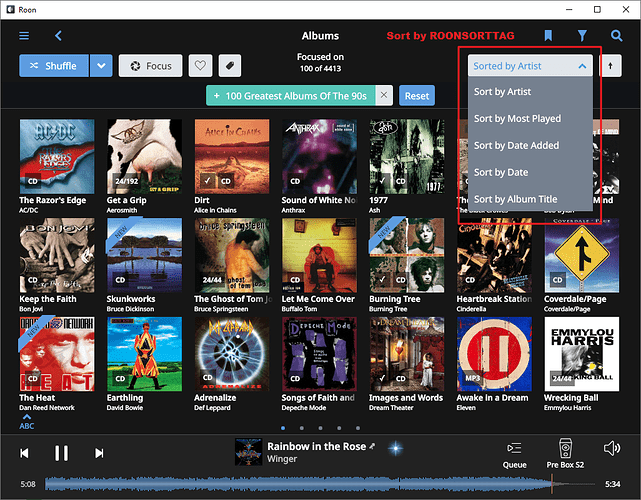 Surprised that this doesn’t seem to have had any comments to support the request. I’ve just bookmarked the 20 albums of 1967 listed by the Independent.

The only way that I can think to do this at the moment would be to manually edit the release date - time consuming and would then mean that data was incorrect.

Ideally, would like to have a ‘Custom Sort’ tag which can be populated for any album. If not, how about an option to sort by RoonAlbumTag?