Sort by Plays seems off

When I sort my view of albums by plays, the results seem to be random and not related to the number of plays displayed by the tracks of each album. Am I missing something?

Can you share some screenshots? Also, do you have multiple versions of the most played albums in your library? Order will be based on totals from all versions.

Here are three screen shots. The two albums used to illustrate are in the third rows with a large difference in the plays … 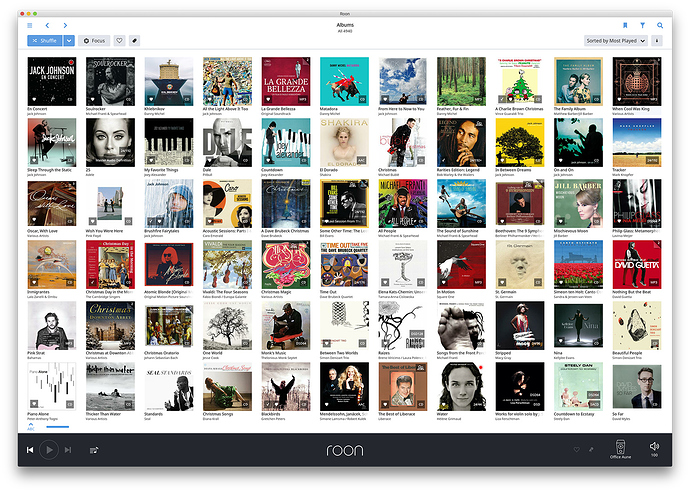 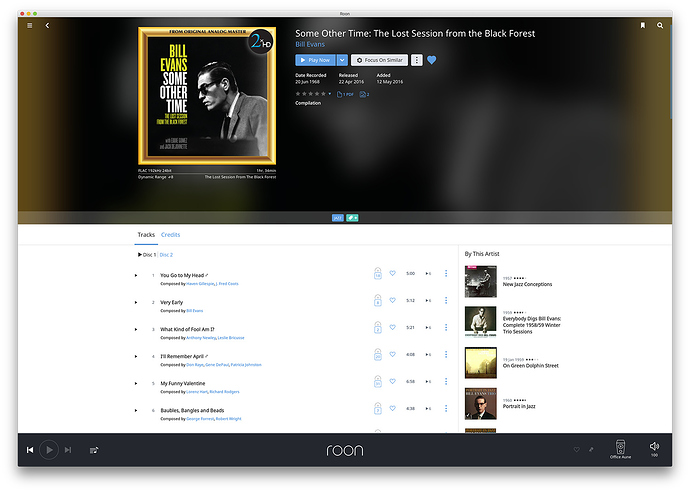 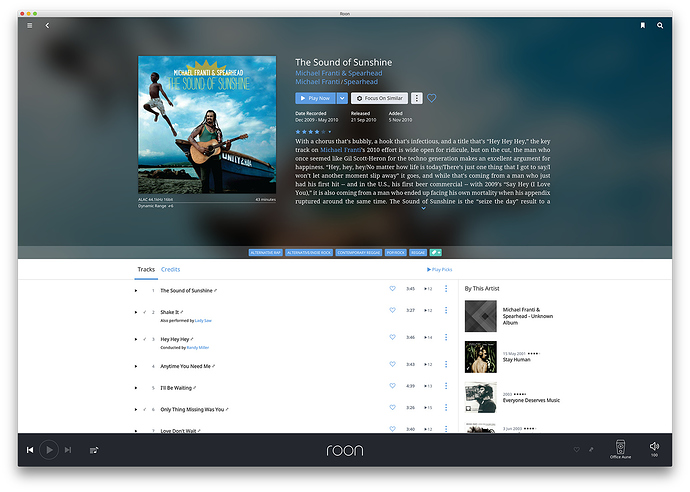 Short of totting-up individual counts against tracks I would agree that this doesn’t look right if based on track counts. But a quick search of the forum provides some explanation … it’s now based on duration played. See the following thread.

"Sorting by Most Played" is inconsistent Feature Requests

Although for me Roon is the best music program I’ve ever used, one thing keeps coming to my mind. Unfortunately the option “Sorted by Most Played” ist not consistent throughtout the different elements: At the Album Browser the albums are sorted by duration of the tracks which were listened to. I think that´s the right method. So an album with three long tracks (60min) is higher up in the list than a ten track album (50min) - when I listen both of them once. At the Artist Browser the artists a…

That really doesn’t make sense at all. When I think about most played album, I would expect that Roon would use the number of times the album was played. Imagine if I were a Wagner fan?

Imagine if I were a Wagner fan?

I think that may be the rationale for the change. It also does fit the definition of “most played”.

I think this data are used too. I’m guessing partial plays or repeat plays of a favourite track all go into the mix.

I cannot see any reason to use the duration in most played. I cannot imagine anyone would approach defining Most Played by minutes consumed.

Full album plays seems most intuitive followed by some sort of average for the album by the track played, but really, duration? Even the streaming services pay by track, not minute…

On the face of it, yes. However, we’re not looking at a simple count like last.fm uses. I think Roon uses a more complex algorithm.

I guess that’s closer to what you want, but it’s probably best described as most popular rather than most played.

However, I imagine it’s relevant for those who listen to tracks that last 20 minutes or more. For example, should Supper’s Ready have the same “weighting” as Invisible Touch? Probably not the best examples and possibly more relevant to classical or jazz.

I mostly listen to jazz and classical and find that the wired counting makes Most Played kind of hard to use.

@brian, would a Most Played by album play counts be a doable feature request?

We might continue to put work into the algorithms in the future, but I don’t foresee putting a tweaking knob here like you propose.

We’ve built products in the past that work more like what you’re proposing. I’m not sure if we ever had that behavior in Roon, but this is the 3rd or 4th piece of music player software we’ve been involved with…so plenty of time to see how all of the different approaches pan out.

The problem with doing anything but normalizing by time investment is that it creates bias towards or against certain album structures. Whether that means albums with lots of small tracks, multi-disc albums, or very short/long albums depends on the exact choices, but there’s always a bias.

Time is the most invariant thing we can think of for measuring your personal investment in a piece of content. How much of your life you choose to invest–as a concept–has inherent fairness. You can make any album shoot to the top by spending a similar amount of time listening to it as your top album.

Schemes based on counts fall over and over longer periods, you tend to see that all of your top albums have a pattern to them. Usually @mike is the one with a keen eye for these effects over here, since he has a very broad collection with a lot of time listening to different kinds of stuff, so it’s really clear in his experience when a certain genre or type of release seems to be unfairly penalized.

I remember in one iteration that my top albums were all albums with tons of tiny tracks from the 45 era, even though that is far from what I focus on, because we were. That was when we were just sorting by “number of track plays for tracks of this album”, so it was a lot easier to rack up plays of 3 minute tracks than 20 minute tracks.

Then we tried normalizing by album duration or album track count, and a different effect popped up–the albums at the top were all shorter. It was biased towards LPs/EPs/Singles and against disc/box sets or even modern releases that creep out towards the 80 minute limit. I think we tried something that took discs into account at some point too.

We’re currently working on metrics for measuring popularity across all music in the world and our whole member base and having to think through a lot of this again. It’s tough stuff to make something fair that generalizes well to lots of different content and behaviors. Charting across a population is a slightly different problem than personal most-played sorting, so the decisions aren’t 100% the same, but it’s definitely something we give a lot of thought to.

Thanks for the inciteful response

What about adding a Sort by Play Count and just use the tally for the album for the ranking?