Split 2 versions of an album into 2 separate albums

Muse has just released Origin of Symmetry (XX Anniversary RemiXX).
I would like this album to show as a separate album in Roon, but it currently shows as another version under the original album.

Is there any way to have Roon treat them as 2 distinct albums?

EDIT: both are Qobuz albums, I do not have them physically.

You can try to re-identify the new album, and see if you can match it with another than the original album.
Dirk

EDIT : ok ,if you read my first answer, ignore it

I misunderstood what you were trying to do. If I add both versions to my library, they autmatically appear as seperate albums. 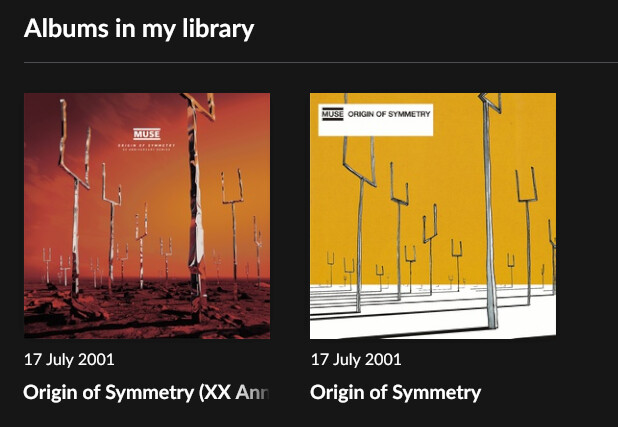 And to complete the info: 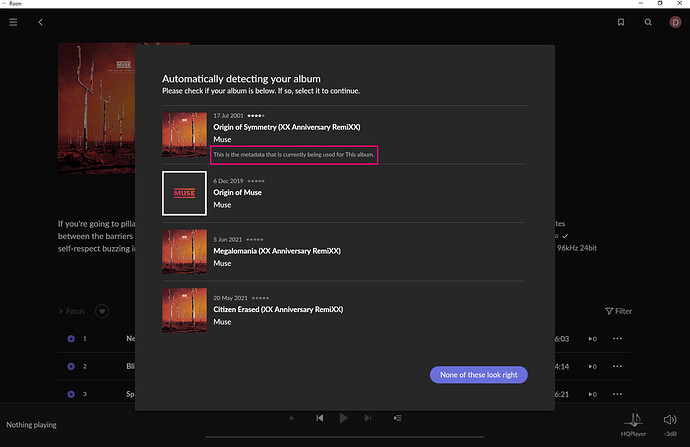 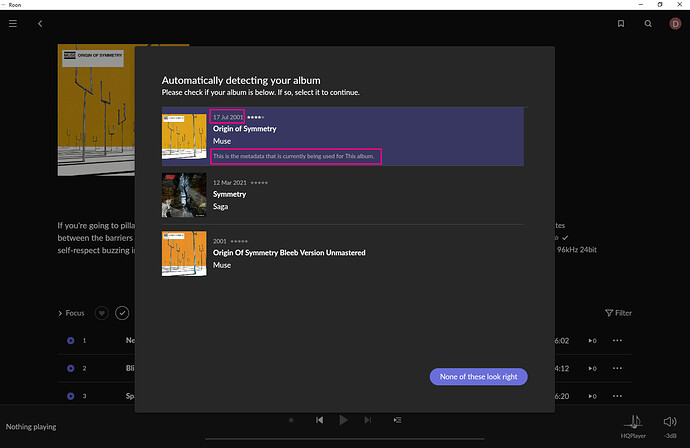 @anon90297517 I wasn’t able to identify it against another album.
If I keep clicking on ‘None of these look right’, I can make the album ‘unidentified’ but I’ll loose all the lyrics, bio, etc for the album.

@AnthonyH You’re right, they do show as 2 separate albums in the My Library view. I was looking at the Discography tab on the artist page and it shows a single album there. Happy to use My Library as a work-around.

Happy to use My Library as a work-around.

The two views are different. If you want to see everything in your library, you use Overview or Album Library, not, Discography. Discography has different goals than providing a detail look into your library, as I understand it.