Spotify or Spotify HiFi in Roon [spotify will not allow this]

And then code it all

And this all helps Tidal, improve and continued to raise the quality we all want , How?

But can someone clarify the issue exactly? From some of the recent posts I understood the issue was Spotify not granting access to the full metadata a priori - but the option of playing a stream was still there?

Nothing has changed since Danny posted this:

100% agreed @evanw – but Spotify has actively shut us down. They’ve pretty much shut down everyone post-Spotify Connect (except Sonos, which they can’t afford to lose). We do have working integrations with Deezer and Rhapsody, but because they didn’t give us their backend databases, the integrations feel like a bolt on, because we can’t match up the content on their network to content on your hard drives.

Ok, yes, I understand this is a shitty solution and one that might not be up to snuff of Roon standards. Got it.

4 posts were split to a new topic: Will upsampling help sound quality of mp3 files?

Out of curiosity… Why would Spotify mind? Is it that they do deep tracking of user actions through their app (ie what playlists are created, who we follow, even what songs we put in queues that never played or we played partially). If their arguments are due to possible lower info gathering, then I have to say I do see their point… But what would be a good way around this? Maybe Roon can agree to share with them play queues that they would not see otherwise - eg they would include both local and TIDAL tracks? Politics…

I really can’t guess. There are lots of decisions in the audio marketplace that don’t seem to make rational sense to me. Why is Auralic so opposed to making the Aries Mini Roon Ready or implementing an NAA ? Why can’t Linn and Roon agree on a future compatibility path ? Why does Qobuz think re-inventing Roon will be better than integrating ? Some of these may be “sunk cost” thinking, it may be that personalities play a part.

My best guess is that Spotify are focussed on ensuring that they can never ever be overtaken by Apple and that anything that doesn’t contribute to that effort is regarded as surplus. Your suspicions about data gathering make sense to me to.

There’s also the brand identity and it’s control - if you become a backend music database only, it is easier for an app like Roon to switch streaming providers without changing the user experience - bad for Spotify. So I guess they might have a point…

I agree. Spotify’s discover weekly is truly amazing way to find new music. I love the the quality of Tidal but damn they push their artists so that it’s become a chore to get to the music I want to listen to. Hate to say but I ready to drop them again.

Does the Roon team have any plans to integrate the upcoming Spotify Hi-Fi service? http://www.theverge.com/2017/3/1/14776780/spotify-hi-fi-preparing-launch-lossless-audio-tier 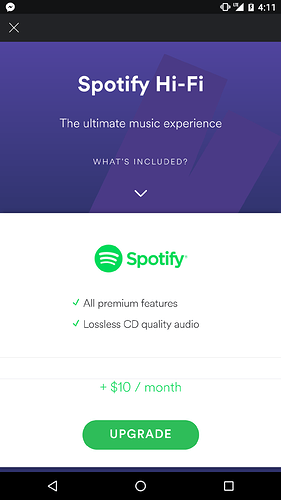 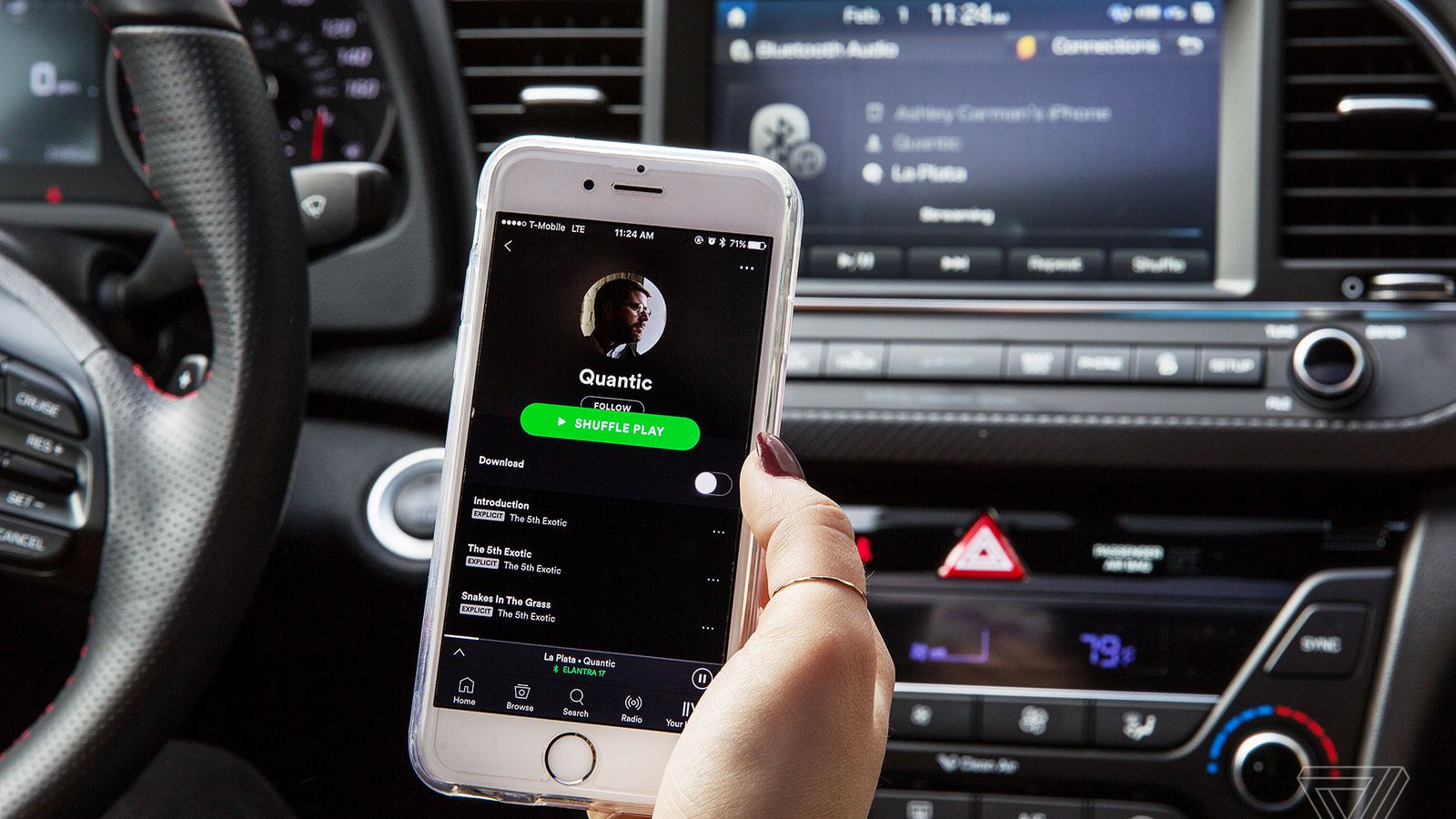 Anyone seen or tried this? They call 320 kbs for Extreme, just wonder what lossless will be

Spotify takes a cue from Tidal with hi-fi streaming option

Be great if Roon software could be extended to work with Spotify, as well as the current Tidal integration.

They are supposed to be at risk of financial bankruptcy so a little boost from Roon may just give them the momentum they need and good competition for Qobuz and their move towards Roon-like features.

Roon and Spotify Hi-Fi. That would be awesome

Roon does risk losing my subscription if Spotifiy Hi Fi integration is not implemented. Tidal is great for sound quality, but Spotify wins on so many other levels, that this will be what pushes me back.