SSD's getting bigger and cheaper by the week

maybe if you have a HUGE library its not perfect…unless the Mono issues get figured out for HUGE libraries…but one of these in a Nucleus + could be a total solution to going NAS less and noise less for a large library. Mine is around 8.8TB now but could do with a lot of trimming of dupes and stuff I wont probably listen to.

This is probably not going to be of interest to too many but who knows maybe cheaper than a NAS and 8TB of disks…or getting close. 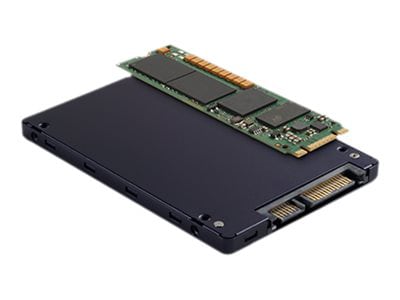 Question is why you would want to invest so much in SSD when conventional tech is so cheap and works so well? I think if it were, maybe, 10 or 15% more than HDD, then SSD would be definitely viable for mass music stockage for the start up time benefits mostly i guess? Interesting discussion, however. Perhaps Cloud storage will become more viable even.

2k for something I can have for under 400 and have raid support. If that drive fails you loose the lot. Ive had 2 SSD fail on me due to powercuts so would not trust anything to one drive.

I’m not in that camp

but silence would be nice in a server.

2k for something I can have for under 400 and have raid support. If that drive fails you loose the lot. Ive had 2 SSD fail on me due to powercuts so would not trust anything to one drive.

True…but if you back up to a NAS then all is OK…no matter where you have your music - on a single spinning or silicon based drive you still need a backup or 2.

Yup I had cloud and usb backup.

I can understand if you have you music server in the rack with your kit then it could cut down on RF/EMI and audible noise, but if you like me who has all the noisey stuff in a cupboard neatly tucked away in another room well away from the listening area it’s a bit moot.

Also having just conducted my own tests capturing the analogue output of my system to a digital recorder playing the same track from local usb stick, Nas via Lan and WiFi examing the captured waveforms and listening and switching seamlessly between them and could see nor hear any difference I conclude adding SSD would not improve my sq in any way.

silence would be nice in a server

Actually silence is pretty easy to achieve in a full case PC custom built. The available sound dampening cases, silent running power supplies, and silent fans make them dead quiet. Much more silent than any NUC. Even running a full desktop i7 instead of a NUC’s wimpy little mobile cpu.

Funny thing:
By the standards of the computer industry, $2,500 is expensive.

By the standards of the audio industry, ho hum: Chord Hugo 2, Audeze LCD-3, PS Audio Directstream Jr, Mytek Brooklyn are not even the top products in those manufacturers’ lines.

It seems the Roon forum is split between the two worlds.

I wonder if the chatter that is being noted on NAS drive access by roon (assuming it is the cause) will cause ssd failures in time. While roon should only be reading data this might never be an issue. Be interesting to see. Might chuck a spinning drive in my NUC and place some music there to watch das blinkin lights

I’m also using a SSD-only setup. But only 1TB and the reason isn’t sound quality but avoiding movable parts and increasing durability. I’ve also read that SSDs save some energy. Well, my backups are still on spinning disks.

FYI: there is no need to go to an ssd for storing there music, what a waste of money. Also, when you see vendors touting ssd for caching music, like the aurrender servers, IMO, that’s a gimmick.

I worked for a company that sells ssd to large corporations and ssd are great at doing certain things, playing music isn’t 1 of them.

The best server is 1 used out of the audio room. Never place a server in the room, that’s why you see people selling bridges which allow you to put a server in a different room/floor of your house.

Back to ssd, music files are so small, a good hard disk will read the full music file in 1/2 disk rotation. Also, when a server plays the file, it stores the file in real memory and it is played from real memory. So why would you want to use an expensive ssd to cache music? With ssd, you have so much overhead for writes called write am-lificarion, you also have to do system trims to clean up the ssd in the background, and the ssd is only good for X number of accesses then it’s useless, all this is determined on how good the ssd is. The cheap ssd that are used in pc’s/macs and in music servers, are the cheaper 1’s that don’t have the overprovisioning that your commercial ssd have.

The point about SSDs having limited write longevity is correct, but not relevant here.
a) The numbers are high. I just looked at a 1 TB Samsung SSD, with endurance of 600 TBW, i.e. the drive can be completely rewritten 600 times over the 5 year warranty period.
b) Music storage is perfect for SSD, because it is a write-once-read-many life cycle. We do not ever rewrite the music files.

I have an SSD in my Mac Mini that backs up to a Synology NAS w/ HDDs. The SSD is silent, the HDDs in the NAS are loud enough to need to be sequestered in an isolated part of the house. The price per TB for SSD’s is falling fast enough that I’m not concerned about testing the limits of their lifespan. Both drive types still have their strengths, but I definitely don’t want HDDs anywhere near my listening room.

Call me crazy, but my Roon is running on a notebook with an SSD and the music is on a 6gb external hard drive attached to that notebook. The notebook is quiet because the fan never comes on during normal use and I hear nothing from the hard drive, even if I stand a foot away. If I did hear noise from the HD, I’d stream the music from my NAS in another room. I a
m not on a quest for quiet because I don’t hear noise from what is a pretty conventional, run-of-the mill system.

By the standards of the computer industry, $2,500 is expensive.

By the standards of the audio industry, ho hum: Chord Hugo 2, Audeze LCD-3, PS Audio Directstream Jr, Mytek Brooklyn are not even the top products in those manufacturers’ lines.

It seems the Roon forum is split between the two worlds.

I use a 6 bay RAID array (RAID 6, because yes I have lost 2 drives). I would love to go SSD, mainly for power consumption. I seriously doubt any sonic changes at all.