Although planned to be ‘only’ about the new kernel, the release is in the end bigger than expected.
Stuff all over the place, so here’s the changelog:

As always: stay safe and enjoy!

Thank you Harry! I use your software daily and love it. Thanks for the update. Look forward to checking it out.

A flawless XL update installed in just a few minutes on my RPi 3B+/HiFiBerry Dac2 Pro.

Thanks for the great software, @spockfish!

Do I need to manually update or does RoPieee automatically update?

Thanks I will check. I assume that is what I did but who knows 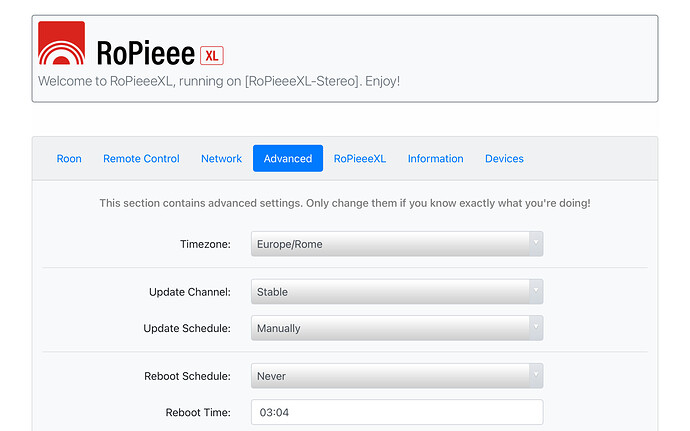 What version of librespot is used in current release XL?

I’m currently using raspotify on DietPi and it’s running librespot 1.6. I’m hoping that 2.0 or the hopefully released 3.0 improve SQ over 1.6.

I can’t relate to those version numbers that you are mentioning.
Are you sure you don’t have the digit wrong? Because 0.1.6 and 0.2 are valid Librespot releases.

Thanks, yes I had the decimal in the wrong place.