I just burned over an hour to fix this problem with no avail. Stereophile released 3 test CDs in three different years. Roon database has all three CDs properly. However, it is impossible to have the three CDs separately identified as three different CDs. They are all merged into one CDs with three duplicate track numbers. My iTunes metadata properly distinguishes them as Vol. 1, 2, and 3. I cannot even manually separate them. What should i do?

I recall having a similar problem but I checked and I guess I (or Roon) fixed it. 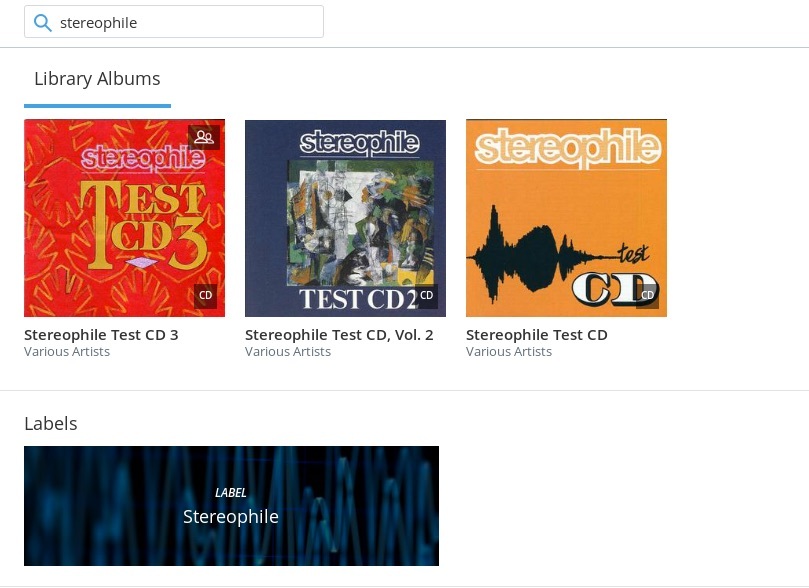 If you like I can send over some screenshots of how iTunes has organized them.

No, the three CDs are all merged into a single CD (three track #1, etc.). How do I split tracks in a single album into two separate CDs?

I use iTunes only to edit the metadata registered into the tracks. I don’t use the library xml files and just have Roon read in the music folder directly. So how iTunes organizes them shouldn’t affect how Roon reads them in.

I did the fix inside iTunes. It did not change how iTunes displays the CDs but it did get Roon organized on them.

Here’s how the info looks for each CD in my iTunes: 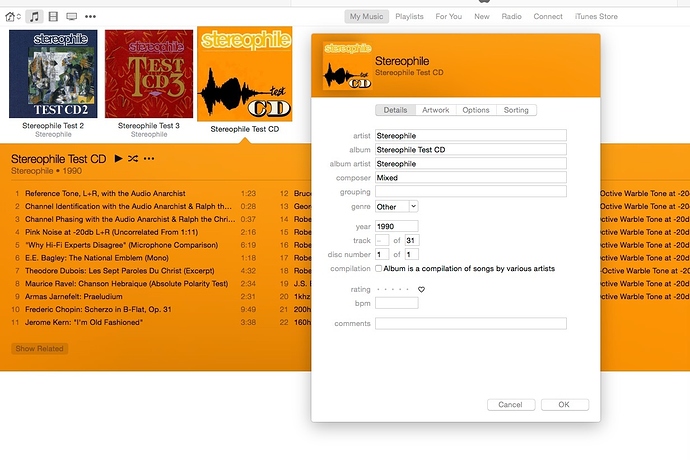 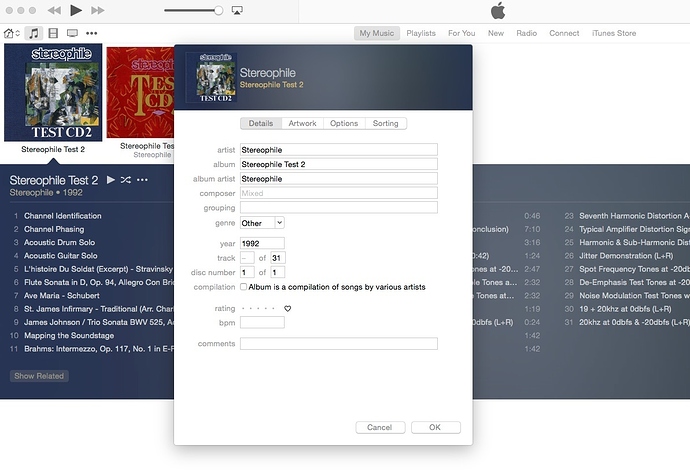 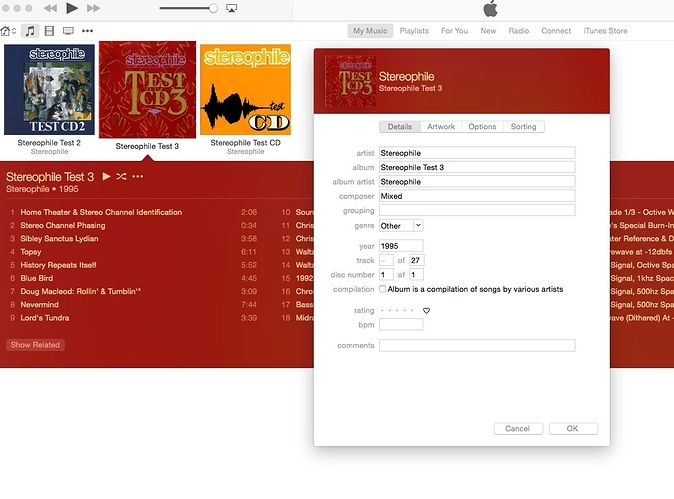 Thanks for the kind help. I already worked around it so they appear as CD1-3 in a single set. The only problem is that I can only use one artwork, but it is not a big deal.

I didn’t want to change the artist for all tracks to Stereophile (I did for album artist though), so I’ll just leave it at that.

My general question though: how do I manually separate groups of tracks into separate albums?

Well that’s a question for the varsity. I’m still jv.

When Roon doesn’t display albums, tracks, double-albums, etc.the way I want, I edit the data in iTunes or another tag editor.

I’m sure the answer for you is there.

Wish I could be of more help.