I love to hear strong female backup singers on tracks like Kate Bush backing Peter Gabriel on Don’t Give Up or Yonnick Etienne on Roxy Music’s Avalon.

I also recently discovered Unmarked Road by Doug MacLeod with an amazing strong crystal clear female that is so soulfully pure it’ll bring a tear to your eye.

Anyone know of any other songs like this where a female vocal can sometimes overshadow the main vocalist?

Stevie Nicks and Tom Petty - Stop Draggin’ My Heart Around 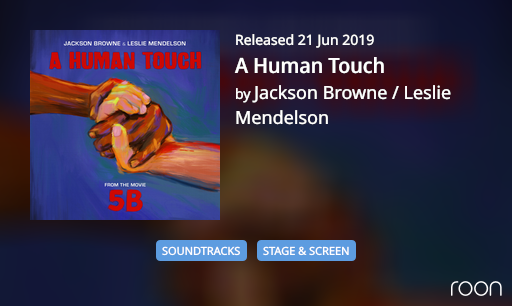 Great Gig in the Sky from Dark Side Of The Moon probably warrants a mention!

Agreed. As the story goes, the physical strain of that session resulted in her having a miscarriage. Crazy stuff.

FOR CLAYTON, THE GLOOM IS GONE

Merry Clayton's spine-chilling vocal on the Rolling Stones' "Gimme Shelter" is one of the most famed in '60s rock.

First thing that came to my mind. Let’s give her credit, this was Clare Torry. Clare H. Torry (born 29 November 1947) is a British singer, best known for performing the wordless vocals on the song "The Great Gig in the Sky" by the group Pink Floyd on their 1973 album The Dark Side of the Moon. She also covered the Dolly Parton single "Love Is Like a Butterfly" for the opening titles of the BBC TV series Butterflies, which ran for four series between 1978 and 1983. Clare Torry was born in November 1947 in Marylebone to Geoffrey Napier Torry (1916-1979), who combined car...

Woman In Chains Tears For Fears and Oleta Adams

Anything Ninet Tayeb does with Steven Wilson. Some of her contributions aren’t exactly ‘back up’, more like duets, but strong contributions nonetheless. Had the privilege of seeing her with him a couple years back. Powerful.

John Mellencamp and Pat Peterson covering Like a Rolling Stone on the Bob Dylan The 30th Anniversary Concert Celebration, also released as a B side on his single release of Pop Singer.

I really like Oleta Adams, especially the Hearts & Flowers album.

Thanks, I’ve always liked Woman in Chains but I’ve not really looked into Oleta’s own work. I’ll change that now.

@Kevin_Owen, what album are you referring to? I don’t see it in her discog nor any performance credits?

Sorry, It’s the Circle of One album. Hearts and Flowers is Joan Armatrading, another exceptional album.

If you want strong female vocals generally, check out Hands Off Gretel.