My Control 10 is spending more time turned off than on lately, I am thinking of moving on and buying a mac mini + touch screen to replace it for a roon front end (UI) . I have not executed on this yet because I have not read or heard about a “screen saver” “album artwork for album currently playing” yet. I really miss this aspect of the Control series. Is this possible with a Mac mini + touch screen or iPad ?

It’s already there in Roon. Only problem is that I can’t see how to make it come on automatically. Nor am I sure that it is really a screen “saver” as such. 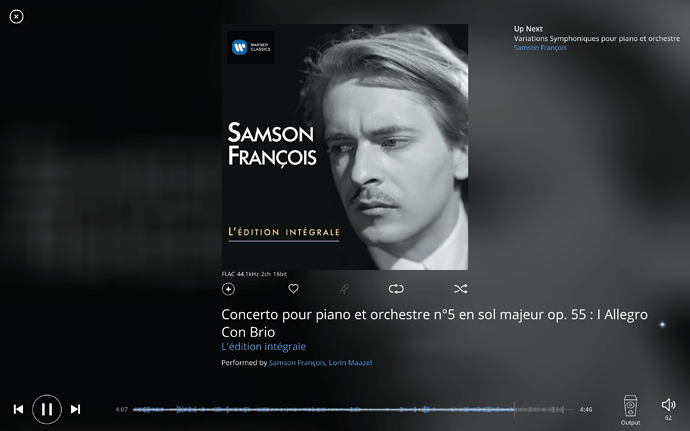 There is a lot of wasted screen estate, would be good if we could have a larger album cover and perhaps some more information on the artist/track

yeah, it needs some improvement, IMHO. I guess I am afraid using a touch screen with Mac mini is not such a good idea (though 3rd party drivers exist), also that the UI suffers in comparison to the Control 10/15 album cover mode.

I have a Mac mini connected to a 42 LED TV running Roon on Yosemite, I find the iPad app more than adequate for control and display, I did load Windows in bootcamp for the purpose of connecting a touchscreen display but cannot see what I’d really gain over the iPad app so sticking with Mac OS X and the iPad app for now

Since you are talking about buying a Mac mini, don’t have one already, why not get a Windows All-In-One? Already support touch. They come in all sizes, from 7" to 30", most are very inexpensive. Even if you are not a Windows user ordinarily, use it as a dedicated Roon box, like the Control:10. Costs less than the sales tax on Meridian gear…