Symbols on Coldplay's 'Music of the Spheres' not visible [Ticket In]

Can anyone see the track title symbols on Coldplay’s ‘Music of the Spheres’?

Same for me, something is wrong there

⣎⡇ꉺლ༽இ•̛)ྀ◞ ༎ຶ ༽ৣৢ؞ৢ؞ؖ ꉺლ (aka Kieran Hebden, aka Four Tet) has produced four singles under this moniker, none of which display properly in Roon: [Screen Shot 2020-03-28 at 13.53.22] I’ve checked the tags (they’re OK), and they do show up correctly in Audirvana: [Screen Shot 2020-03-28 at 13.52.52] To be honest, it doesn’t really make much difference how these titles are displayed - they don’t make any sense either way, at least not as far as I can tell - but it would be nice if Roon could…

Welcome to the forum and thanks for the report here, I am able to reproduce this behavior on my end. I’ve forwarded your report to the team!

Thank you for the heads up on this. We appreciate your help with these reports.

As @BlackJack mentioned, this is a known issue that we’ve investigated. A new ticket is being submitted and I’ve talked to the development team about this - it’s going to be a bit of a bugbear to tackle.

With that, we can’t offer any specific timelines for when this will happen. I can only say it’s something that we’re very interested in addressing and that it’s in the pipeline. As always, we appreciate your patience and understanding.

The album “Music Of The Spheres” from Coldplay has characters in the titles Roon cannot display. This happens on Mac, iPhone and iPad (I have not checked other OSses).

As you can see in this picture the unknown character is shown as question mark in a box.
Most of the time this has to do with fonts that do not support specific characters.

It happens on Android too. On the Ropieee’s LCD screen however they show fine as far as I can tell. 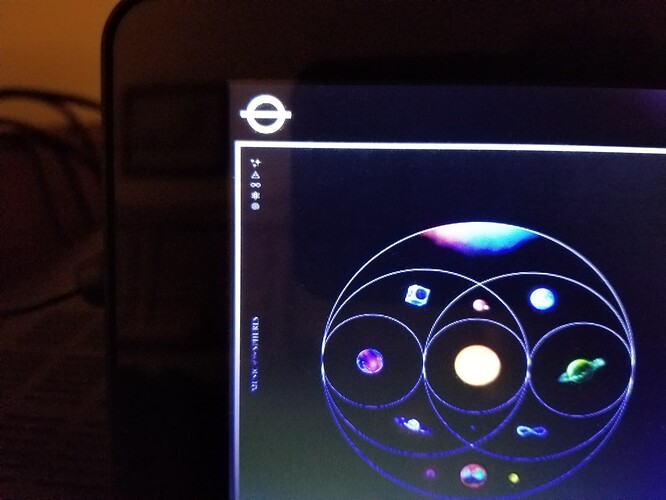 I also noticed this yesterday…you are not alone.

The special characters in the track names on the latest Coldplay album Music Of the Spheres (Qobuz album) do not display correctly in Roon (1.8 build 831).

This is happening both in the Android version (Samsung Galaxy S20FE, Android 11) and the Windows version (up-to-date Windows 10) of Roon:

The same tracks display correctly in Qobuz (both on Android and Windows):

@support Is this related to my copy of the album (ripped from CD) is showing most tracks as ‘Unavailable’ yet playing perfectly as I added them to a play queue when the album was first imported (and initially identified)? Or do I need to open a separate thread? 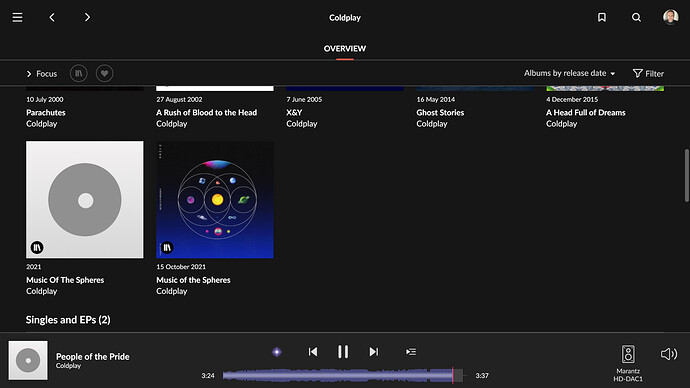 UPDATE: It’s now decided not to play ball and stop playing due to ‘Unavailability’ after most of the album played faultlessly.

Update: album is displaying and playable now after an update tonight. Please disregard this post. Thanks.