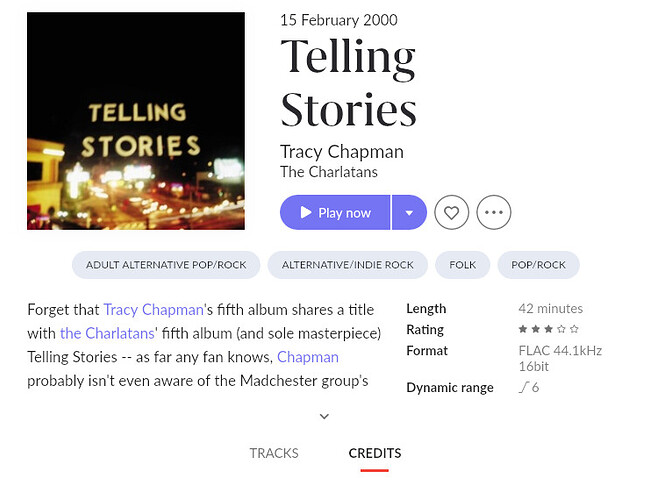 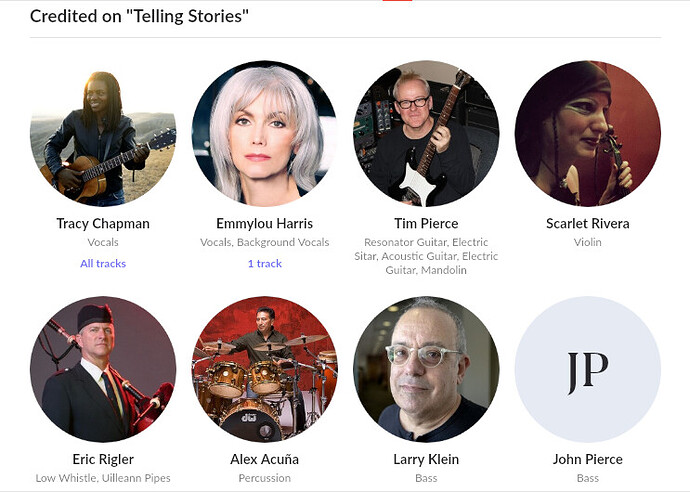 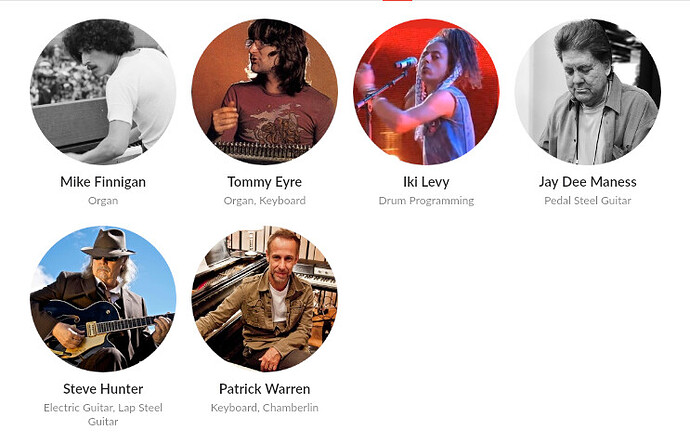 As can be seen, most of the credited artists don’t perform on any track(s) and the primary artist entry for the Charlatans is wrong (for this album).

Must have been a charlatan who has entered the false data into MusicBrainz.

The primary artist is clearly wrong, but the credited artists did play on the album:

View credits, reviews, tracks and shop for the 2000 CD release of "Telling Stories" on Discogs.

The problem here is that only TC is added to all tracks as an artist, most artists are just added on the album level but not on the track level. Emmylou Harris, however, is added to one track and therefore it looks weird and is simply incomplete.

I would certainly love if metadata was more complete and I wouldn’t be fixing and adding all the time but I hesitate to call it an issue here because then more than half of albums in Roon have issues. 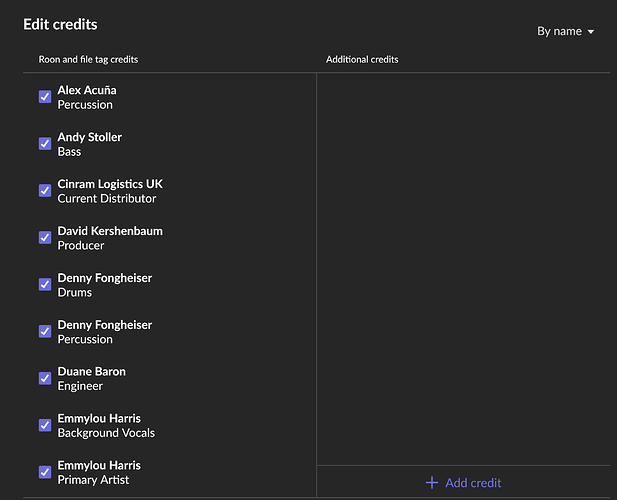 The track credit with EH: 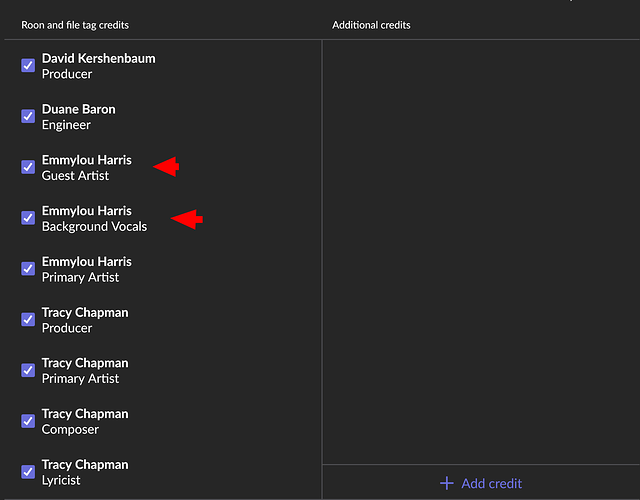 Yes, you are right regarding the credited artists (they are listed in the booklet).

The Charlatans album is titled “Tellin’ Stories” not “Telling Stories”

The faulty entry in MusicBrainz is a “clone” in the sense that it shares release metadata like release date, Label and Catalog number with Telling Stories by Tracy Chapman.

Thanks for reporting. I’ve submitted edits to MusicBrainz. You can see the open edits on this release here.

Unfortunately, this is a slow burn correction. It might take up to a week for the releases to be accepted into the MusicBrainz DB, then another week to be pulled into your library.