The Beatles In Mono

And another issue I’ve found with the Beatles is that it is identifying the Magical Mystery Tour Mono Remaster as Stereo, and won’t let me manually identify with the Complete Mono Box Set. See screenshot. 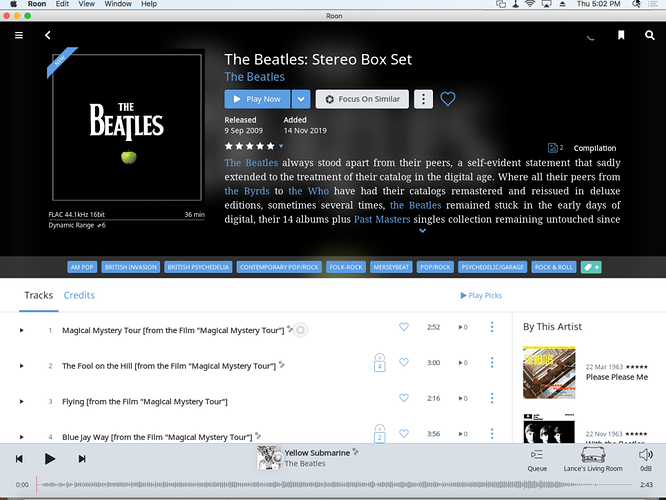 Roon should allow me to identify the album as having come from this box set, which is exactly where it came from, but there is no way to use Identify Album and have the box set show up.
https://www.discogs.com/The-Beatles-The-Beatles-In-Mono/release/1920733

When it comes to box sets, generally you’ll want to do one of the following: