The false Ray Cooper linked to an album

Hi,
I own the album “Tales of Love War and Death By Hanging” by Ray Cooper 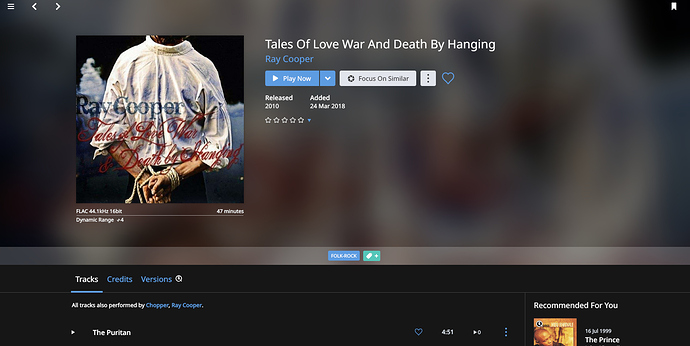 The correct Ray Cooper is also known as Chopper and was a member of the Oysterband.

But instead the Ray Cooper link points to this Ray Cooper

Raymond Cooper (born 19 September 1947) is an English musician. He is a session and road-tour percussionist, and occasional actor, who has worked with several musically diverse bands and artists including George Harrison, Billy Joel, Rick Wakeman, Eric Clapton, Pink Floyd and Elton John. Cooper absorbed the influence of rock drummers from the 1960s and 1970s such as Ginger Baker, Carmine Appice, and John Bonham. Incorporation of unusual instruments (for rock drummers of the time) such Continua...

The Chopper link points to this page 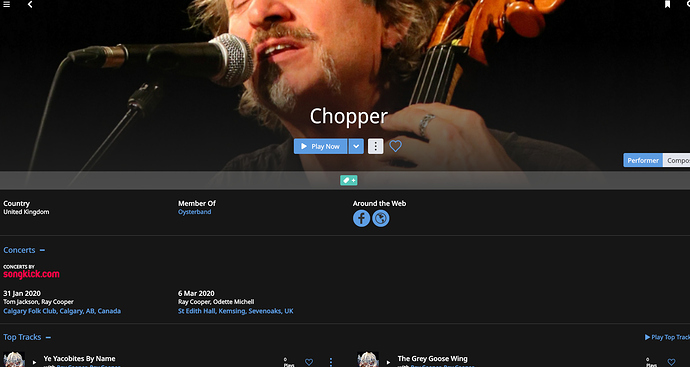 It’s basically the correct artist, but the songkick.com tour dates are identical with the wrong Ray Cooper. The rest seems ok.