The pretenders: mixed up

I’ve found out that there are 2 band called “the pretenders”. The famous one: 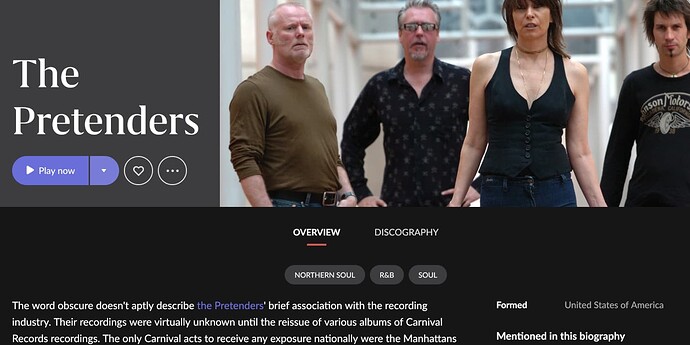 In my library these are completely mixed up: all my pretenders albums are credited to the second band.

They’re the same band. Second one is them years later than the first picture.

But the description in the second The Pretenders, with the older photo, is not Chrissie’s band, rather it is someone else’s band with the same name.

All I know is that both pictures are of Chrissie and Martin Chambers (long time drummer for the band). Both The Pretenders. Maybe what you’re saying is that the description of the second picture doesn’t fit…hard to say as I can’t see it all in your post.

Formed in USA and playing a different type of music too. This type of mix up is all too common unfortunately.