I’ve noticed recently that (quite often) classical albums from TIDAL that I view in Roon will show up as multi-disc albums. Here’s an example: 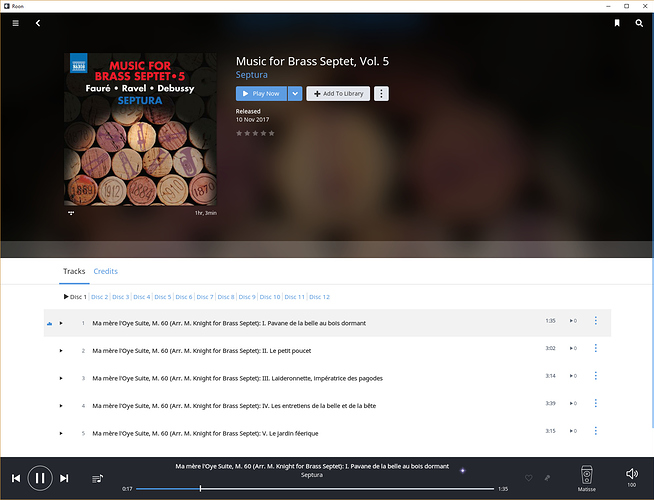 If I add the album to my collection, Roon continues to treat it as a multi-disc album: 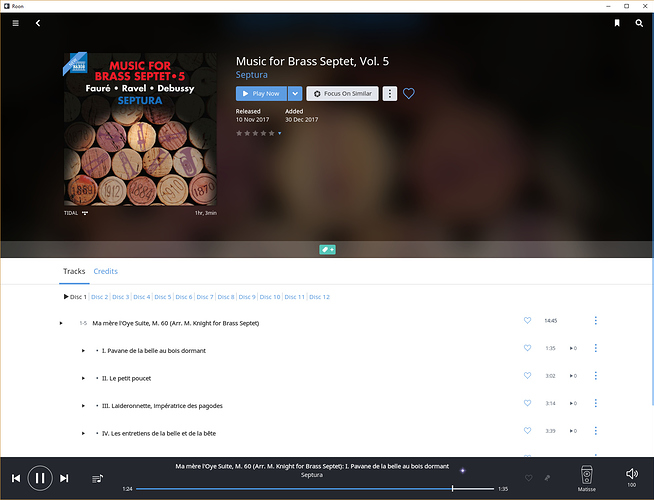 I need to manually identify the album before Roon gets its ducks in a row: 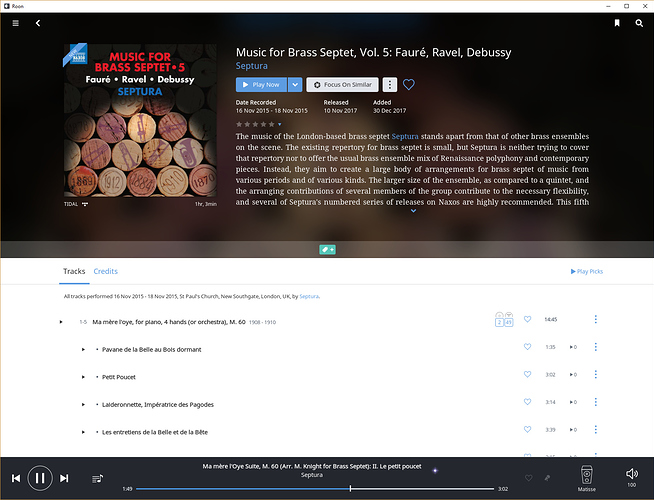 This seems to have started with Roon 1.4, but it could also be caused by something having changed at TIDAL’s end…

Gaah - why am I not surprised…

And they have the f*cking gall to say “expertly curated”…

Thanks to this topic I discovered Septura!

I’ve seen the same thing. I wonder if Tidal has changed something in how they ingest or process classical discs, because it was not usually like this but almost all the newly-released classical albums I’ve been listening to have this problem.

This really messes with Roon’s usability. I agree it is a Tidal problem (their data is wrong) but I wonder whether Roon could help either by suggesting to their Tidal contact what the problem is, or adding something which cancels out this effect within Roon? (We all know Tidal won’t notice this themselves unless it is hip-hop

As an old-timey computer programmer/analyst, I really don’t mind fixing problems.when they occur, it gives me something to do. These issues should really be corrected before I run out ot ingenuity to correct them.

I have been noticing this as well for the last few months and just sent a complaint to Tidal. I suppose people are noticing the track orders are sometimes wrong as well. Anybody have any update on this issue? Any possibility Roon can look up another DB automatically or by users manual selection or via some sort of internal auto-sorting engine. Rearranging a 40-track record is a helluva job especially the tools we are provide with in Roon for doing such.

@support
This happens frequently, especially with Reference Recordings albums. In fact, several RR albums that I had “straightened out” previously reverted to the multi-album format and had to be fixed again.

Here is my observation. When you search for an album, many times roon returns 2 versions of the same title. 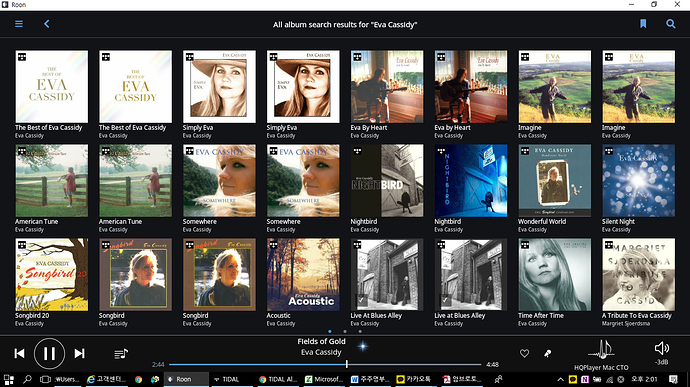 One of them is an evil twin. The other real album. Somehow some of the titles from Tidal you included in you library previously turned into the evil twins. What I do is delete the evil twins (you know it is the evil twin if it spits “title not available”) using edit menu and adopt the other twin, the real one. All is fine after that. Trouble is you have to do that to many troubled titles. If you search for an album title in tidal app, only the real ones show up.@joel please kindly look into this. i hope my observation helps.

The metadata chain is typically: record label → digital wholesaler → TIDAL → Roon. These errors are probably happening pre-TIDAL. When there are many tracks and discs on an album, it’s not always easy to know what is correct and what isn’t, particularly when (correctly arranged) multi-disc releases and “single disc” download/streaming releases are usually completely legitimate alternative releases of the same album.

This is on our radar and if we can do something sensible, we will. But it’s likely to be part of a major, more wide-ranging, piece of work to address consistency of metadata at the track level, so it’s not something which is going to be delivered tomorrow.