As an example, I’ll use a set of Alfred Brendel playing Beethoven piano sonatas. Here’s what it looks like in Tidal: 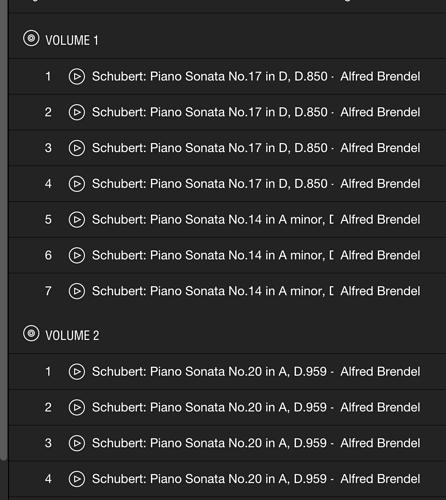 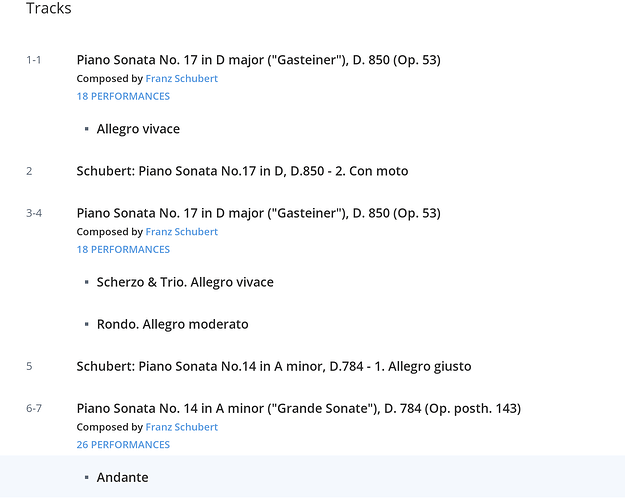 So, attempts to break it down into individual “works” haven’t gone well.

Is there anything I can do to address this? Fix it on my own system, and then maybe have it picked up by Roon?

I see this a lot. This is when Roon “half-identifies” a Tidal album. If you go through the process of manually identifying it, you’ll see some red track lengths. If you hit “Accept” anyway, the works will clump properly.

I’m unclear whether this is a bug or a problem in Tidal’s metadata or what. Maybe @jeremiah can comment.

Thanks Ludwig–that worked beautifully. There was just one thing I had to figure out: I needed to add it to my library, which I had not already done, before I could manually identify.

It would be nice to think I was helping Roon by doing this; will these changes in my own library feed back into the system somehow? Anyone?