Tidal: How to play Master

I’ve upgrade Roon to the latest version 207 and I’m able to see the Roon Master tab. However I can only play it at the 44.1khz 16bit.

Is there any setup I need to to to play at higher resolution? 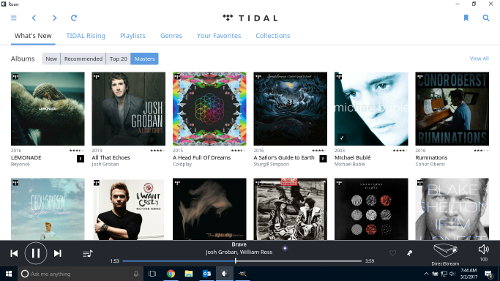 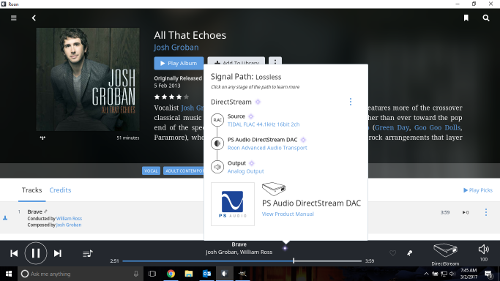 At present Roon does not decode MQA, so to the hear the encoded higher sample rate a MQA DAC is required.

However, it is on Roon’s roadmap … see this comment from another topic

In terms of new features coming, MQA software decoding is our top priority. It’s a top priority for MQA too. We want the same things you do, and we are well aware of the massive demand for this feature.

Something isn’t right for the OP if he did in fact press play on a Tidal Master Quality recording.

Either Josh is mislabelled or Roon is getting the wrong version from Tidal.

Go to the Tidal Desktop app. Add the Master Album to “your music”…it’ll appear on ROON and it’ll play the Master album. Its pointless unless you have the hardware to play the MQA format.

Hi Kiat,
You are correct that you should be seeing playback as Enhanced 44.1khz/24bit instead of lossless. Try other tracks and see if you get the same result. I don’t believe I’ve done anything special to get the correct result. 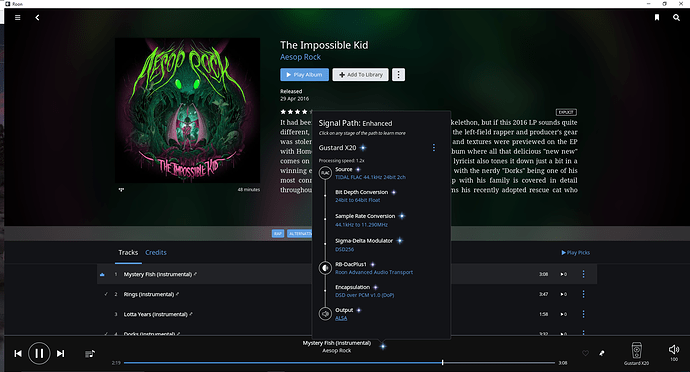 I think he is mislabeled or included incorrectly. In the Tidal Masters section for me, there is only 1 Groban album and it is not that one. I played both versions that are available and they are not MQA.

It’s not pointless to play undecoded MQA, it’s at lease and I would say better than CD.

This is born out by the light on my Mojo glowing orange and not red thus indicating a 48khz feed when taking the feed from Roon and glowing green if I take it from Tidal itself with their software unfolding 1st level (ie a 96khz feed).

Certainly worth listening to over standard, even via Roon. IMHO.

Most but not all files are 24 bit. If I remember correctly.

Tidal themselves are pretty rubbish, however, that masters list on the homepage is not complete and it’s not been updated since I started my subscription again about 6 weeks ago. So much for their USP

- in all honesty, hand on heart, I’m hard pressed to hear differences in identical versions at differing bit rates over 16/44. It’s more psychosomatic for me. If it’s there and alleged to be better, then why listen to a “lesser” version

Actually, that’s my philosophy with Tidal itself. I just was not listening to spotify or gplay music, both premium services, and now am listening to tidal happily; simply due to the fact that my brain is telling me it’s “better” and can be listened to along side my flac collection.

This is what I know to be generally true based on my own tests on different players, but not specific to Roon:

For native Tidal streaming (not using Roon or official Tidal app), Lumin players belong to case (a). Esoteric N-05 belongs to case (b) at this moment.

I don’t know which case Roon belongs to, however. 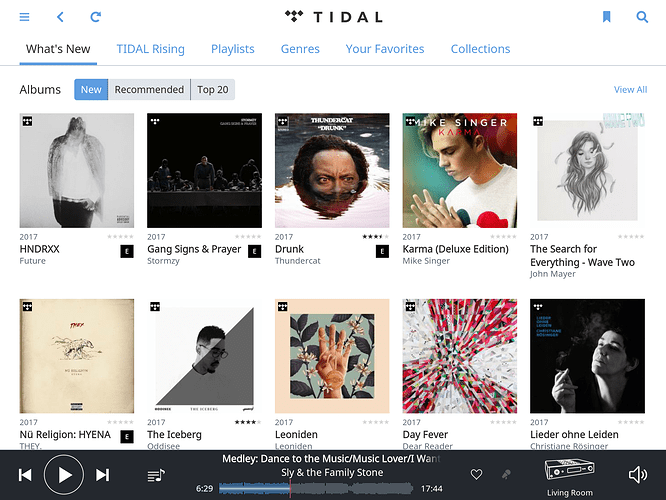 Do I have to restart my whole server?

@Michael_Wyden Have you updated your core/server to 208? (you need to)

@joel Yes I have 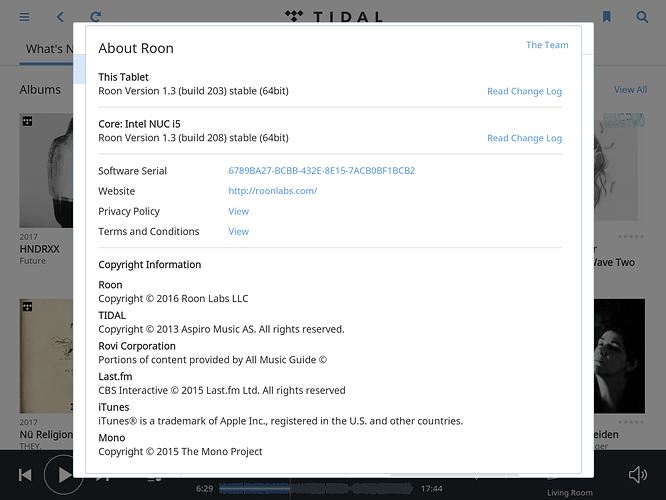 Oh, you need to wait for the iOS update. Sorry about that. The build has been submitted to the App Store; we’re just waiting on approval. If that’s an Android tablet screen, then you need to update. Thanks for your patience.

Oh, that’s why. Good to know, I’ll wait for the iOS update to pop up. Thanks a lot!

Most but not all files are 24 bit. If I remember correctly.