Tidal metadata for classical albums - will it ever improve?

I’m almost at the end of my trial month with Tidal and, while I’m very happy with the integration with Roon and mostly with the choice of classical music, I find the lack of metadata for classical albums very frustrating.

A good example is the recent Dacapo release of the Nielsen concertos - one of Tidal’s recommended albums. In Qobuz, for each track, you can see the work, artist and composer

In Roon/Tidal though, all you can see is a track title with no indication of the work, and no composer or artist details. 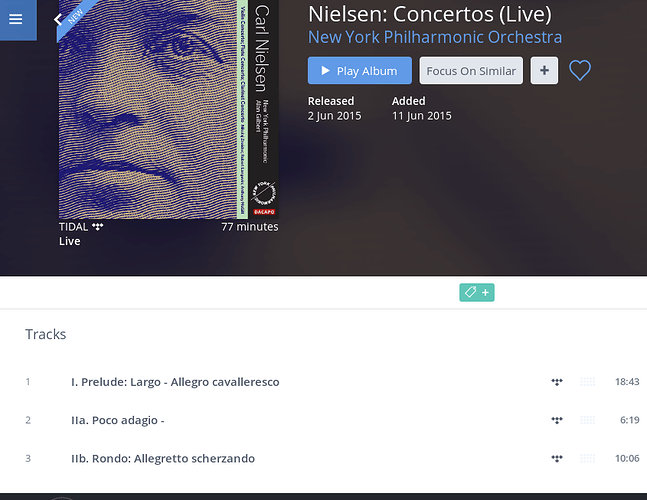 There are many examples like this, e.g. all of the Dacapo Nielsen symphonies, the recent recordings of the Mendelssohn & Tchaikovsky: Violin Concertos by Arabella Steinbacher and, particularly bad, 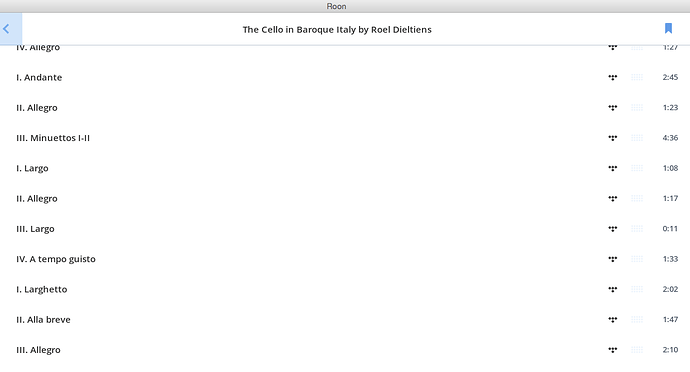 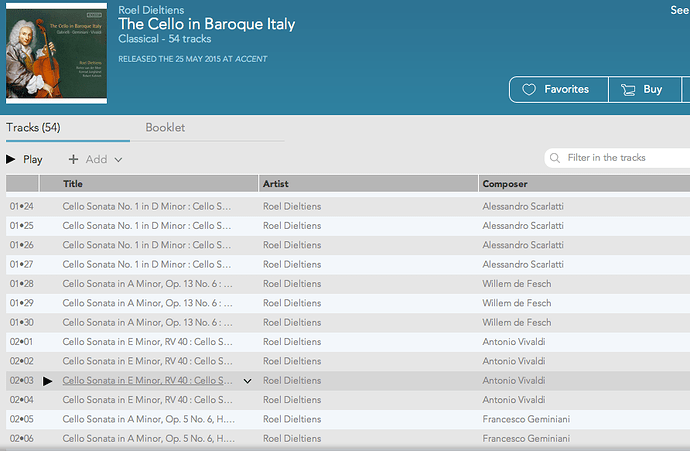 Is this situation likely to improve at all? Despite the plus sides, I’m seriously wondering whether Tidal is worth £20 a month the way things stand with classical music.

Did you try reidentifying the album(s)?

There is a bug by which many Tidal albums (maybe 50% for me) appear not to go through the identification process, and one has to trigger it by hand.

This didn’t help with these albums. Thanks for the suggestion though.

I tried again from the Edit Album Information window and had more luck - I’ve identified the Dacapo albums now. I also checked a few older Tidal albums and the metadata was fine. I’d not really picked up that Roon wasn’t identifying some albums so was using the (inadequate) Tidal metadata.

Looks like I’ll be staying with Tidal for the moment