I’ve Auralic Mini streamer in my bedroom, to my surprise, there’s a new column called ‘Masters’ this make it much easier to find MQA albums. What strikes me is the bit rate in Tidal MQA hovers around 1.4Mbps to as high 1.7Mbps as oppose to conventional FLAC that goes as low as 500kbps to 1.2Mbps. It takes much longer to buffer MQA especially when switch from album to album.

Occasionally, I got drop-outs and re-buffering, at the moment, there’s no software MQA decoding built-in. According to Auralic, they going do their own proprietary up sampling, which is interesting. 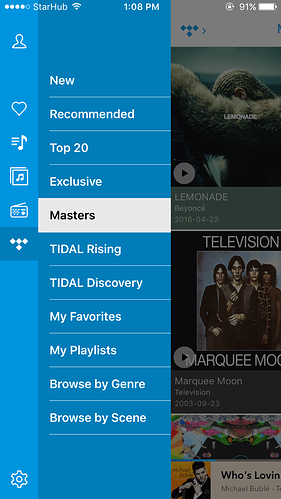 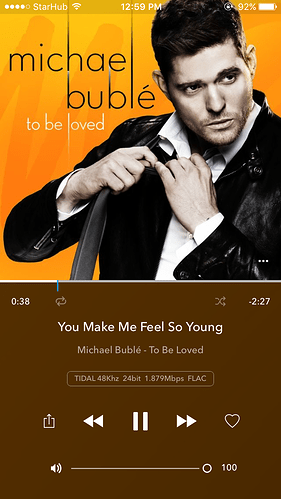 MQA is 24bit FLAC, not 16, and the least significant bits (where the interesting stuff is in MQA’s scheme) don’t look like audio to the FLAC codec, so it doesn’t get great compression ratios.